The entrepreneur recently sat down with PAXnewsWest.com and described how he found a way to amalgamate education, sustainability and luxury into a single eco-sensitive tourism operation with a zeal for connecting people with nature.

Markel's childhood was spent on boats, and he grew up developing a strong connection to the West Coast and its wildlife, eventually leading him to pursue a doctorate in marine biology. Outer Shores, which offers specialty expeditions throughout six coastal regions in B.C., stemmed from his desire to parlay his academic and maritime backgrounds into a career, and share the province's coastline with others.

“One of the biggest challenges for conservation biologists is actually getting people to understand why [conservation] matters,” he said of his motivation for designing the business with such strong sustainability and conservationist elements. “The best way is to connect people with nature.”

While there are other nautical tour companies operating out of B.C. with similar offerings for whale watching, bear-viewing and further quintessential West Coast experiences, Markel believes there’s something Outer Shores has that arguably sets them apart from the rest: Passing Cloud, an authentic, 70’s luxury schooner.

Expeditions are comprised of four- to nine-night journeys aboard the vessel, with ground (or, depending on the region, air) transportation from clients’ arrival points to the place of departure, meals and accommodations all included in the price tag.

As Passing Cloud’s capacity allows for only six to eight guests per expedition, clients are ensured an intimate, personalized experience - something that, according to Markel, is all part of the Outer Shores experience.

“This is your adventure,” he says, referring to the message he consistently tries to convey to guests both pre-departure and throughout each trip. “We want it to be what you want it to be.” Depending on the guest, this could mean a restorative getaway with plenty of time for reading, relaxation, and watching the sunsets, or an interactive learning experience, complete with sailing lessons, kayaking, and guided hikes along the shoreline.

Outer Shores goes about determining its clients’ adventure goals by way of an extensive questionnaire, which is distributed prior to departure. This helps the company plan the expedition itinerary to ensure that each guest’s idea of a nature sailing tour is realized, which actually means leaving lots of time for side-trips and unplanned moments.

“A lot of people like schedules,” Markel says, “but once they’ve arrived from the airport, the most detailed part of the trip is over. After that, there is no fixed itinerary. We know the distance we want to sail to, generally, but what we offer is truly an adventure in the sense that where we go will be guided by where the wildlife is, what the weather is like, and what the preferences and travel objectives of our guests are.”

At the end of each trip, clients usually realize that even if they didn’t necessarily see or do everything they set out to (it is, after all, ultimately up to Mother Nature), the journey has delivered other surprises that couldn’t have otherwise been anticipated.

“We could be having coffee on the deck, and all of a sudden, we’re surrounded by a pod of orca whales, or there’s a wolf or a bear on the shore,” Markel explains. “It’s all part of never knowing what’s around the corner.”

Outer Shores’ reliance on the generosity of its surroundings means it takes its role in conserving them very seriously. The company is diligent about operating as sustainably as possible, including sourcing its food from local stores and farms, using onboard recycling and composting programs to divert waste from landfills, and designing itineraries to maximize sailing time, which means using less gas to propel the ship (it helps that Passing Cloud is a sailing vessel, requiring limited use of the motor). In terms of numbers, Outer Shores contributes two per cent of trip fees to the Outer Shores Conservation Fund, which directs money into conservation and resource activities for the B.C. coastal region. As part of its cultural heritage and ancient civilizations expeditions, Outer Shores has also developed protocol agreements with First Nations groups whose territories they visit, and hires local guides and businesses in these territories as needed during the voyage. The protocol agreements are ongoing, one of the developments being a program offering training to First Nations youth aboard Passing Cloud. It’s a process that takes time, whereby Outer Shores must lay out who they are, what they do, and their motivations in order to develop trusting partnerships with the groups.

“It’s assuring the groups that we’re not just there to raise money; we’re there to provide people with the opportunity to share in their culture, to experience what’s happening in their territories,” Markel says.

Now three years since its inception, Outer Shores has begun the process of closely tracking its carbon emissions, purchasing carbon offsets and becoming carbon neutral, done in cooperation with the energy efficiency organizations in order to achieve maximum transparency in their practices. Accountability is a priority for the company, in a large part due to Markel’s expert knowledge of the current state of B.C.’s coastal ecosystem, and his vested interested keeping it alive for years to come, for the industry as much as for the Earth itself.

“I think that in the future, travellers will judge companies in part by what their carbon footprint will be from their trip,” Markel says. “I think that’s something the travel industry should think about together; how do we put that information out there, how do we measure it, and allow our clients to make informed decisions on the kind of impact their trip will make on the planet?”

Ecotourism - and ethical tourism - is not a new concept, but according to Markel, increasing its availability in the travel industry is an obvious requirement for both the earth and its inhabitants.

“What comes with [eco/ethical tourism] is us contributing to a conservation-based economy, where communities can use tourism as a foundation for growing their economies,” Markel says, explaining that in his industry, that’s what he hears being talked most about.

As far as the future of Outer Shores goes, short-term goals are to fill all the slots of its eight month season, long term goals include developing the Passing Cloud’s green practices as far as they can go (there are plans for solar panels, wind turbines, and an electric or diesel engine).

The company, which has already started building a roster of returning guests, is also seeing increasing interest from international travellers looking for a taste of quintessential Canadian wilderness, with new clients coming in from as far as Germany and Australia. There is no fixed age; Outer Shores has hosted guests ranging in age from two to 90 - although certain mobility requirements apply. Outer Shores offers direct bookings through their website or by phone, and they currently work with agents on a commission basis as well.

For select departures during their spring/summer season, Outer Shores is offering up to 20 per cent in savings on expeditions to Pacific Rim National Park, Great Bear Rainforest, and Haida Gwaii. Bookings must be made by March 1, 2015. 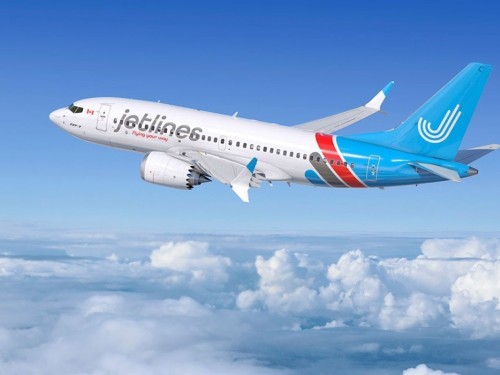 Canada Jetlines still on the tarmac as launch delayed again