An alliance that was more than 20 years in the making, CWT and Virtuoso have formed a unique partnership that insiders say will open a new realm of travel possibilities for their customers.

The Virtuoso travel luxury network started working with Carlson Wagonlit Travel more than 20 years ago in the United States. The new partnership builds on that longstanding relationship while staying true to CWT’s identity and values.

“We’re CWT first, but we’re also part of Virtuoso,” O’Leary said. “CWT will still be doing all its contracts with its partners, and we’ll simply roll out Virtuoso.”

Describing the one-of-kind partnership as a “consortia within a consortia,” O’Leary confirmed that “nothing changes” at CWT except for the fact that travel advisors can now offer their clients more choices by having access to Virtuoso’s amenities.

“That has tremendously advanced our value preposition in the market,” said O’Leary, sharing the news with some 50 supplier partners and more than 200 travel pros, business owners and managers at the Sheraton Toronto Airport Hotel & Conference Centre last month at the company’s “We’re Going Places” conference. 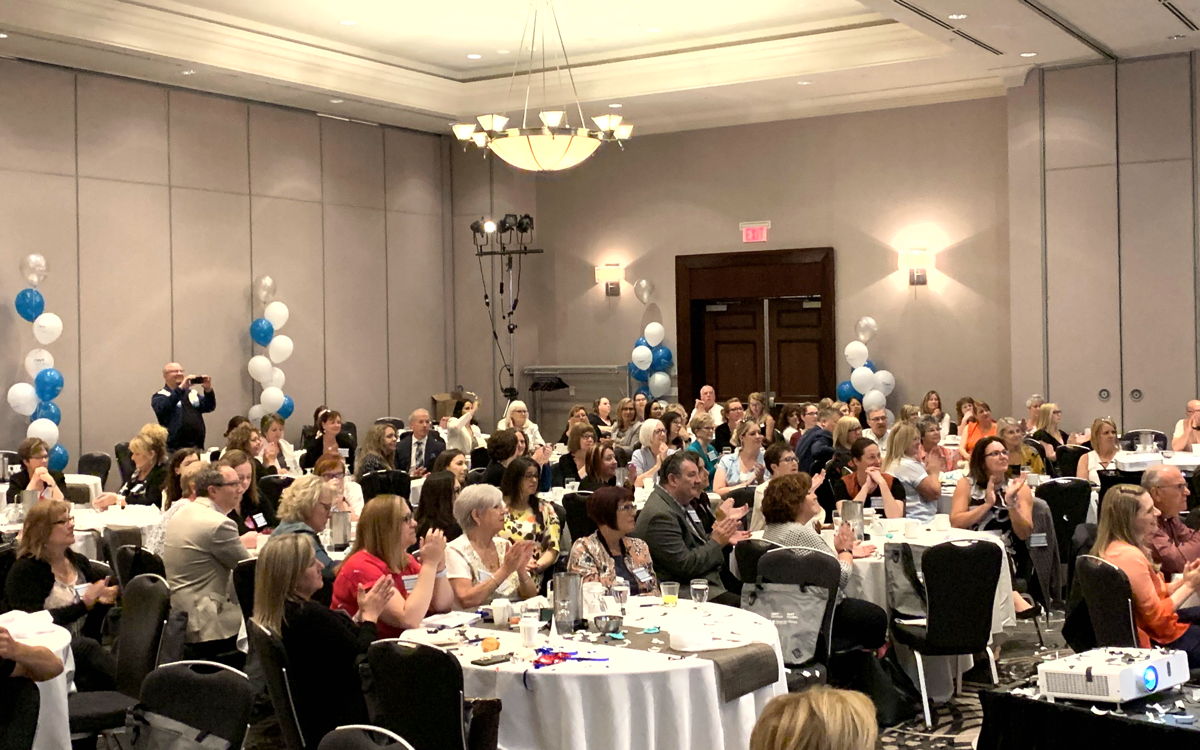 For CWT stakeholders, partnering with Virtuoso “enriches our ability to story-tell and choose something for customers that will have them coming back with experiences,” O’Leary said.

It’s not a one-size-fits-all approach either, O’Leary explained.

“Customers have this profound desire for unique and individual experiences,” she said. “As we evolve as a leisure organization, we want to make sure we’re providing choices.”

Last February, it was announced that Carlson Wagonlit Travel (whose origins date back to the 1870s) would be rebranded as CWT as part of a larger digital development strategy.

A big part of the rebranding included the unveiling of a new global corporate logo – a sanguinello (orange) and charcoal “CWT” that features a subtle ribbon "swoosh" at the base of the T.

“The font was chosen because it’s very good in the digital space,” O’Leary told conference attendees in Toronto. “This is fresh, this is new.”

CWT’s leisure division will be rebranded as CWT Vacations and CWT Voyages (for the French market), which is also accompanied by new logos that embody a colour palette of “oceanside blue,” charcoal and white. 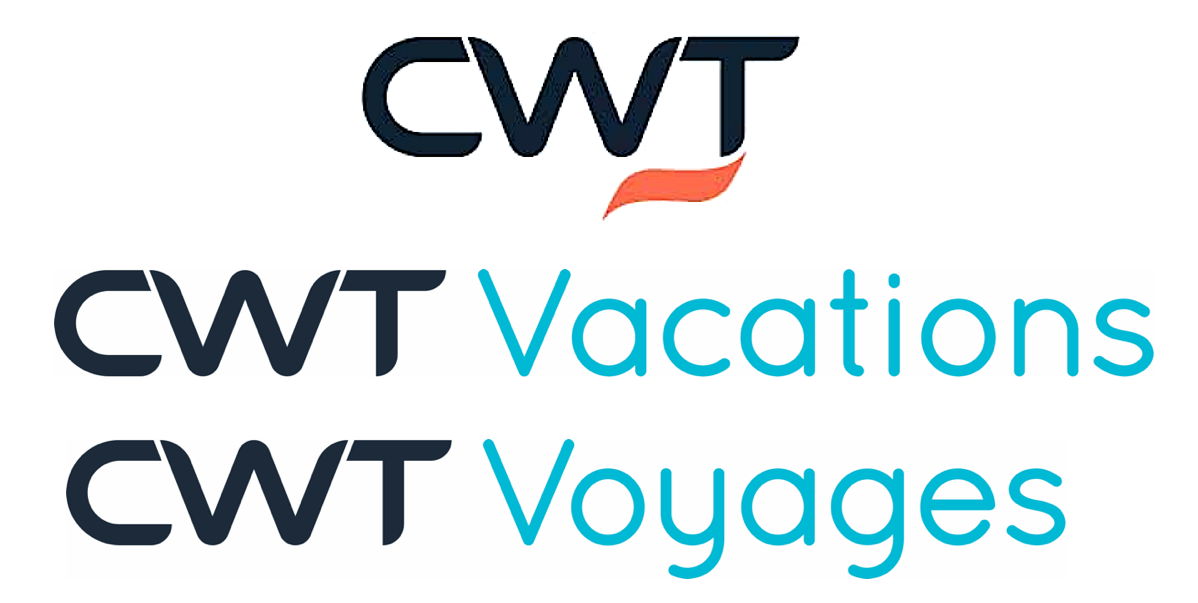 “It’s that colour you see when you fly over Riviera Maya as you’re about to land and start your beautiful vacation on that beach,” Ufniak said.

CWT Vacations is leveraging the tagline “Your World Starts Here,” a phrase stylized to include the globe, Ufniak said, and one that lends itself to CWT’s core belief that customers deserve a tailored travel experience.

The rebranding will unfold in four phases: phase one (currently underway) is strictly an internal launch; phase two is this September, whereby which “CWT Vacations” will begin to surface in consumer media. CWT’s websites will also change at this time.

Phase three will update CWT’s third-party assets (booking platforms, itineraries); the fourth will represent a complete rebrand of CWT across all channels.

“As of January 2021, we can’t say Carlson Wagonlit Travel on anything anymore. That is when we, legally, will not be using that name,” Ufniak said.

“When you’ve had a brand for so long, you can get a little stale. We see a different passion and engagement now,” Stubbert told PAX. “We want [advisors] to take that passion and energy and share it with their customers. It’s the stories that are going to resonate.”

“The feedback has been fantastic,” Stubbert noted. “I think it just goes to show that we’re really engaged with what [branch managers] are looking for.”

The engagement was flowing at June’s leisure North American regional conferences, a three-day event that touched down in Toronto, Quebec, Vancouver and Minneapolis whereby attendees participated in training, presentations, trade shows and workshops.

In Toronto, guest speaker Graham Sherman, co-owner of Tool Shed Brewing Company, told a rags to riches story about the challenges he faced in getting his Calgary-based craft beer company off the ground. 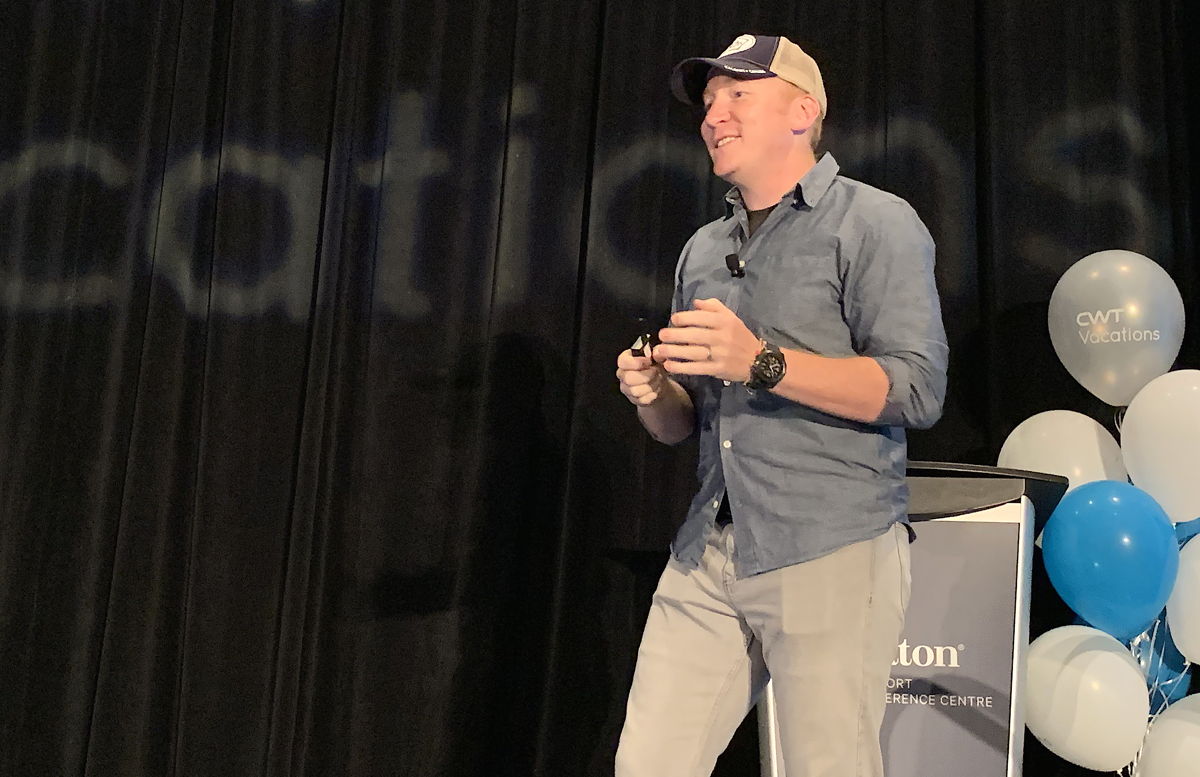 At its heart, Sherman’s story reflected CWT's passion for storytelling and the importance of putting customers first.

Above all, CWT's chosen theme, “We’re Going Places,” was truly indicative of company that is moving in a new direction.

“We’re really moving ahead,” said O’Leary. “With so much disruption going on in the industry right now, we feel blessed to be in a positive place because we have good news. It’s a positive change.”