“Our mission and goal as a company is to empower the agent,” said Gregory Luciani, president and CEO of TravelOnly. “To share new ideas, experience new products and build the team. That’s critical to our success.”

How do you empower travel agents who are potentially working 100 hours a week?

Reward them with a magnificent experience they’ll never forget.

That was the focus last week (April 21-28) as TravelOnly hosted its sixth annual President’s Club retreat, a rejuvenating experience crafted exclusively for the host agency’s top-producing associates – agents that have sold upwards of a million dollars or more – in Los Cabos, Mexico. 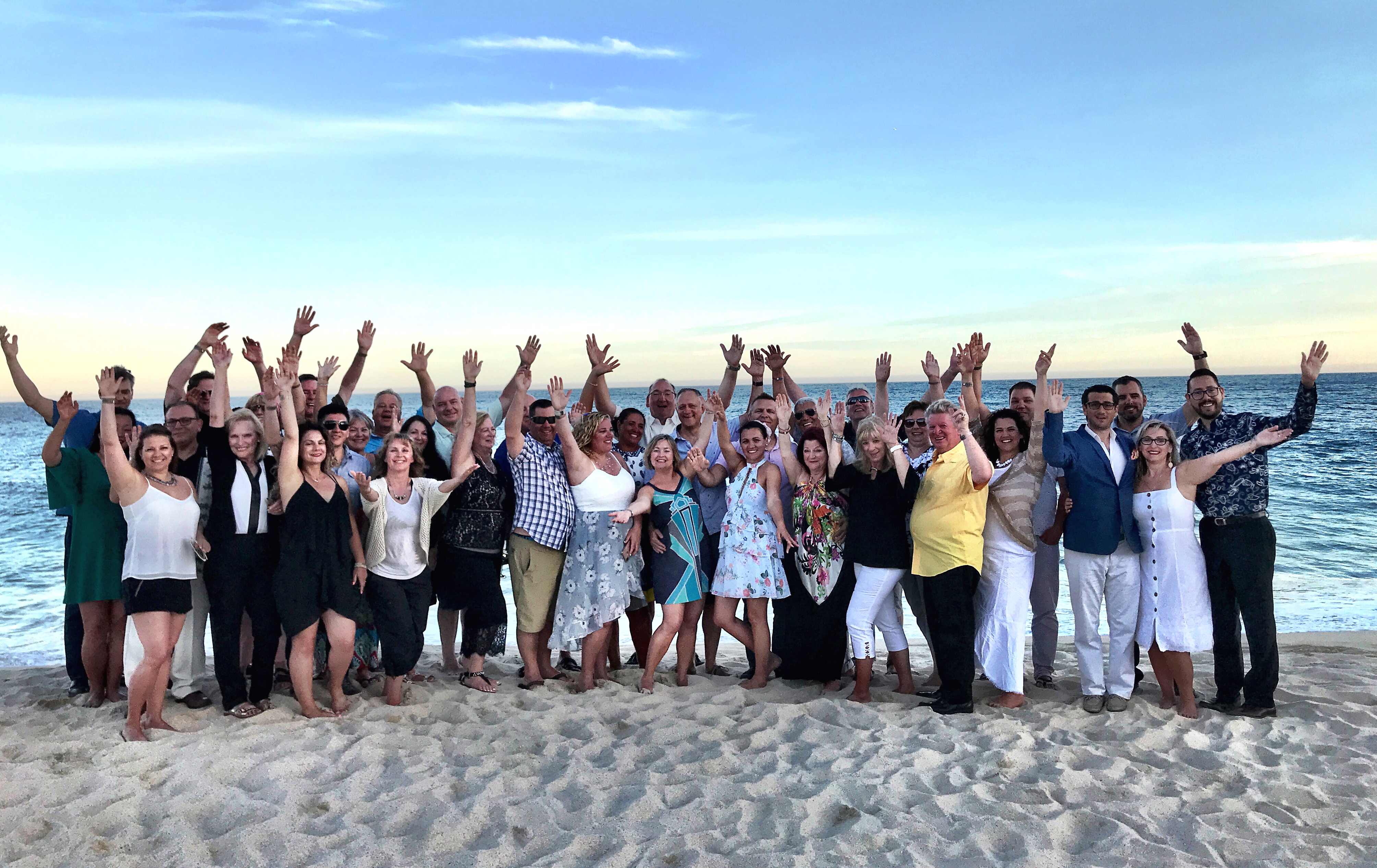 This year’s trip, which hosted 13 TravelOnly associates and their significant others, unfolded at the new, uber-chic Le Blanc Spa Resort Los Cabos.

And like all TravelOnly events, the trip was a family affair as the Luciani clan – Gregory, alongside his father Patrick (TravelOnly’s founder and chairman) and mother, Ann (the company’s CFO) – joined in on the festivities.

“This is an opportunity to reward people who work really, really hard,” Patrick told PAX, which was invited to cover the retreat exclusively. “This past year was the best year we’ve ever had, commission-wise, for our agents. They’re doing something right.”

The President’s Club represents 25 per cent of TravelOnly's overall revenue, Mr. Luciani explained. “It’s a very special, special group,” he said, noting that many top producers go out of their way to help mentor other TravelOnly associates.

More than a luxurious getaway

The retreat gave guests an opportunity to absorb epic desert views of mountainous Los Cabos, where the Sea of Cortez meets the Pacific Ocean, and where it wasn’t unusual to see whales splashing under the morning sun from Le Blanc’s trendy waterfront terrace.

There were excursions – notably a yachting and snorkeling adventure in Cabo San Lucas, where agents took photos near Playa del Amor (Lover's Beach) and El Arco, a famous natural archway in the seacliffs. 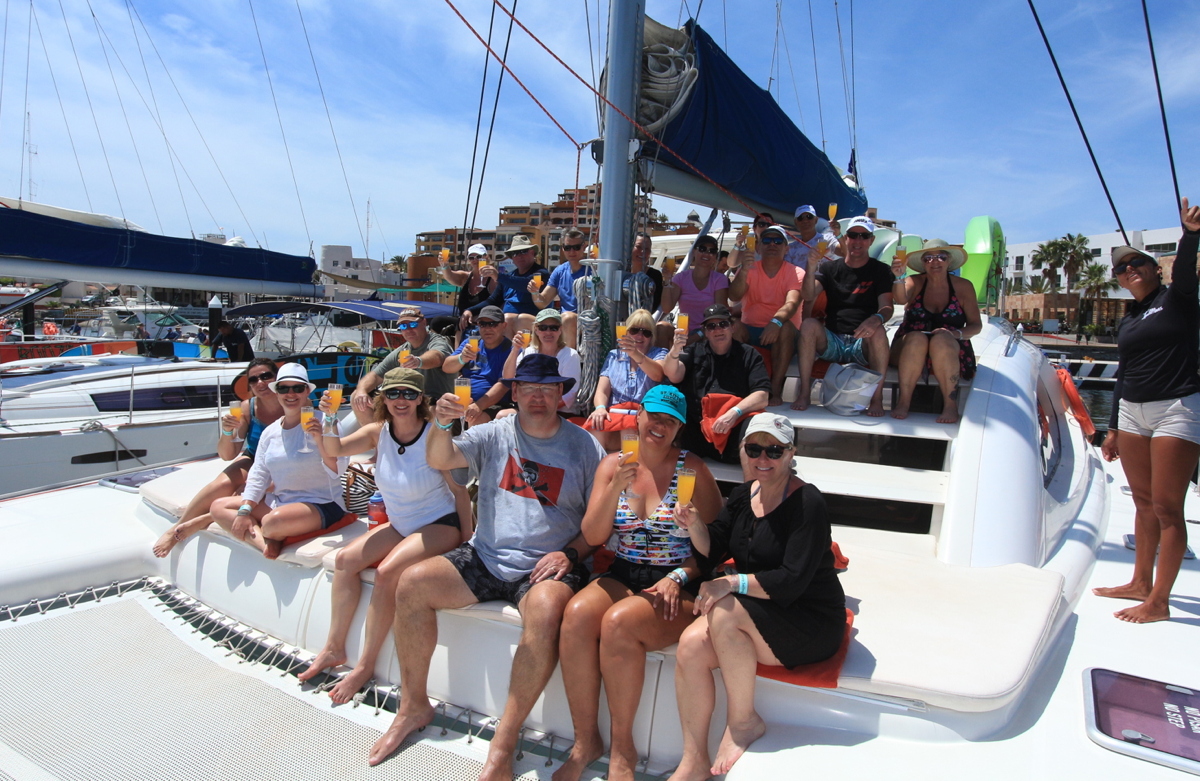 Attendees visited a local glass blowing factory and toured Todos Santos, a small town on the Pacific coast of Mexico’s Baja California Peninsula, where everyone lunched at the Hotel California – which may, or may not, be the hotel referenced in the famous Eagles’ song of the same name (It depends who you ask).

But the trip was much more than a luxurious getaway in the desert.

For top producers, it was an opportunity to spend quality time with six of TravelOnly’s preferred suppliers, all of whom joined in at various times throughout the week

Scoring one-on-one time with suppliers in a relaxed environment – an opportunity that isn’t always achievable at industry events – is “the bedrock” of the retreat, Gregory explained.

“From a preferred supplier perspective, it’s a home run for them,” he said. “They get to sit down with our top people, build relationships, and figure out new ways to work together.”

“Having the movers and shakers here is really important for me,” Diana Winters of Le Blanc Spa Resorts told PAX. “These agents sell an exceptional amount of product. These are people who can make things happen.”

The new Los Cabos location is just more than a year old. Winters calls the property “romance and luxury, personified.”

“It’s service beyond your wildest expectations,” she said, referring to Le Blanc’s many upscale amenities. 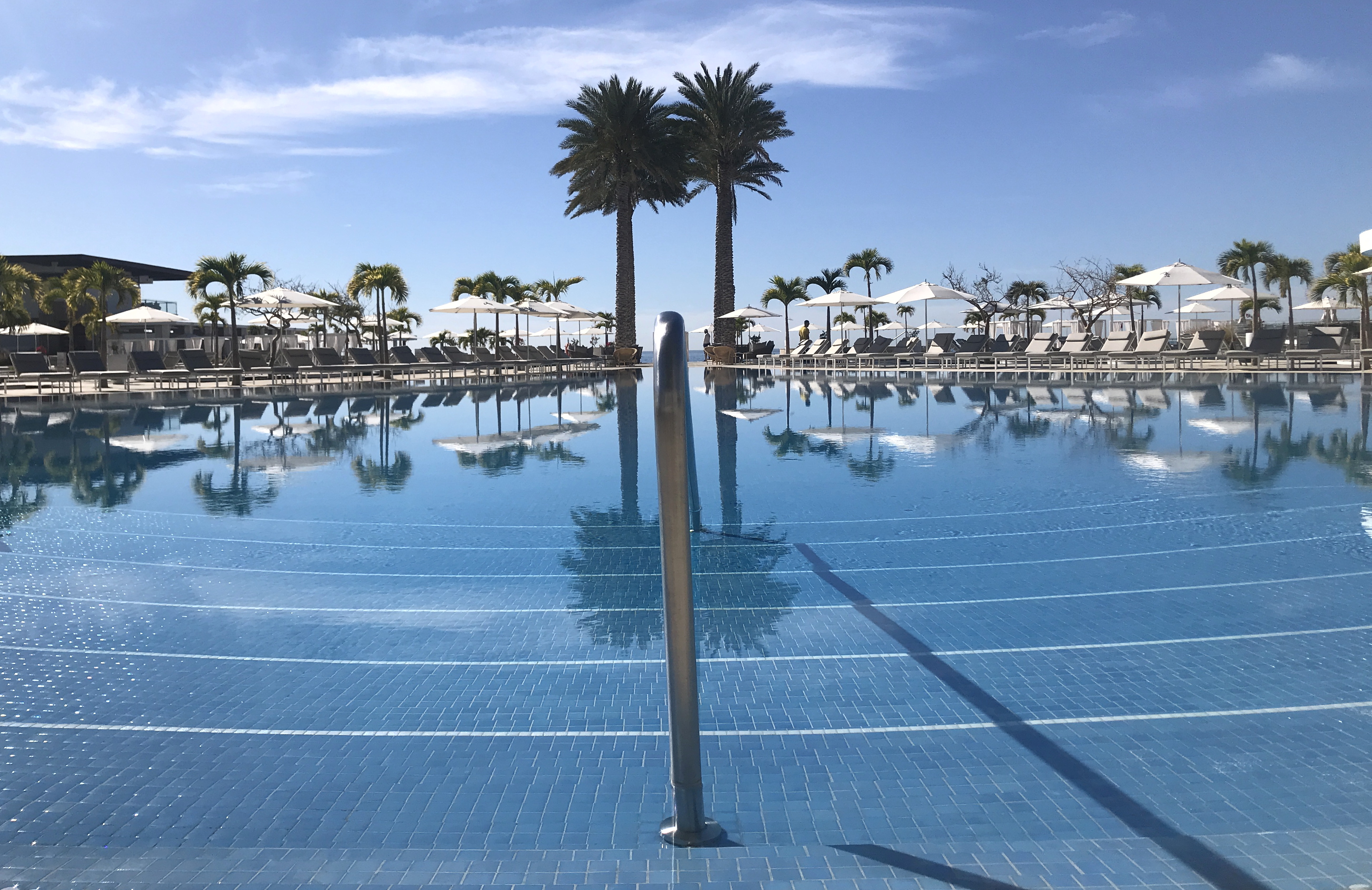 Those include a butler service (attendants will even draw a bath for you using custom-made soaps, if your heart desires), seven world-class restaurants, and a relaxing spa that includes a complimentary hydrotherapy area of saunas, steam and ice rooms, facial towels and whirlpools.

Scents of eucalyptus fill the air in Le Blanc’s lobby and hallways – “our secret sauce,” as Winters calls it. “You can sit anywhere in this resort, close your eyes, and feel like you’re in a spa,” she said. 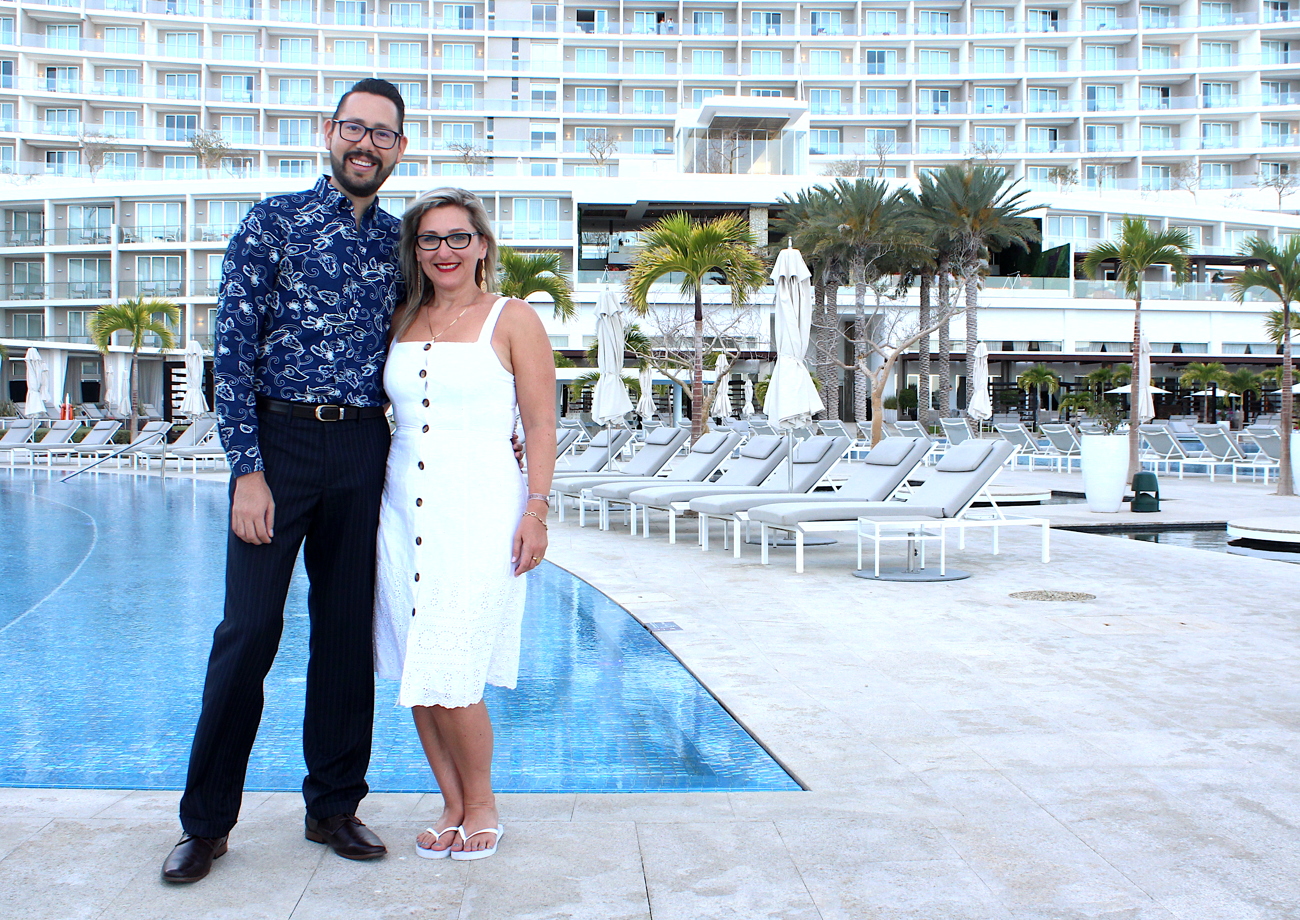 “Los Cabos is known for luxury,” Vargas told PAX, noting that Le Blanc is the only luxury, adults-only, all-inclusive property in the region.

Vargas said it was “an honour” to host TravelOnly’s top producers. “When they go back to Canada, they can recommend us to their clients because they’ve had the experience.”

What the partners had to say

Sandra Gardiner of AmaWaterways spent almost her entire week at the retreat.

“These are top-notch agents, all with a different set of needs,” Gardiner told PAX. “Some are into groups, health and wellness; others do budget-minded holidays. We were able to take that and determine how river cruises would be best suited for their clients.”

“Participating gave me the opportunity to discuss short and long-term initiatives with high-volume producers, and at the same time, focus my attention on high-volume producers who do not sell many cruises and then determine what level of training we need to give them,” Brooks told PAX.

Stephanie McDonald of Royal Caribbean International appreciated having the opportunity to learn more about the “needs and requirements” of TravelOnly’s top producers, as well as getting to know the Luciani family more on a personal level.

“To be able to spend the entire week with one company...It’s worth every dollar that we spend,” McDonald said.

Sevi Anagnostis of WestJet Vacations said the top producers were “open to discussing candidly what more we can and need to do to continue to grow our business together.”

“As we transition into a global airline and grow to destinations we haven’t flown before, gaining their knowledge and experience will be key in our success. I feel that the connections made during our time together will be mutually beneficial,” she said.

With the ability to forge new relationships, associates can then “reinvent” themselves, Gregory said, something that is key to TravelOnly’s success.

“We’re a collective group,” Gregory said. “As we forge our relationships, we become stronger and more valuable to our partners.”

So how do you become a top producer?

“First thing’s first is to believe,” Gregory said. “Associates have to believe they can do it and they can. It’s a level of confidence that doesn’t come down to knowing the product. It’s believing in yourself and having support to get you to that next level.”

It also comes down to average rates of commission, what products are selling, and how associates are spending their time, Gregory said. 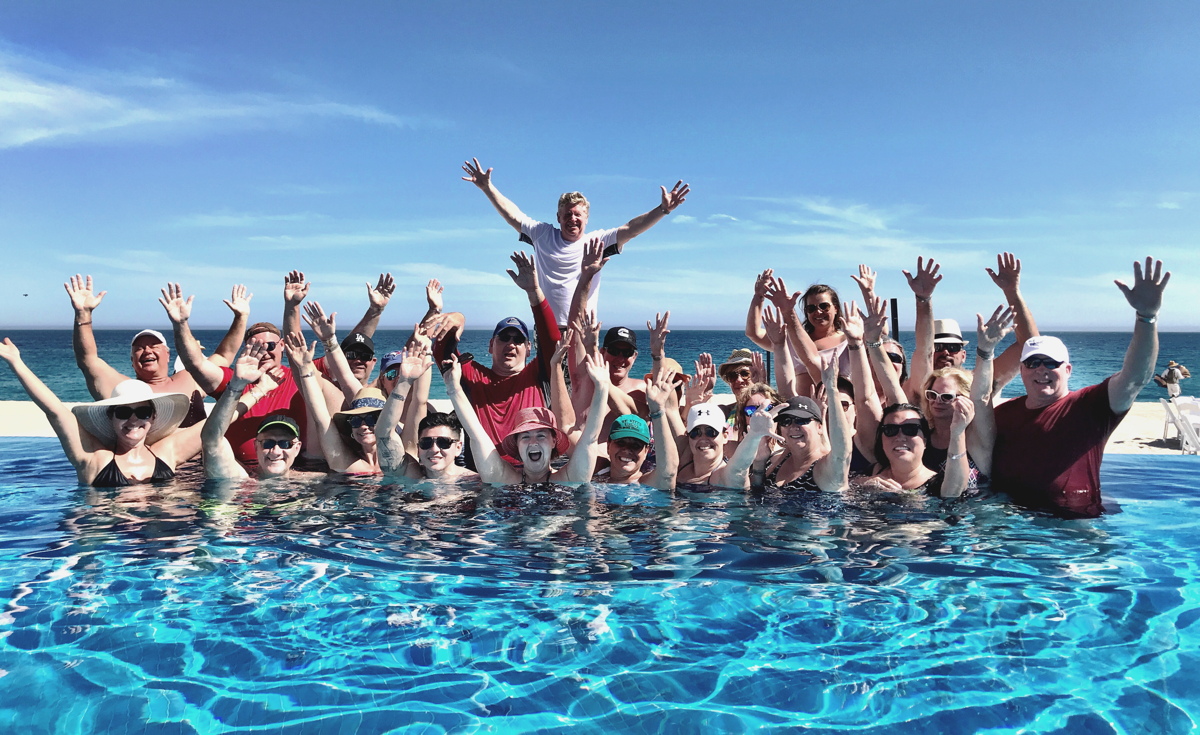 Top producers sell products that may be more complex and require months of planning, such as destination weddings, meetings and incentive trips, and niche-specific travel – “Something as niche as quilting tours,” Gregory said. “There’s virtually no competition and there’s a great margin.”

Many top producers have become influencers within their own communities, Gregory said, with some, for example, running YouTube channels with up to 50,000 subscribers.

“Our top producers understand the power of being a pied piper,” Gregory said. “These are people who have figured out how to be successful in an industry that has completely changed within the last five, ten years.”

But TravelOnly’s President’s Club retreat goes beyond rewarding top producers with a fabulous experience. It also serves as a motivator to President’s Club-hopefuls in the company’s network of more than 650 home-based associates.

“There’s people watching who are motivated to do more sales and become part of this group,” Ann Luciani told PAX. “It’s an incentive for next year.”

And it’s an approach that’s working. Last year’s President’s Club retreat – a voyage at sea with Silversea Cruises – saw eight top producers, whereas this year welcomed that plus five more.

“We have some of the best people in our industry who are conscientiousness about serving their clients,” Patrick said. “That’s a blessing.”