It was the Oscars of travel industry events.

“TADA is about recognizing the best of the best,” Ian Elliott, TravelOnly’s vice-president of sales and marketing, told PAX at the event, which welcomed some 200 attendees. 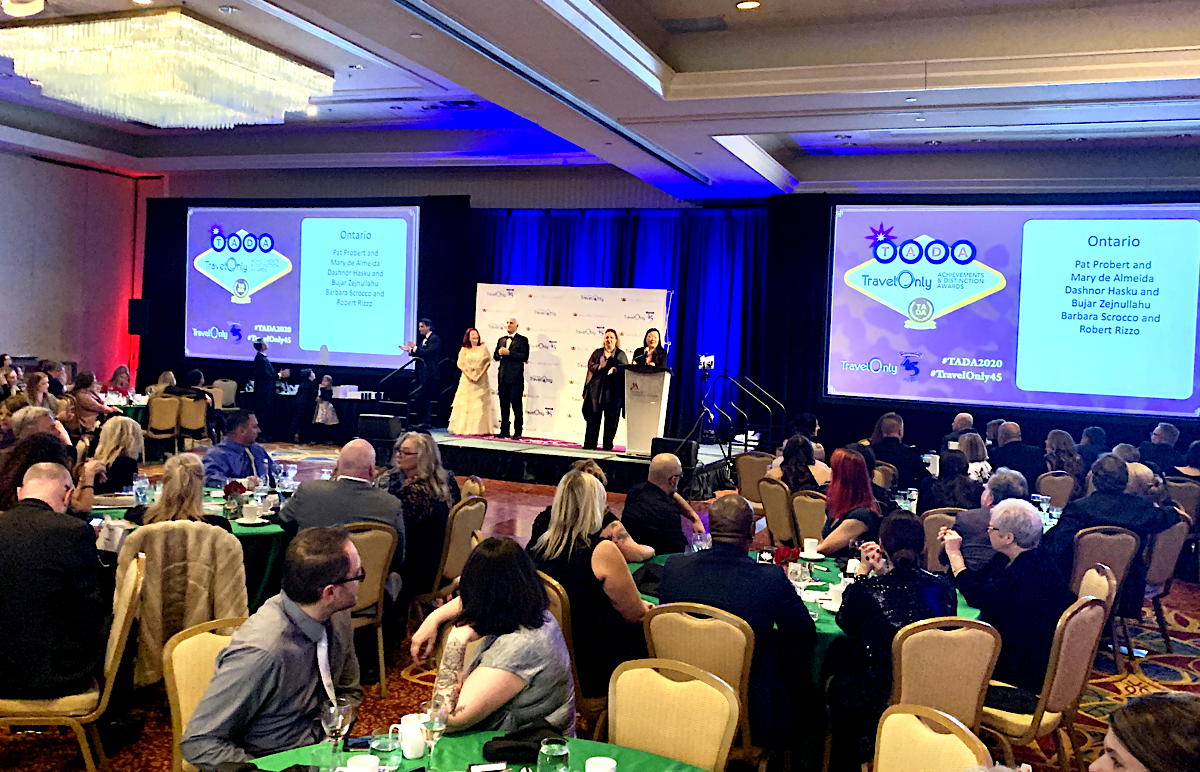 The flashy affair, now in its fourth year, kicked off with a bustling cocktail soirée and trade show (featuring some 30 top-notch suppliers) before transitioning into an elegant gala and dinner, where dozens of trophies were handed out.

TravelOnly’s TADA Awards originally began as an event to honour the company’s President’s Club – advisors who earn $100,000 or more in commission (which translates to roughly $1 million or more in sales) and whose sales represent 80 per cent of TravelOnly’s preferred partners. 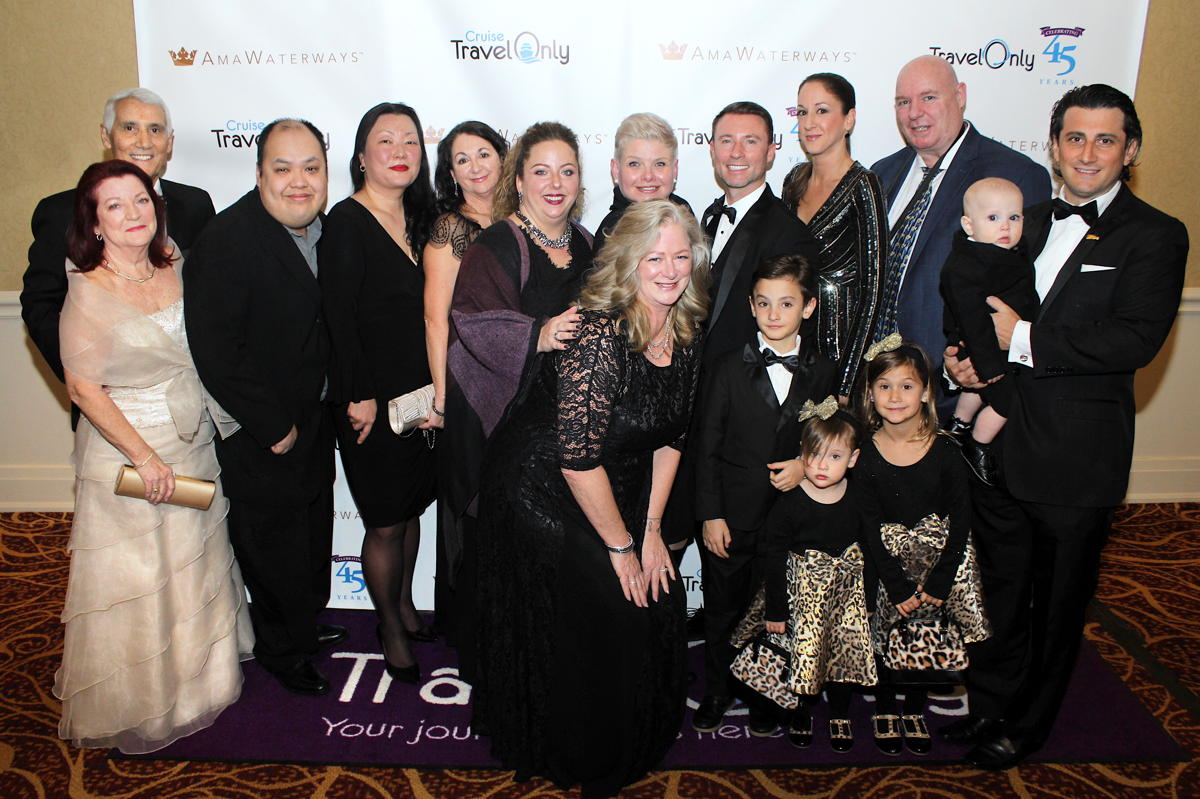 President’s Club members are also professional ambassadors of the TravelOnly brand at all times.

The TADA Awards, today, still honours advisors who have earned (or have returned) to President’s Club status, but has evolved into a ceremony that recognizes achievements in other categories, such as “All-Stars” (advisors who sell $500,000), rookies, rising stars and top partners.

“It has evolved into an event that helps us recognize as many advisors as possible,” Elliott said. 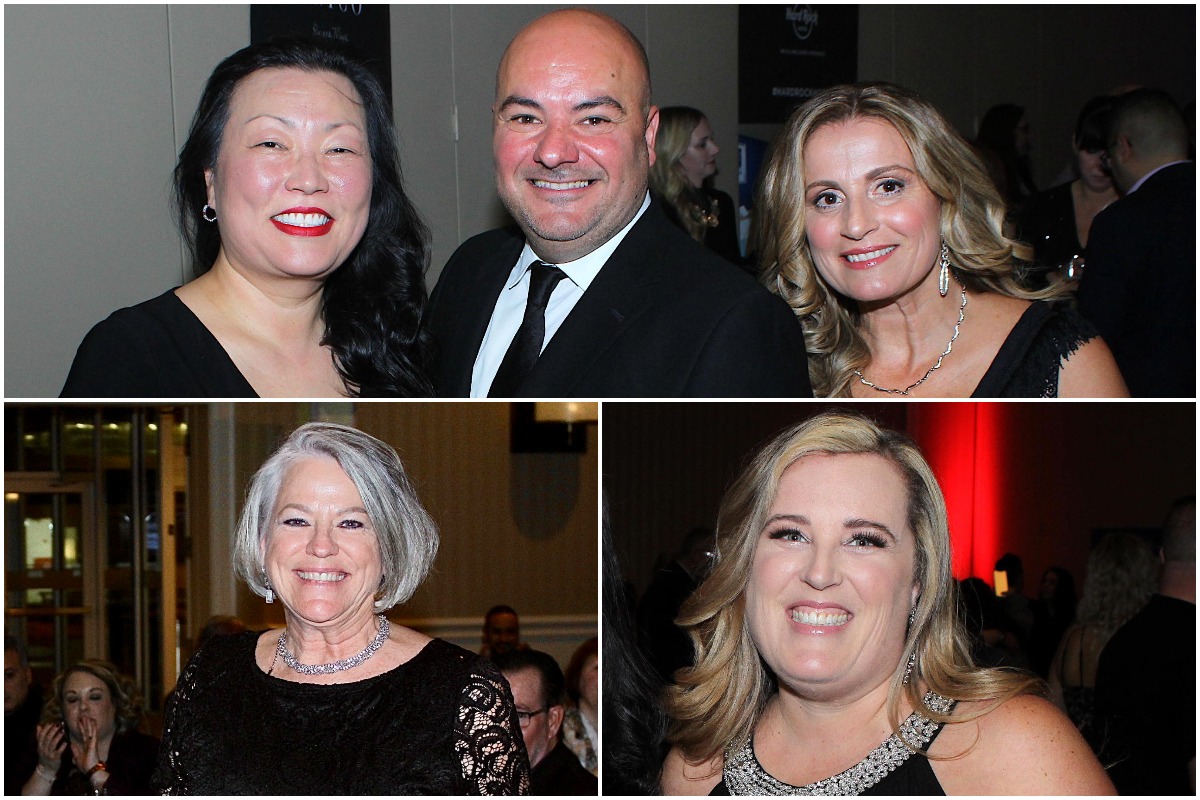 This year's TADA awards also doubled as a fundraiser for Boost, a child and youth advocacy centre that prevents child abuse and violence through awareness and education.

The joyous evening was particularly meaningful for the Luciani family, the owners of TravelOnly, as they recently celebrated the 45th anniversary of their company (an occasion that was marked by a ritzy celebration in Las Vegas last September).

“Tonight is all about our associates,” Patrick Luciani, TravelOnly’s founder and chairman, told PAX. “We’re honouring them for the hard work they do every day – 24/7 sometimes.”

Many of TravelOnly’s associates have been with the company for years – some dating back to the very beginning. 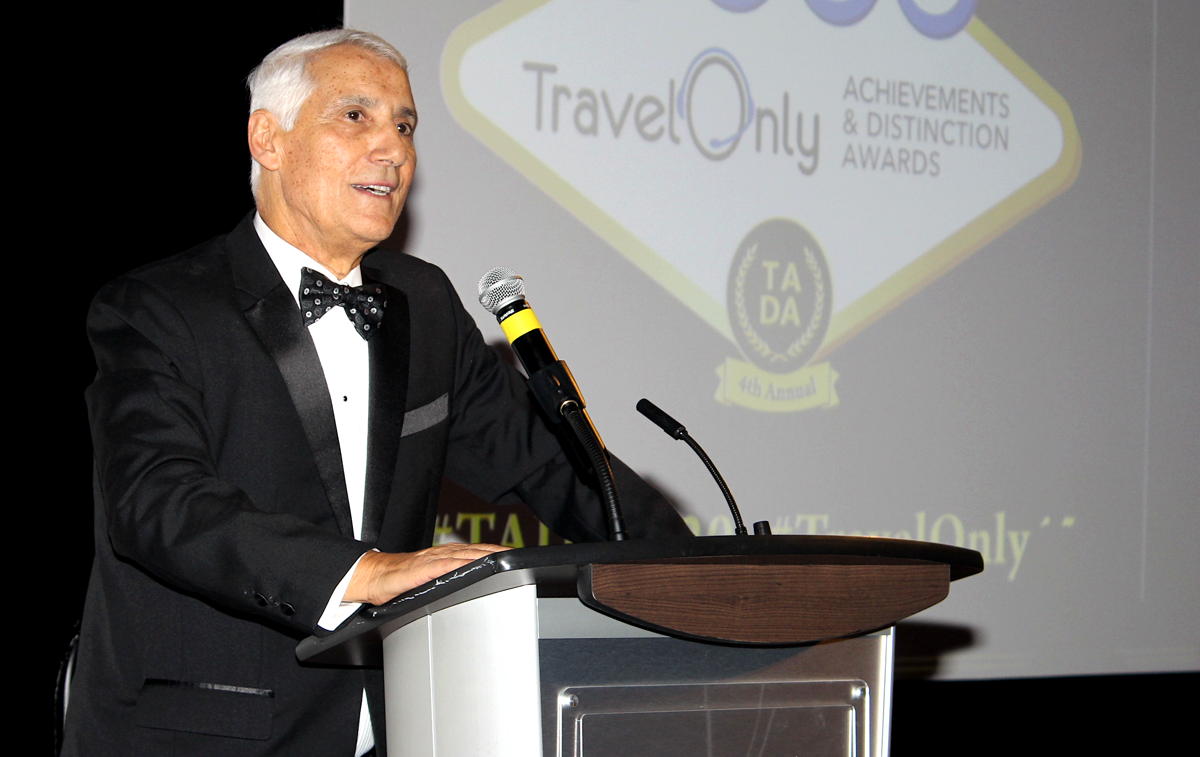 “Our associates really understand what it takes to be successful and that is through hard work and by working together,” Mr. Luciani said.

TravelOnly, today, is still very much a family affair: Patrick’s wife, Ann, is the company’s CFO while their son, Gregory, serves as president and CEO.

The cohesion of loyal associates, travel partners, and a reliable head office team are the parts that have made TravelOnly successful, Ann told gala attendees while presenting a slideshow about TravelOnly's roots, from her and Patrick’s wedding and honeymoon to the company’s early years to the growth of the Luciani family (which, today, includes nine grandkids). 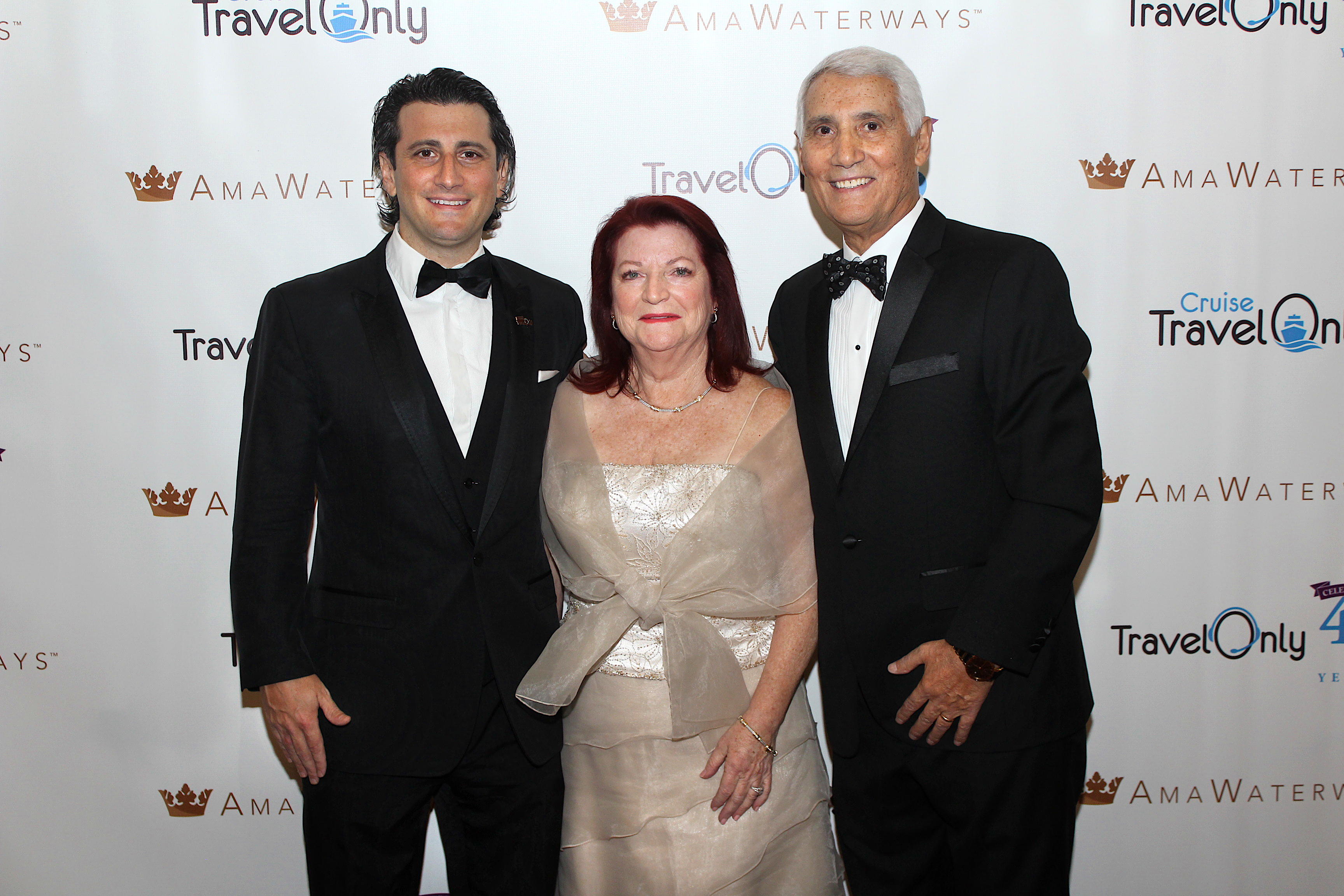 TravelOnly’s roster of home-based advisors – many of whom come from various business backgrounds outside of the travel industry – live in communities across Canada and are encouraged to function as independent owners.

“I’m honoured to stand shoulder-to-shoulder with you,” Gregory told gala attendees in his opening keynote address. “That’s the way our relationship is set up. I’m not your boss. We’re partners in this journey.”

Calling 2019 a “very transformational year for our industry,” Gregory went on to outline some of the initiatives TravelOnly deployed last year to assist with the “ups and downs,” such as new technology, more marketing resources and sales tools, a redesigned website, enhanced back office support, and releasing faster commissions.

He also touched on what makes a TravelOnly advisor unique.

“They’re people of influence,” said Gregory, who learned this first-hand while travelling across Canada last year, meeting with advisors as part of a new, live training series that TravelOnly custom-made for advisors living in various regions across Canada. 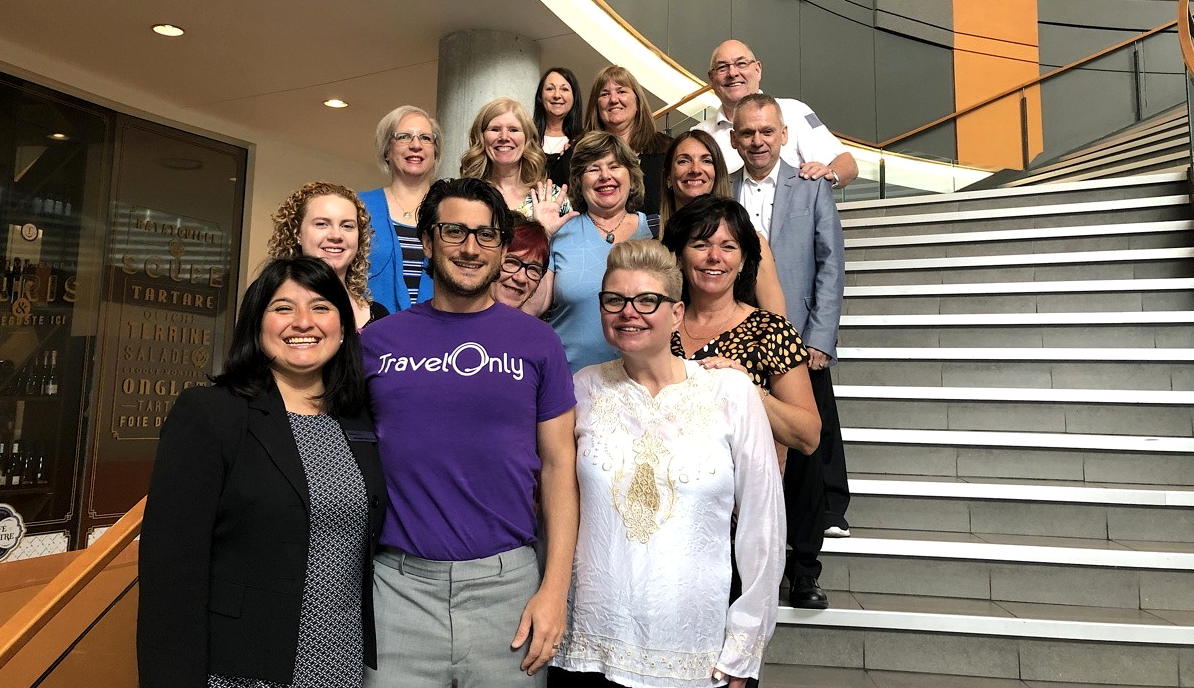 The “common thread” amongst all of TravelOnly’s top producers is that they give back to their communities, participate in charitable causes and present themselves as industry experts, Gregory said.

Strong relationships with clients are what drive sales and are what “separates us from the competition and solidifies our place in the travel industry forever,” he added.

“People love working with people,” said Gregory. “That’s never going to change. I don’t care how good [artificial intelligence] becomes. It will never replace you, because you are special.”

He urged all the advisors in the room to “set goals and think big.”

“Work smarter, not harder,” he said. “Think outside of the box. You can do it, you just have to believe it.” 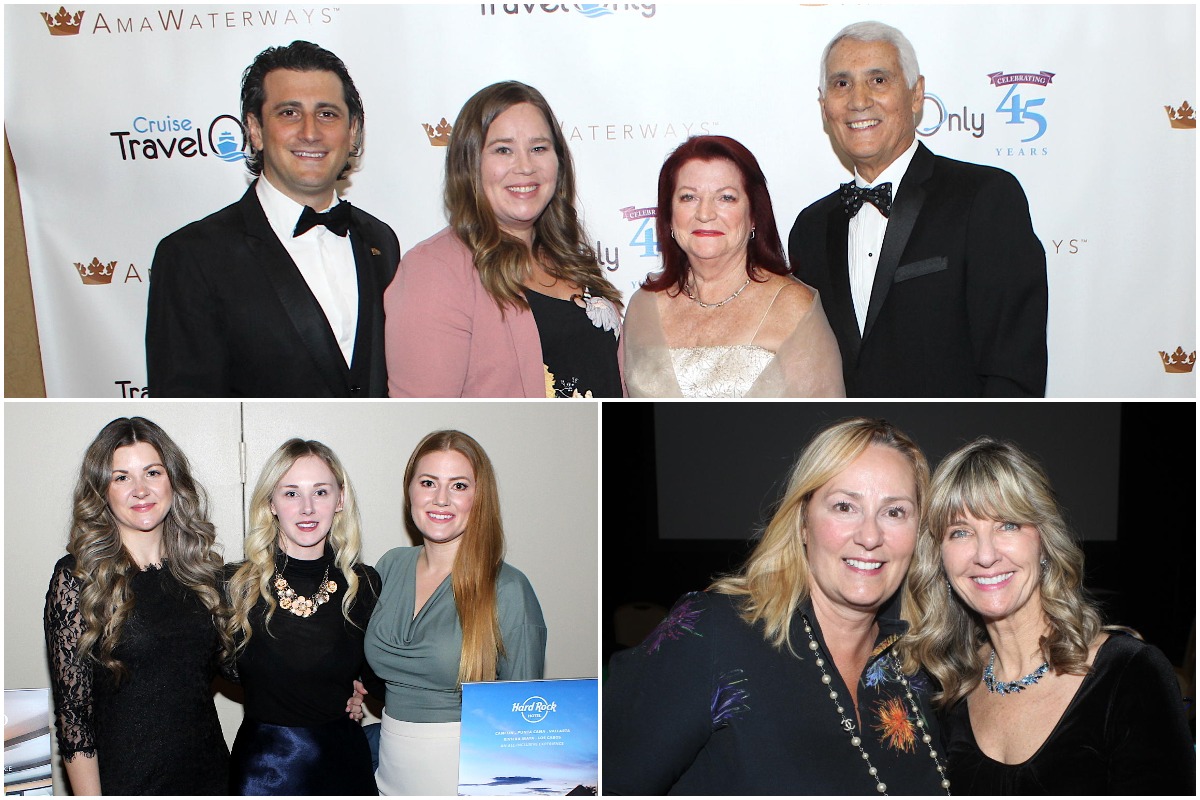 This year’s TADA Awards welcomed respected pros from all corners of the travel industry, with TravelBrands and Air Canada Vacations (ACV) serving as the night’s Platinum Sponsors.

Spotted in the crowd was Frank DeMarinis, CEO of H.I.S. Red Label Vacations Inc., who called the Lucianis “a respectful, humble and very hard-working family.”

“I have a special place in my heart for the Luciani family,” DeMarinis told PAX. “Being from a family-run business, I can respect what they’ve done in the industry.” 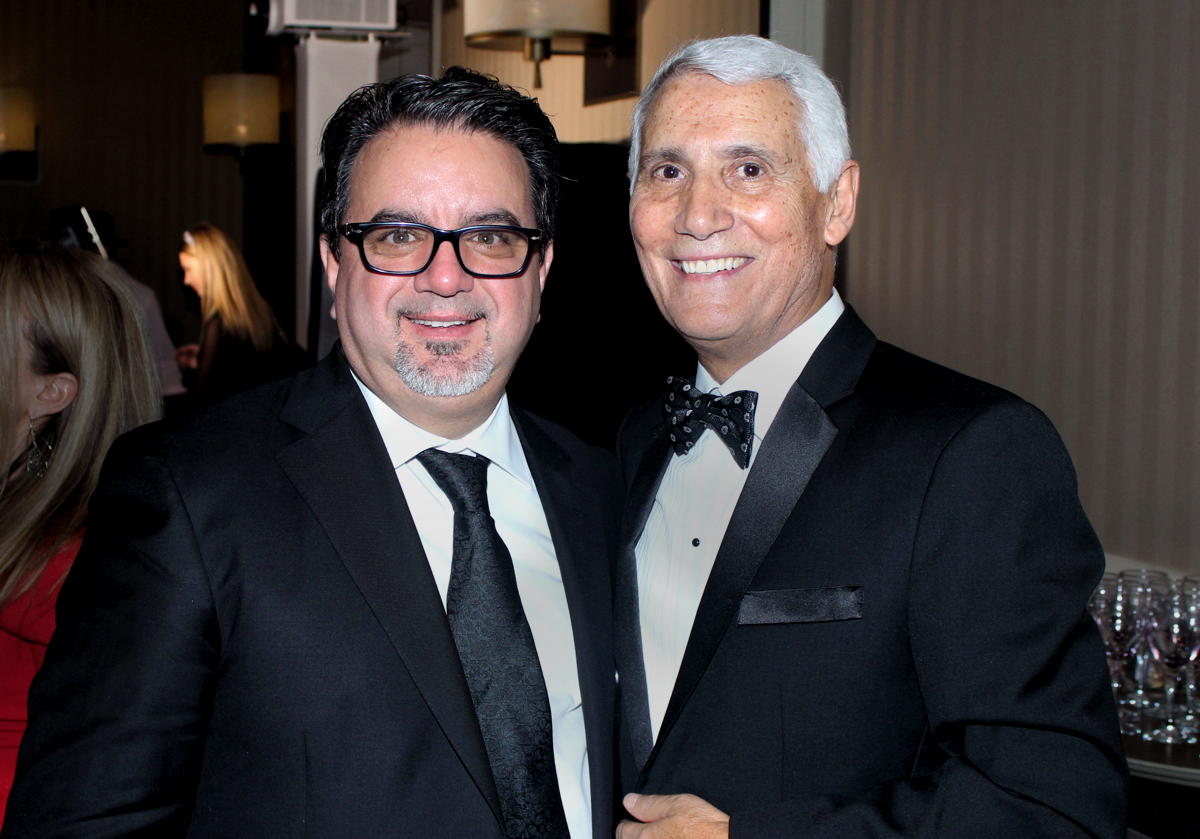 “The Luciani family has done a great job in building a great team that knows how to support agents with unique needs,” Crawford told PAX. “The at-home market is unique in its own way and they’ve done a stellar job at supporting them.”

Erminia Nigro, general manager of sales in Ontario and national accounts at ACV, said that TravelOnly has “really nailed down exactly what agents need in order to succeed out there.” 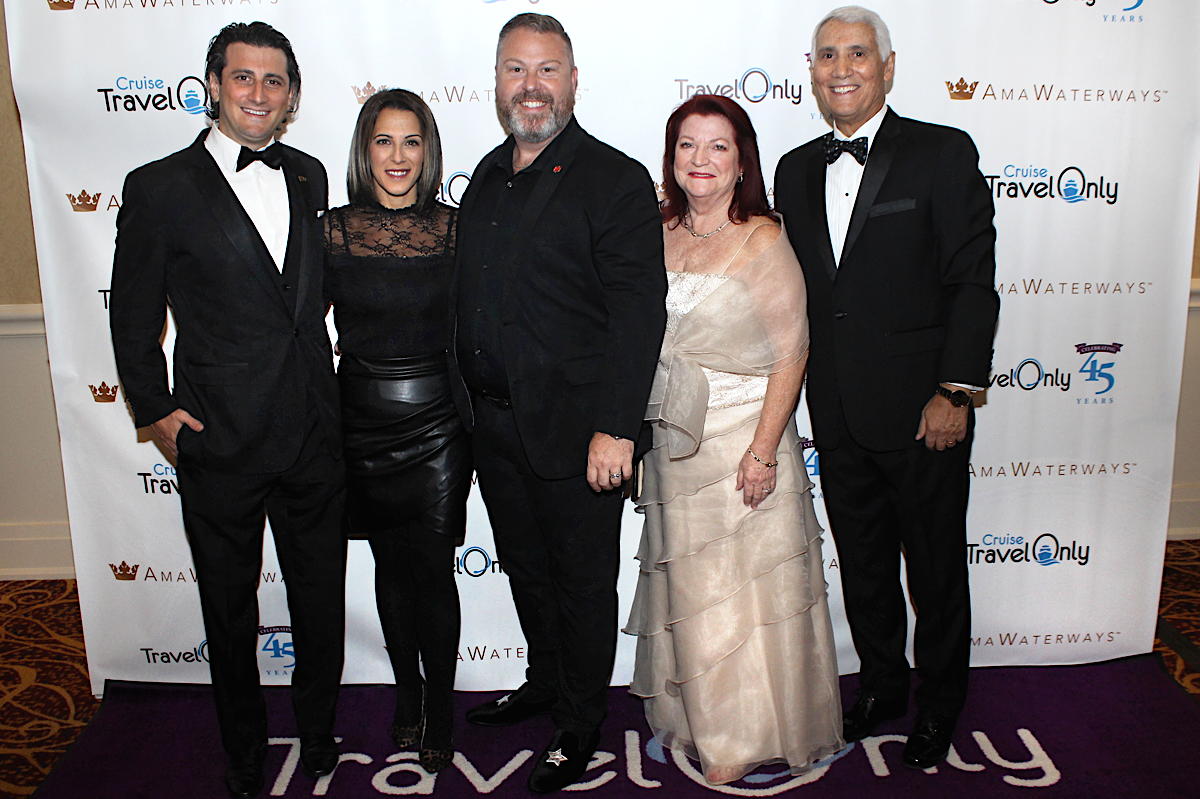 Some of TravelOnly’s partners go back decades in time, as is the case of Kim Barbisan, a business development manager for WestJet and WestJet Vacations.

“Greg was just a little tyke running around the office when I first met the Luciani family,” said Barbisan, whose professional relationship with the Lucianis goes back 25 years.

One of Barbisan’s key observations over the years is that the Lucianis “really focus on their preferred partners, which benefits everybody.” 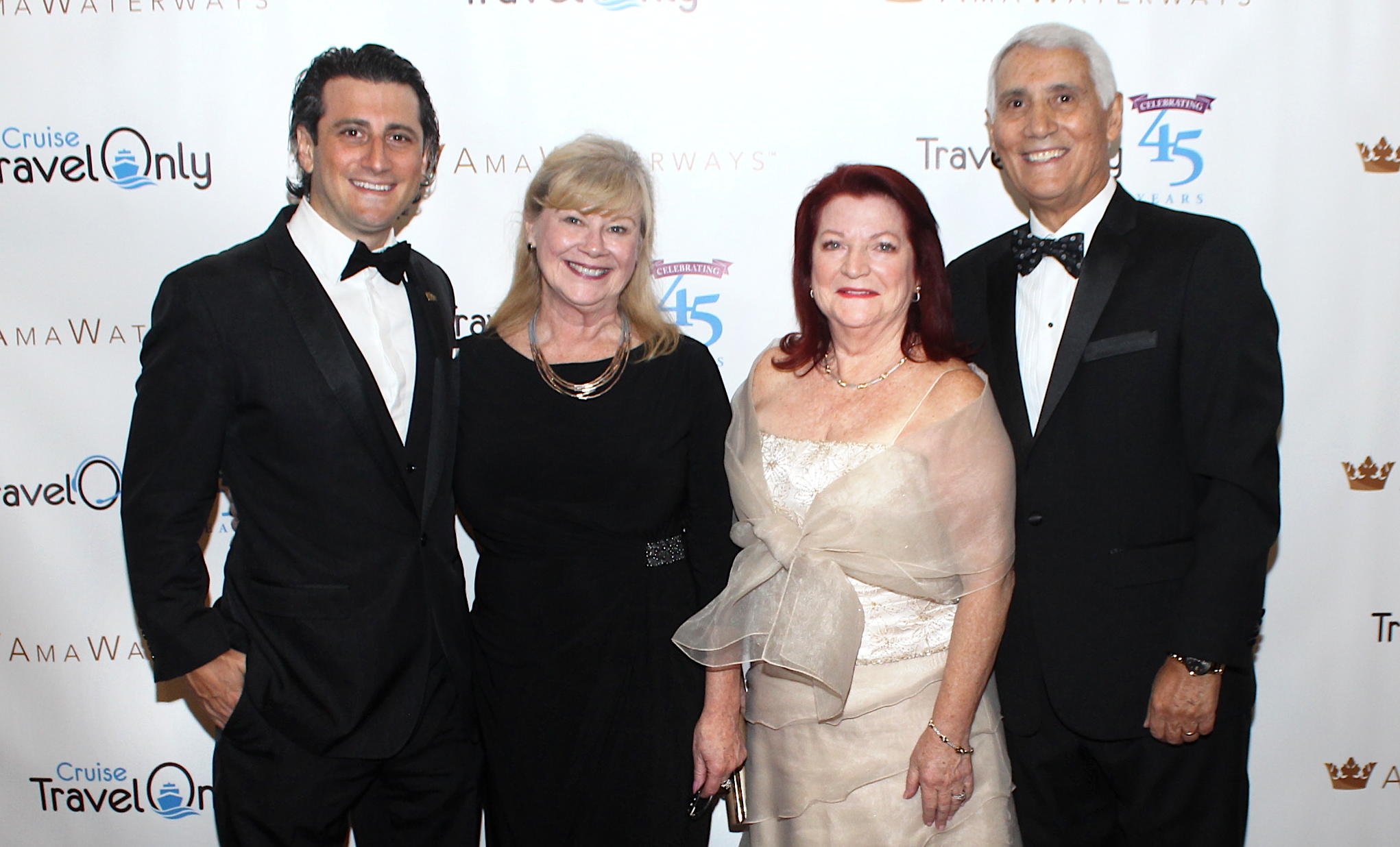 Barbisan said the Luciani family is “very well-respected in the industry” and that “you feel like family when you’re with them.” 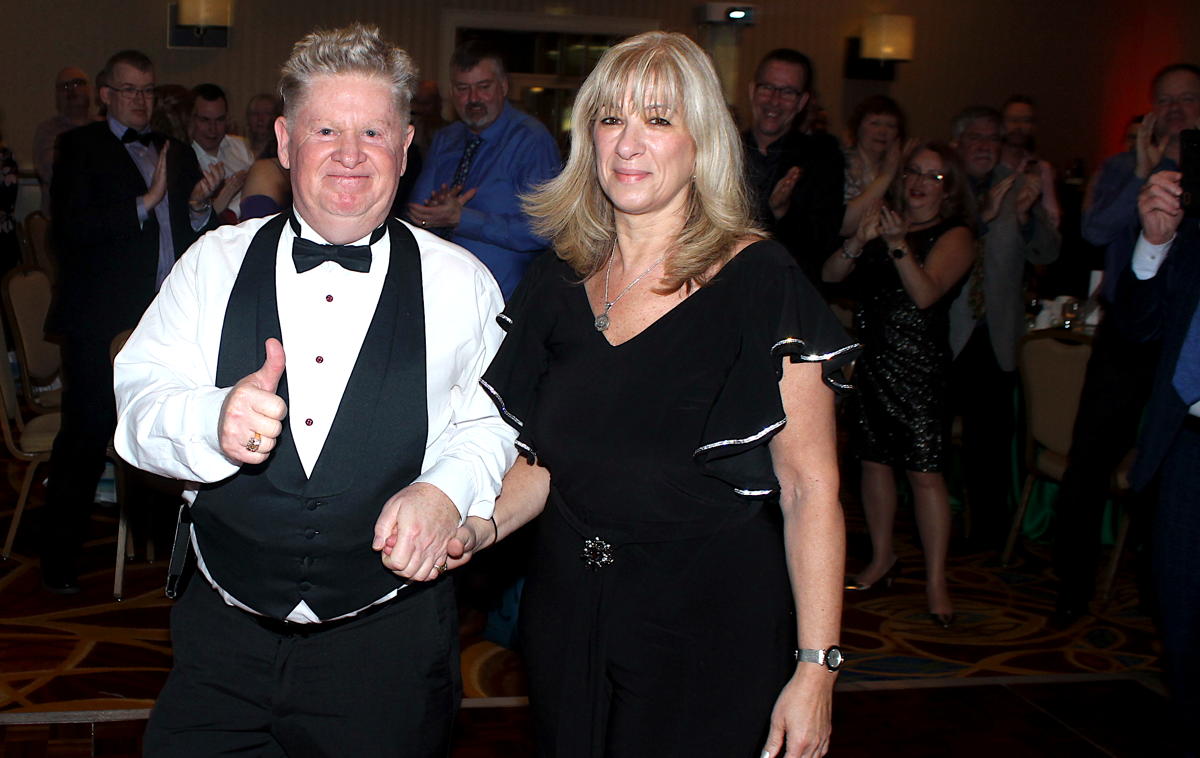 Probert, who frequently offers-up his time to mentor other advisors, urged his travel peers to use “the sandbox” of tools, resources and relationships that TravelOnly has spent years building.

“Do what’s right for your clients, give them a better experience and take them to places they’ve never been,” Probert told the crowd.

Probert, who considered retiring last year until he was convinced to stay in the game, extended his praise to the people at TravelOnly “because they’re always behind us, supporting us.”

“I will never go anywhere other than this company as long as we’re around,” he said.

Below is a complete list of everyone who won at TravelOnly’s 2020 TADA Awards: