Following this morning's announcement that Air Canada will acquire all outstanding shares of Transat for $13 per share, in an all-cash transaction valued at approximately $520 million, mixed reactions have been pouring in from the Canadian travel industry.

A previous bid was put forth by Quebec-based Groupe Mach for $14 per share for ownership of Transat, a billion-dollar offer and nearly twice the $520 million valuation of Air Canada’s offer.

PAX spoke with several travel agencies, travel agents, and regulatory bodies to get a better sense of how the travel community is handling the news.

Looking forward to the future

Flemming Friisdahl, founder of The Travel Agent Next Door, said that he looks forward to seeing what will happen over the next six months, raising the question of Transat’s future as a tour operator under the ownership of Air Canada.

“We look forward to seeing what Air Canada will do with the tour operator side of Transat – will they continue that at its present level, or enhance it with connectors that weren’t available in the past, or will they turn Transat into just an airline?” Friisdahl told PAX. “The question everyone will ask is ‘do they combine ACV and Transat into one?’ No one knows what they’re going to do – but they’re a smart company. The next six months will be very interesting.” 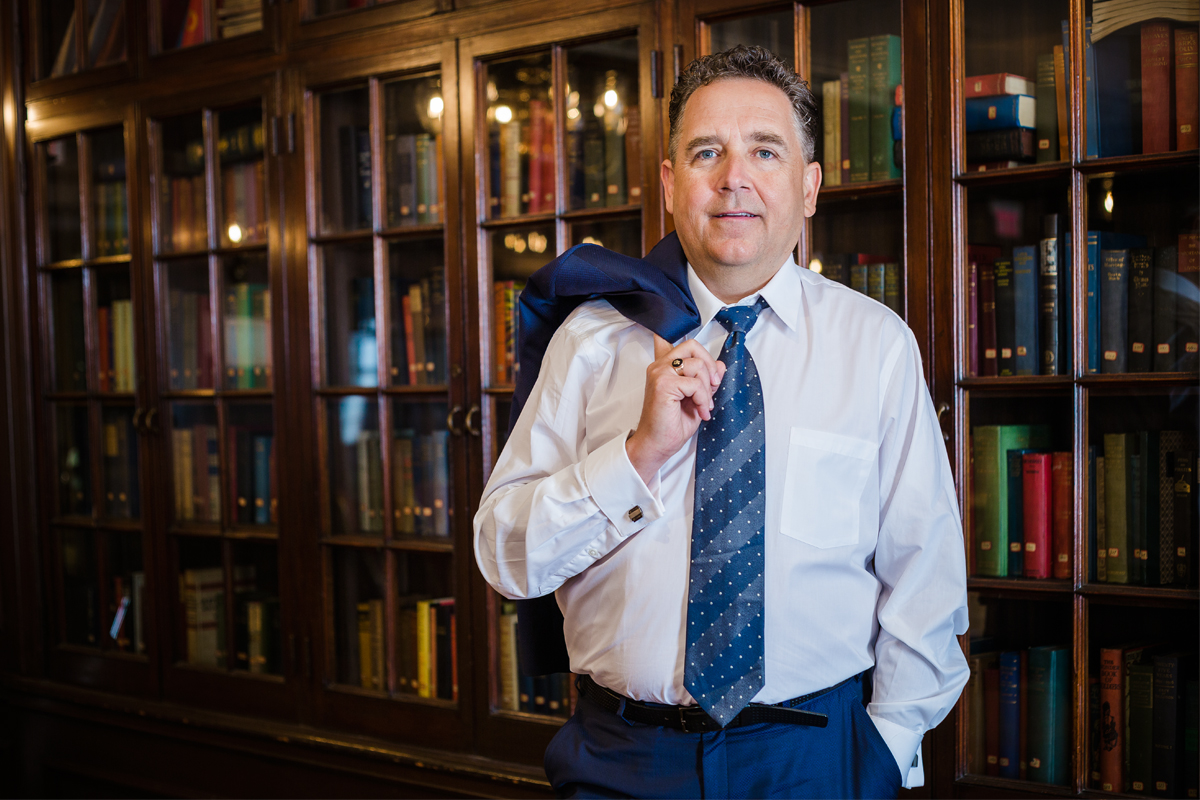 Friisdahl is also wondering about the future of Transat Distribution Canada, the company’s retail travel agency division, specifically whether Air Canada will want to get into the business of agency ownership.

“It’ll be very interesting to see what happens to Transat Distribution Canada; they’re pretty much Canada’s largest retail agency chain, when you consider all of their stores. Will they retain that? Will Air Canada want to run a retailer? Air Canada has become very pro-travel agent, which is something I’m happy about; overall, they’re seeing the value of travel agents.”

"I'm interested to see how this will change the landscape in the industry. Things change daily in this business and always seem to work out. It will be interesting to hear more details on how they plan to operate the new company and what it will mean for Transat's retail division."

A clash of cultures?

Greg Luciani, president and CEO of TravelOnly, says that as soon as the news broke, he started getting emails and phone calls from his agents.

While he ultimately wishes both Air Canada and Transat A.T. Inc. the utmost success, he's got mixed emotions on the acquisition, and what it will ultimately mean for his travel agent partners, stating that he foresees a clash of cultures between two very different Canadian companies. 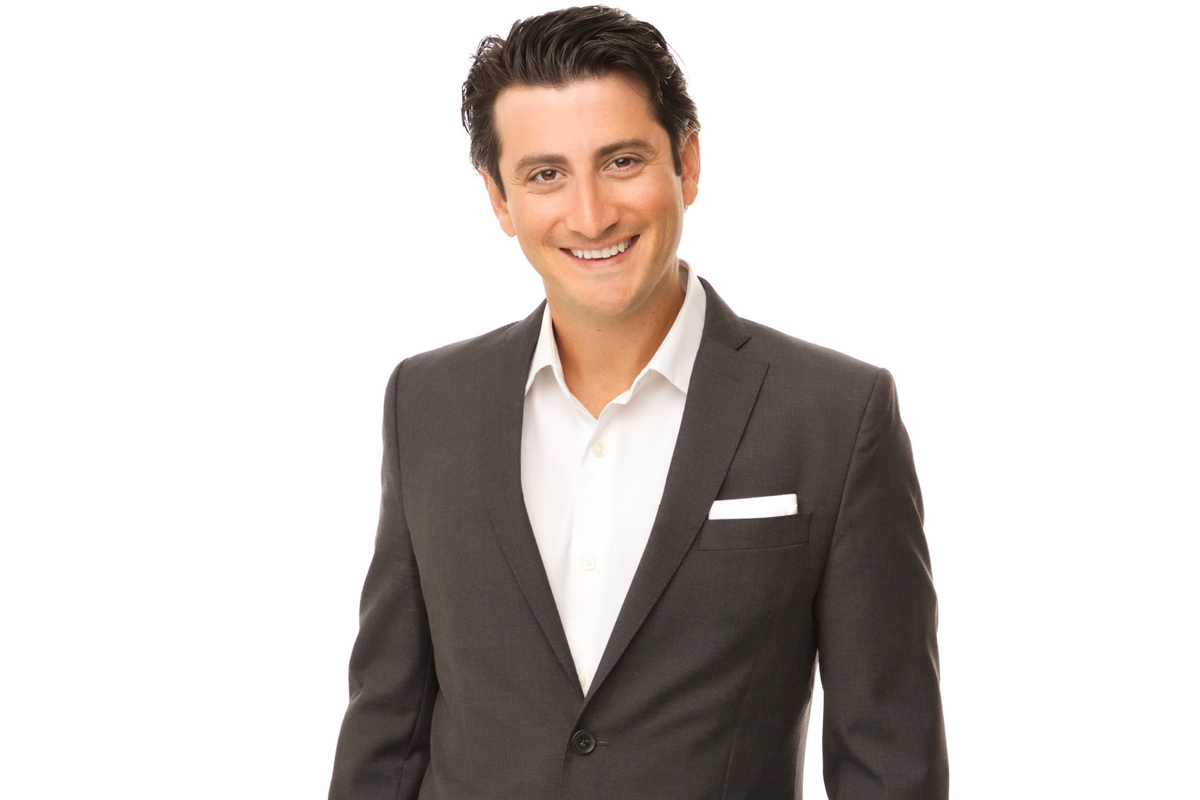 "Obviously, we all know what happens with government-run monopolies; consolidation isn’t necessarily bad, but corporate culture is not a cliché," Luciani told PAX by phone earlier this morning. "There are differentiations between how people operate within different companies and within the culture of the organizations, and that’s why most mergers fail. When you combine two cultures that are so diabolically opposed, or so different, it can make for a very difficult transition. From a cultural standpoint, Air Canada and Transat have very distinct cultures of their own, and so when you bring two companies together who have very different cultures, that’s an area they’ll have to work through. Ultimately, I always want what’s best for the agent and the client, and that’s not necessarily what’s best for the airline. If this is good for the agent and the client, then I’m happy, but if this deal is done strictly to boost airline profits at the expense of the customer and the agent, which is I’m sure why people are upset, because that’s where they believe this is headed, then I’m obviously against it."

Kelly Klassen of TPI Travel also weighed in on the differences between the two companies.

"In some ways it’s really surprising and in other ways it’s not," Klassen told PAX. "Where Transat is weak, AC is strong and vice versa. Having them under one umbrella could be a force to be reckoned with. I’m hoping it brings Transat back to Saskatchewan; we need more competition in the marketplace and since our winters are brutal, everyone wants to fly south! I’m really hoping that it’s a positive thing overall for Canadian aviation and that they both can remain competitive."

Travel agent Jen Hardy of Nexion Canada added, “As a veteran agent in the travel industry you grow to expect and accept change on a daily basis. Whether you agree with the change or not the best thing to do, as I am now is to remain optimistic.”

Ron Tereshyn, president of Toronto’s 510Travel, also raised numerous questions about the purchase and what it means for the future of Transat, citing previous acquisitions in the Canadian aviation sector.

“Is Air Canada taking a competitor out of the market, or will it be business as usual on Monday morning?” Tereshyn told PAX. “It’s all up in the air – no one knows what’s going to happen. When Wardair was bought out by Canadian Airlines, Wardair disappeared. Is Transat going to disappear because they were bought by a national carrier? Canadian Airlines was a national carrier.

“There are going to be a lot of questions and people worried about their jobs. It’s not like they bought Sunwing where they have all the Royalton Resorts and their own product line, they bought another company that has contracts with hoteliers; so did they buy it to let the ITC business go, or was it for the transatlantic flights?” 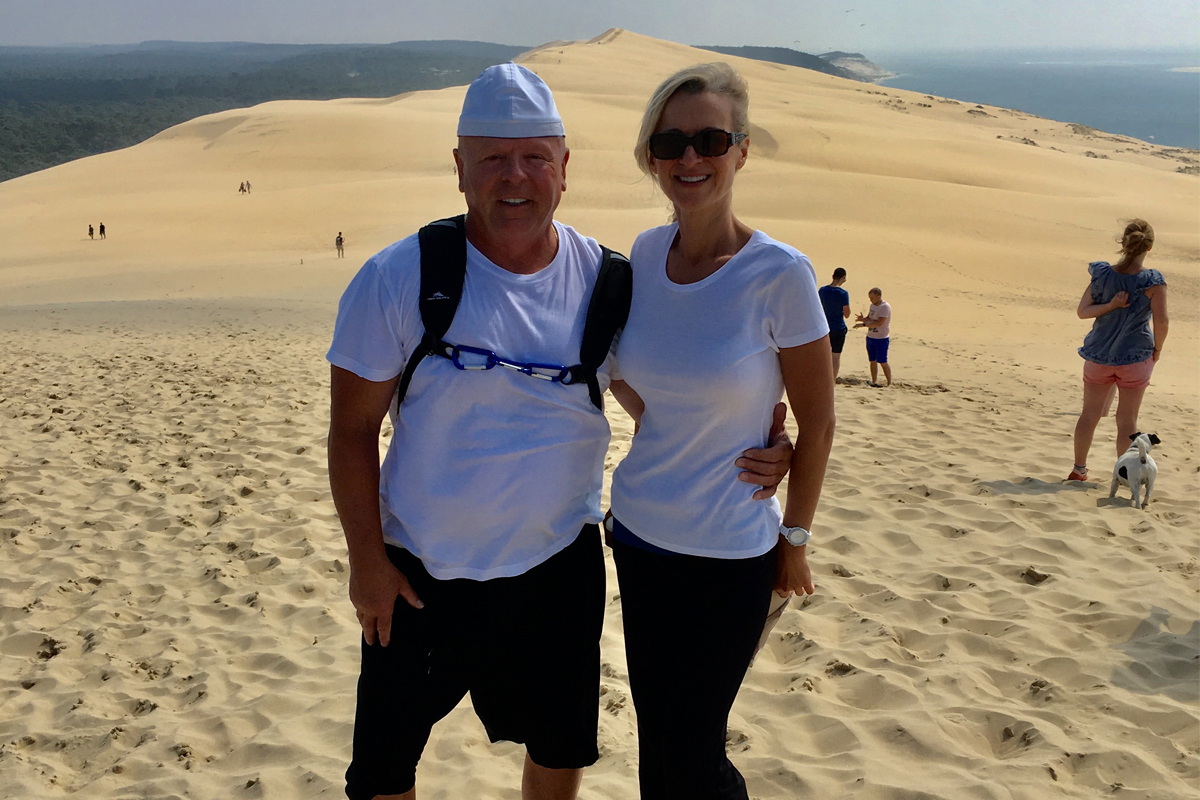 Tracie-Marie Landry of OHANA Travels Inc., a TravelOnly associate, wonders whether or not the acquisition will affect rates.

"I rely on the Group Coordinators at both Transat and Air Canada to help in getting the best possible rates and rooms for my clients to choose from," she told PAX. 'In the past I have loved having a choice of two great companies to submit my quotes...ensuring that I have found my clients the best possible rates with a quality supplier. This is a little concerning as I feel that Air Canada will definitely corner the market for groups, leaving us agents with little to no choice in choosing another reputable supplier to compare with."

For Zeina Gedeon, CEO of Travel Professionals International (TPI) – and formerly of Air Canada and Air Canada Vacations – the purchase is a positive move for the travel industry.

“It’s a really interesting idea and I think it’s a very good merger between the two companies,” Gedeon told PAX. “Both are Canadian, Air Canada has a huge network and when combined with Transat, they will have amazing reach. It’s a great opportunity for the industry; Air Canada is an amazing company to work for – I know from experience!

“Many people think it’s going to be a monopoly, but it’s not true – we still have Sunwing and WestJet Vacations… it will open a much bigger world for all of us in the travel industry.” 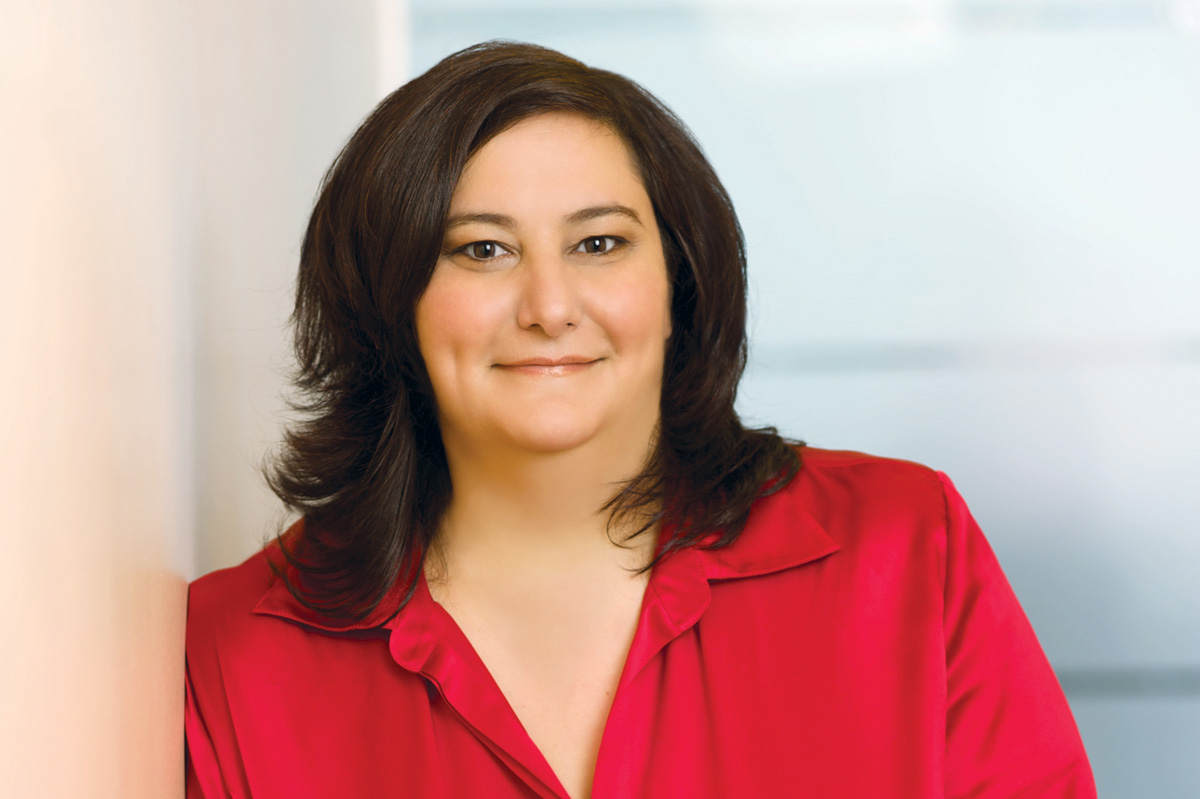 Dorian Werda, VP of operations at the Travel Industry Council of Ontario (TICO) told PAX that “while TICO’s mandate doesn’t include airlines, both companies operate vacations divisions that are TICO registrants. For us, it’s about consumer protection and ensuring consumers remain confident purchasing from registered travel agencies, websites and tour operators in the province. 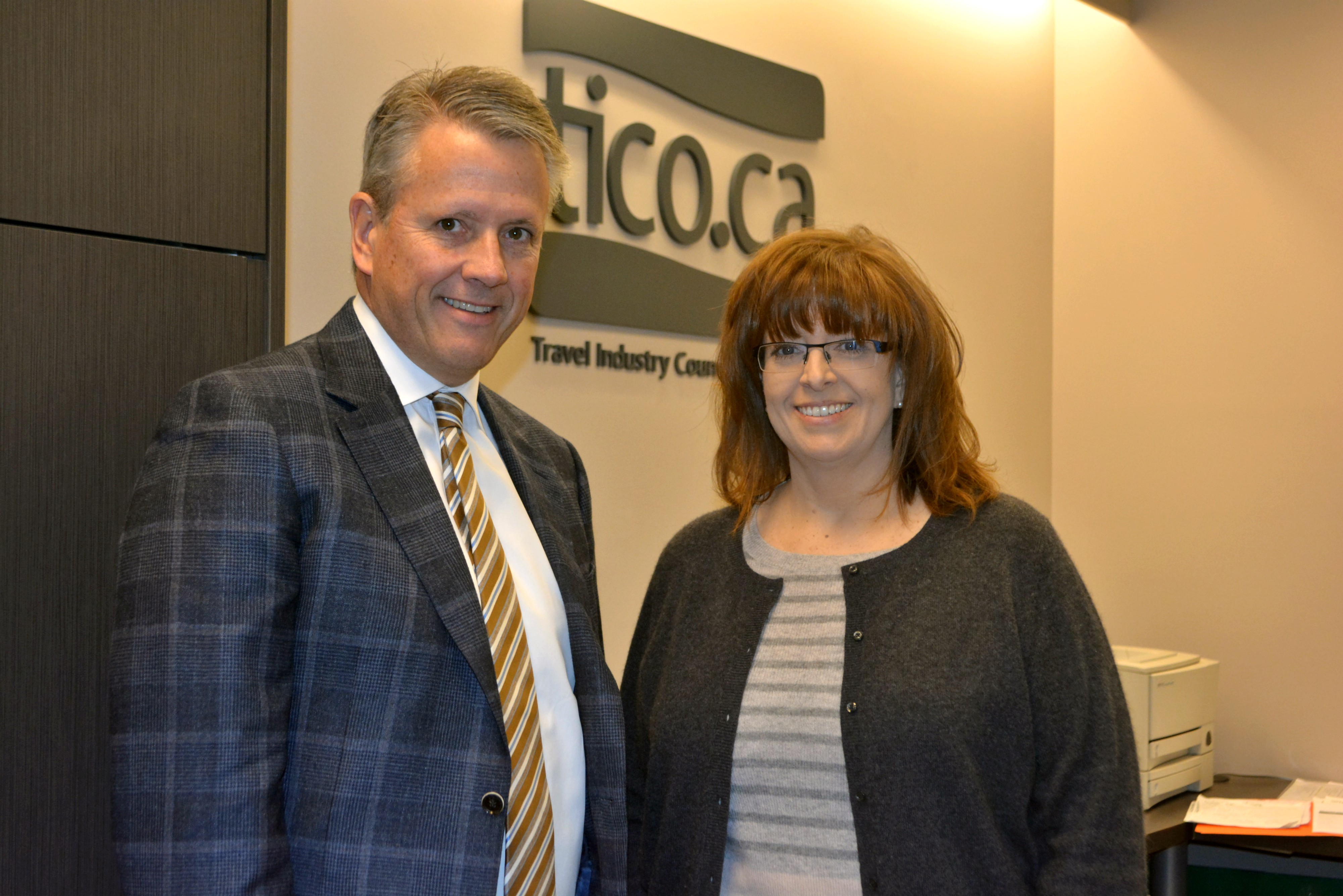 “At TICO’s AGM on Tuesday, we touched on the ever-changing landscape of the travel industry and increasing industry consolidation, and this is another example,” she added.