Flair Airlines, Canada's only ultra low-cost carrier, is repositioning its fleet, and has big things planned for 2020, PAX has learned.

Flair Airlines CEO Jim Scott says that pending aircraft availability, the ultra-low-cost carrier based in Edmonton, Alberta, has every intention of launching new routes out of Montreal, ultimately unlocking the long-awaited opportunity for affordable air travel out of Quebec.

If that happens, Flair will be the only low-cost carrier (LCC) in Canada to offer routes out of Quebec.

The plan to bring Flair to Montreal has been in the works for quite some time now, but Scott says that operations aside, it's important to connect with and understand Canada's French culture and heritage first, something he experienced years before.

“I remember one New Year’s, I was alone in Albi, a town in southern France,” Scott told PAX in an exclusive interview.

After being contracted out by Quebec Air (Intair) to work as a pilot for Transport Aérien Transrégional (TAT), owned and operated by Air France, Scott was on contract in Paris, France from 1989 to 1991, working as a captain on the Fokker 28.

“My wife was also by herself in Paris that night, and a neighbour went and knocked on her door,” Scott recalled. “After questioning as to why she was spending New Year’s alone, they got her a babysitter, and she went out in Paris, and I went out in Rodez, where the French had gathered about 300 other Canadians who also happened to be in town. They took us to a castle, and there was dinner and a big party. I’ll never forget that; these locals didn’t want their Canadian friends to be alone that night.”

Years later, Scott is looking to return the favour by bringing affordable flying to the French-Canadian public.

“We’re looking to make the push into the market in July or August of this summer,” Scott said, citing that as a result of the 2019 Boeing 737 MAX 8 groundings and the current COVID-19 outbreaks, airplane availability has increased. “Cathay Pacific has 75 per cent of their fleet on the ground and in South Korea, where the majority of the aircraft are 737s, a lot of airlines have stopped flying and they’re looking for airlines to take over short and long-term leases.” 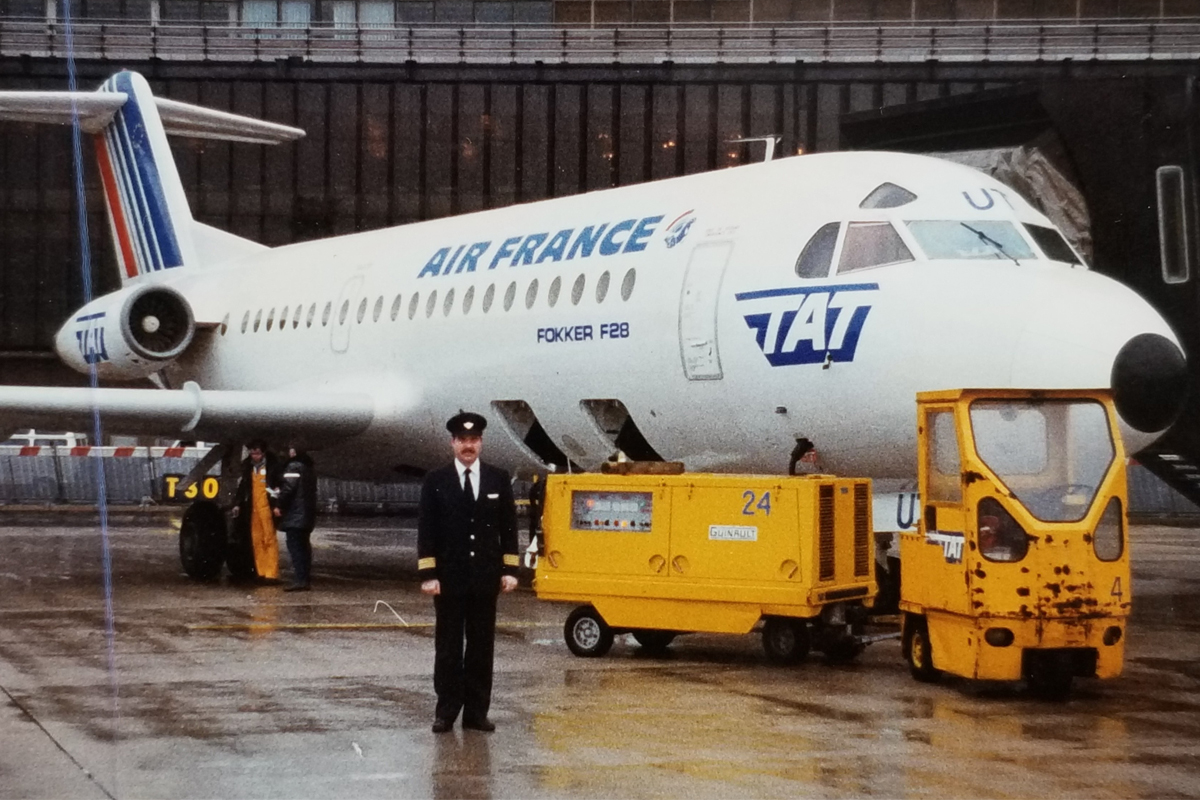 If all goes as planned, Scott says Flair will operate one Boeing 737-800 out of Montreal, rebranded by local company Havas Canada, and use another of the same aircraft to strengthen its routes out of Atlantic Canada, which includes Charlottetown, PEI; Saint John, N.B.; and Halifax, N.S., which were just announced last month.

Flair will also start flying to Ottawa as of June 15, 2020, Scott confirmed.

The success of Flair’s entry into Montreal all depends on airport slots and assessing whether the planned routes and any necessary connecting flights between airports logically make sense on an operational level, Scott explained.

“As airports become more established, the previous airlines keep their historical slots and sometimes they don’t always have new slots available for newer carriers like Flair,” Scott said. “We have to look at if any slots have been given up, and right now, it’s too early to tell what the routes out of Montreal could look like, based on that.”

It’s a given, however, that cross-Canada flights are on the agenda.

“Immediately, the plan would be to go to Atlantic and Western Canada through Montreal, whether that’s through a connection or not,” Scott said. “The market out of Montreal is big enough to go into southern destinations without having to bring people through Toronto, and our model is to go from one destination to the other because it’s less expensive, and it’s less of a carbon offset. If we were to fly to say, Florida, we’d want to go non-stop from Montreal to destination.” 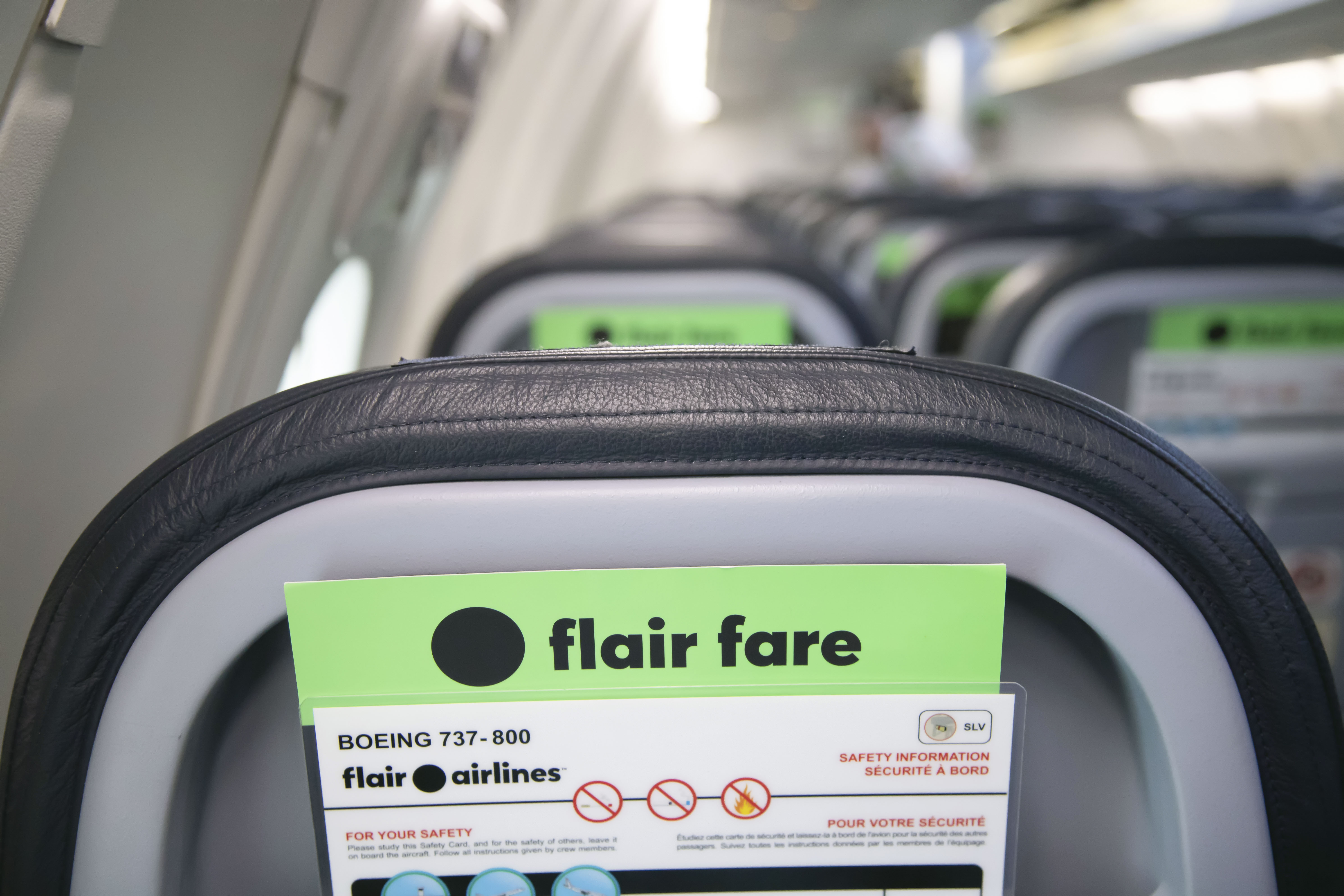 On the topic of flying south, Scott confirmed that it’s yet another plan that Flair is actively pursuing.

“In the fall of this year, we’re definitely entering several U.S. sun destinations,” Scott said. “I can confirm that we’re looking at Florida, specifically Orlando, Fort Lauderdale, and Miami. When the colder weather comes, it’s almost a rite of passage for Canadians to go to the U.S., the Caribbean, and Mexico at least once a year. More Canadians travel into the U.S. than the U.S. flies into Canada.”

Scott said the airline is "always looking for partnerships on the ground", citing that those who book vacations down south want more than basic airfare, so the airline will continue to investigate potential opportunities with local car rental companies and hotels.

Citing a spike in traffic flow, Scott says that come autumn, Flair will reposition its aircraft north-south instead of east-west across Canada. 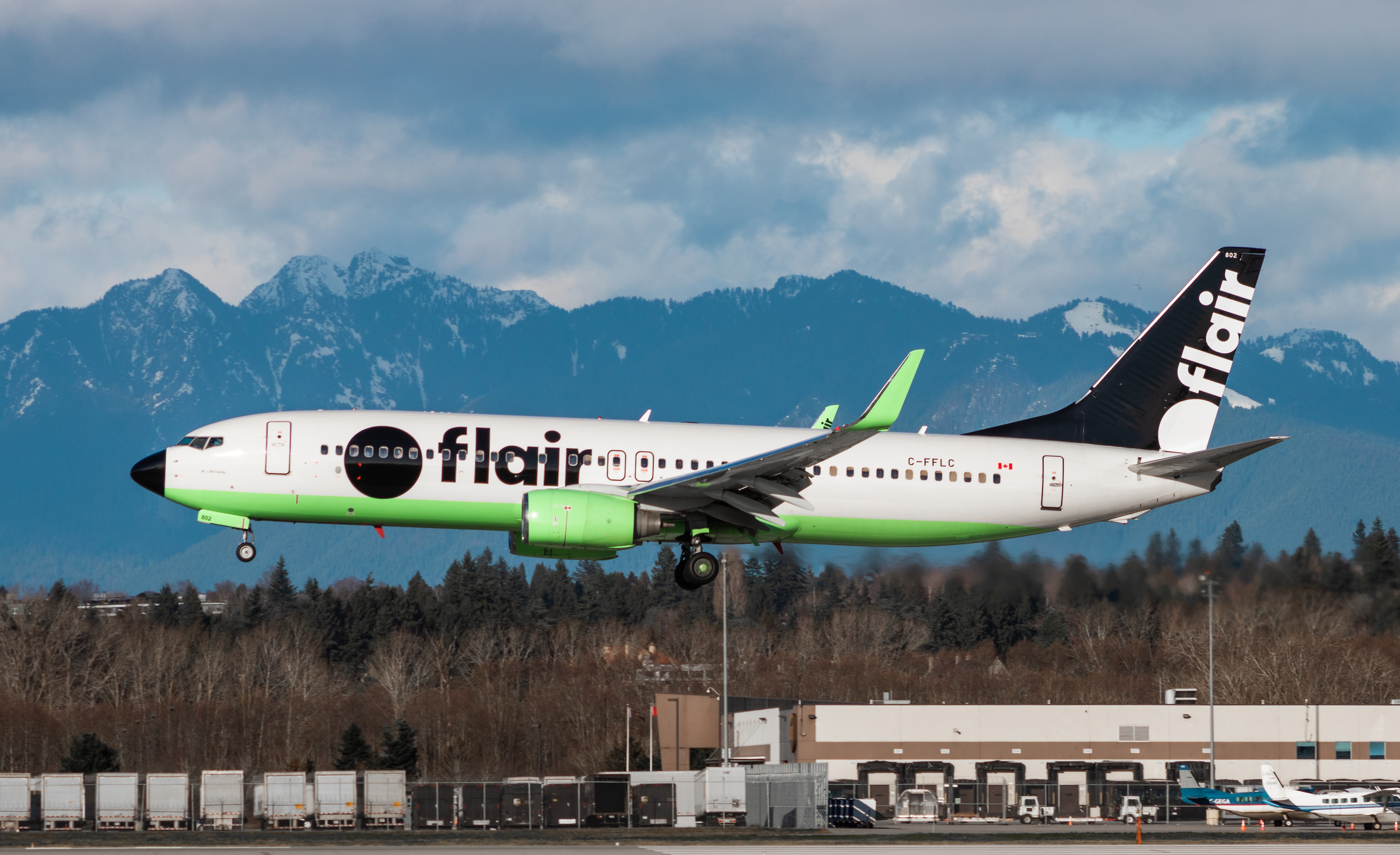 Earlier this week, Flair announced the appointment of John Mullins as vice-president of customer experience and airport.

With previous experience in strengthening guest satisfaction for Qatar Airways, Mullins will be mainly responsible for designing and implementing superior guest services and airport strategies.

One of his first priorities will be to end seat reclining on all flights by summer 2020. Flair has been experimenting over the past two months with a fixed pre-recline for seats on half of its fleet. While controversial, Flair has recorded improved customer experience as a result.

“This all came down to the etiquette of moving seats back: do you do it during a movie? A meal?” Scott said. “I was waiting for all sorts of complaints and I got none, which really shocked me. Following customer feedback, we’ll be making this change on all our aircraft just in time for the expansion into Ottawa and Atlantic Canada. Flair will continue to offer seats with spacious legroom and now with the pre-reclined seats we will make the experience comfortable for everyone on board.” 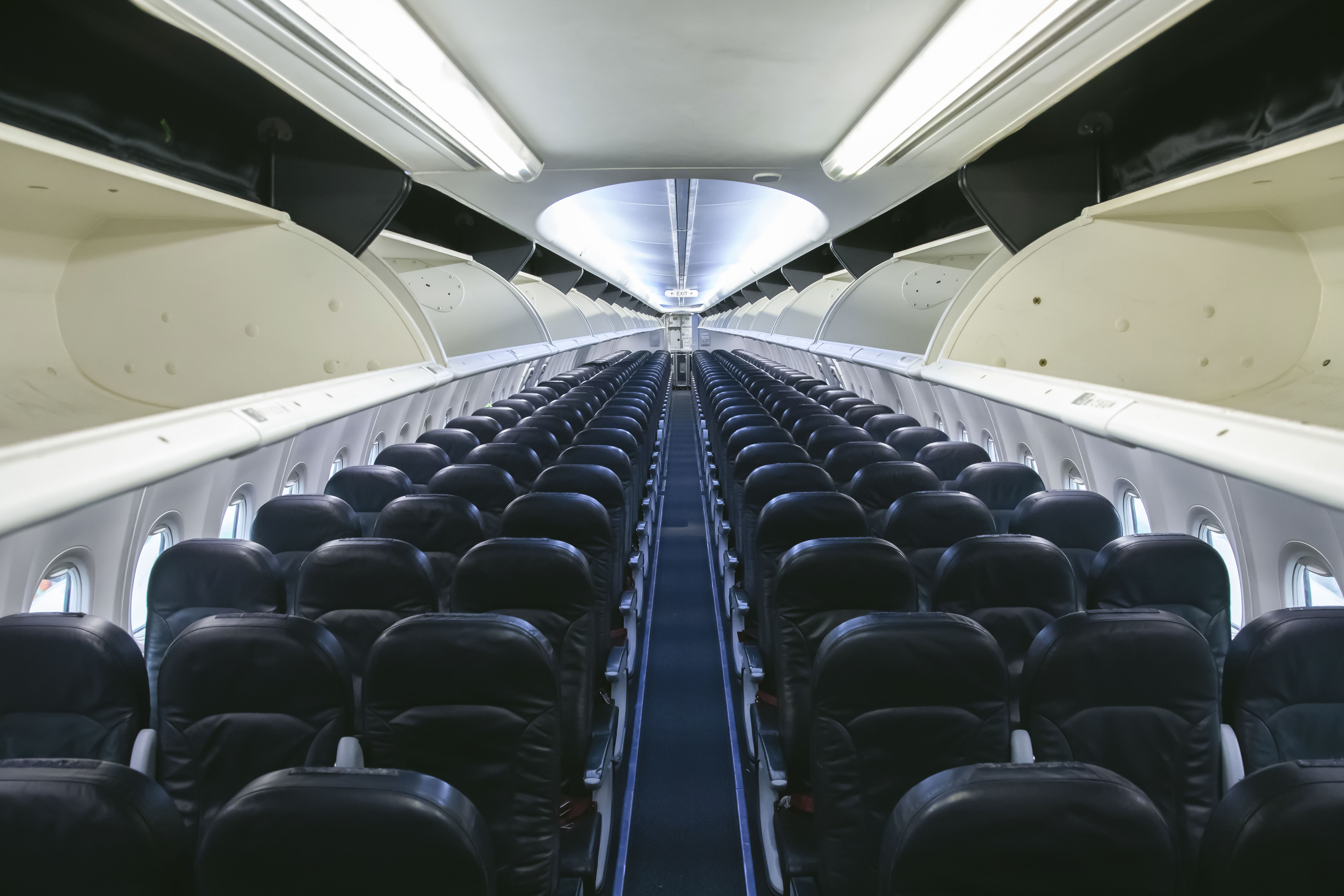 According to Scott, as an ultra-low-cost carrier, Flair caters to a very unique travel demographic.

By only offering economy-class fares, and not hyper-focusing on gourmet meals, elite classes, and upgrades, the airline is able to keep costs low and focus what matters—offering Canadians affordable travel options, coast to coast.

“Concentrating only on the economy seat makes a difference, because that way, everybody is equal,” Scott said. “We’d rather do one thing well than too much. If we started putting in more advanced products the price just goes up. We’re really democratizing flying and making it available to all Canadians not just those with a high disposable income.”

Flair is also currently the only low-cost carrier that offers a commission to travel agents, and has a travel agent portal on its website that offers support, special promotions, and more.

“The commission varies significantly between agency depending on how much volume they put through,” Scott said.

Scott also confirmed that when the carrier comes to Montreal, the existing website and any associated travel agent portals and marketing materials will be available in French.

Flair Airlines also currently has a bilingual senior marketing manager, Stefanie Stergiotis, who is based in Montreal and available to answer any questions. Stergiotis may be contacted at Stefanie.stergiotis@flyflair.com or 1.780.394.1092.