With Vancouver International Airport quickly reaching capacity, the facility has undertaken a major expansion project that will see the completion of 75 major projects over the next 20 years.

Ranging from expansion of the international terminal itself to new parking options and sustainability improvements, the overall project aims to improve speed and access for travellers transiting through YVR, while providing passengers with new amenities.

PAX caught up with Don Ehrenholz, vice-president – engineering for the Vancouver Airport Authority, on the recent improvements, the impact to travellers and what can be expected next.

PAX: What are the next major construction milestones for the YVR terminal expansion?

DE: We recently celebrated a steel topping ceremony to mark the completion of the structural phase of the building. The next major milestone is the opening, which is on track for the summer of 2020.

Looking at the international terminal, known as Pier D, the expansion project will add capacity for an additional eight wide body aircraft. This includes four bridged gates and four remote stand bus gates. The expansion will continue with YVR’s well-known sense of place. Passengers will experience the beauty of British Columbia with a glassed-in nature feature made up of three western hemlock (tsuga heterophylla) trees. Amenities such as digital art, restaurants and bars will also reflect all that British Columbia has to offer.

PAX: How is the expansion impacting travellers and flights? What changes so far have been noticed by travellers?

DE: We do our best to minimize disruption for passengers. YVR’s terminal plan is based on building in an incremental and centralized manner, which provides the opportunity to adapt construction based on passenger growth. A centralized expansion means one terminal, all interconnected, with the shortest possible distance between gates. This also means linked baggage systems and easy connections between International, Domestic and Transborder areas.

Arriving passengers to our International terminal are seeing how quickly the project is taking shape. 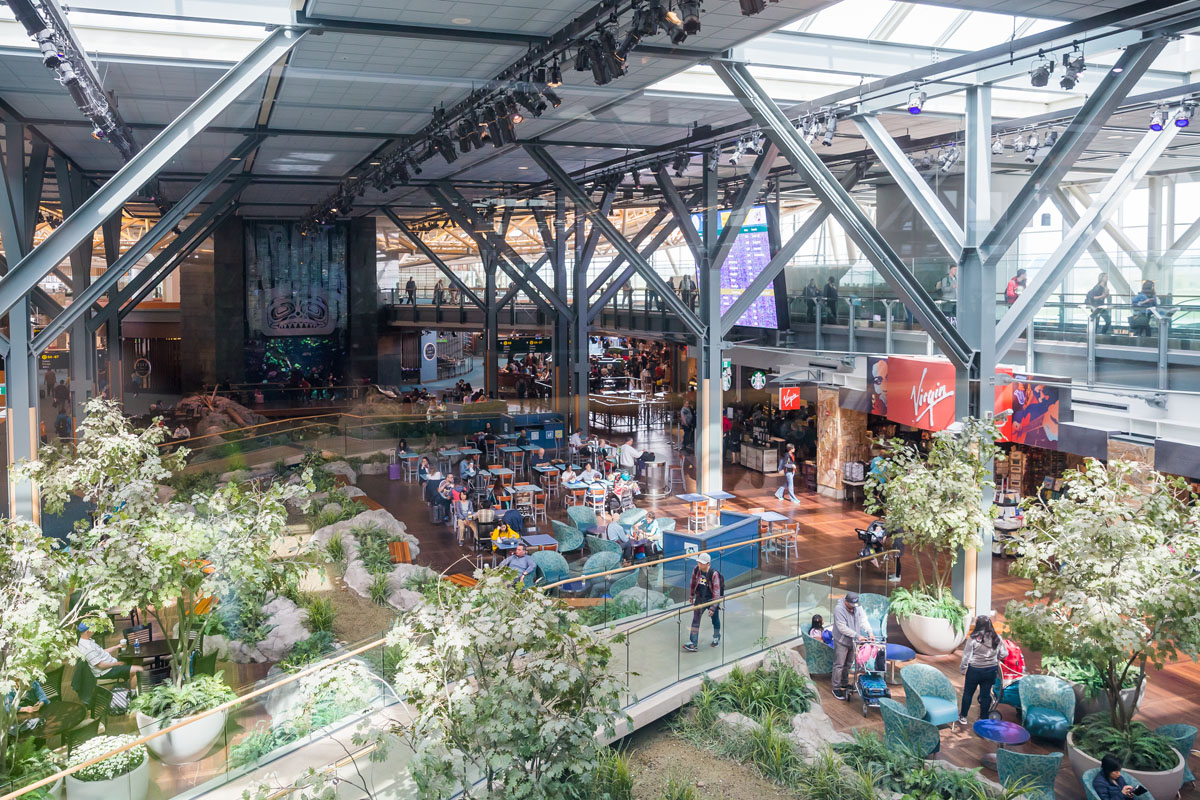 PAX: How many additional flights/passengers per year will the terminal expansion bring to YVR?

DE: The Pier D expansion project will represent a significant increase in operational capacity with eight wide body aircraft. The added gates will also enable YVR to support large aircraft including the A380.

We anticipate that the Pier D expansion project will allow us to accommodate more than 3 million additional passengers a year. Each new flight at YVR has a substantial impact, creating jobs and economic benefits across the country through flight operations and passenger spending.

PAX: Is the terminal expansion expected to broaden the range of destinations served by YVR?

DE: We’re always looking to add more airlines and routes for our passengers. At the steel topping event, Air Canada’s Tertius Serfontein, senior director, airports – Western Canada, spoke about the significance of this expansion for the airline:

“We have strategically developed and expanded Air Canada’s international network over the last several years transforming YVR into our commercial trans-Pacific hub that efficiently connects people from our Asia, Australia, India and Europe flights to and from our vast North American network radiating from YVR. Over the last five years, we have added 46 per cent in additional capacity and today, we launch up to 1,293 flights globally each week, representing more than $5 billion worth of aircraft assets dedicated to the YVR market every day.”