Michelle Froese is a Vancouver-based writer, editor, and adventurer. She's an advocate for clean energy and eco-tourism, and has spent nearly 15 years as an editor for renewable trade publications and more than 20 years as a technical writer. Michelle serves as an editorial judge and marketing manager for TABPI (Trade, Association and Business Publications International), which sponsors the Tabbies b2b magazine editorial and design awards.

It’s been said that change is the precursor to growth and for Transat, the saying is particularly true.

The company treated nearly 20 of its top travel agent partners to lunch on Sept. 20 at Boulevard Kitchen & Oyster Bar in downtown Vancouver to discuss its new schedule in western Canada, including the upcoming launch of its Airbus for the Vancouver market.

“There’s been a lot of changes with much to look forward to,” Dean Neville, Transat’s Western Canada sales manager, told PAX. “We’re excited to offer new services down south, including direct flights from Vancouver to Fort Lauderdale, Punta Cana and Costa Rica.”

In fact, Transat will be the only carrier offering direct service to southern Florida from the west coast.

“It will be the fastest way to see Florida from the west coast of Canada, taking only about five-and-a-half hours,” said Neville. Flights will be offered on Fridays and Sundays from Vancouver International Airport, starting on Dec. 20.

A closer look at the A321neoLR

Perhaps more impressive than the time-savings travellers will gain when heading down to the sunshine state is the aircraft: the Airbus A321neoLR.

“We’re the first in North America to fly this plane and the first to take it across the Atlantic Ocean,” said Joseph Adamo, chief distributor officer with Transat, during a presentation at the VIP luncheon.

Adamo was part of a committee that worked strategically to select the interior fit and ideal customer experience for the Airbus.

“I liken it to decorating a home that’s worth more than $100 million,” he joked. “But I think we now have one of the nicest single-aisle commercial aircrafts available today.”

Transat originally placed an order for 15 Airbuses and recently topped it up to 17. According to Adamo, two are already flying out of Toronto and Montreal. The one based in Vancouver is set to arrive in December, with the majority expected in Canada sometime next year.

“I’ve had the good fortune of flying [on the Airbus] twice now and from the (lack of) cabin noise to the quality of seats, larger video screens, mood lighting, as well as the number and positioning of lavatories, and 12 club seats at the front, it’s an outstanding product,” said Adamo. “Customer research confirms that we’ve done the right thing here.”

Here are some other features of the A321neoLR:

The Airbus offers a total of 199 seats, including the 12 club seats at the front, which are similar to business class.

“Expect more personal space, which includes seat pitch and width,” said Adamo. “And in case you’re wondering if this has anything to do with the grounding of the Boeing 737 MAX-8, it doesn’t. We’ve been on the order book for well over two years.”

The announcement is no surprise to Mark Greenwood, director of operations with Travel Masters’ Vancouver branch. The company has five offices and 65 agents across Canada.

“We’ve always been strong supporters of Transat and have found the company to be one of the best carriers in the country, based on positive feedback from our clients,” Greenwood told PAX. “They offer excellent service in the west.” 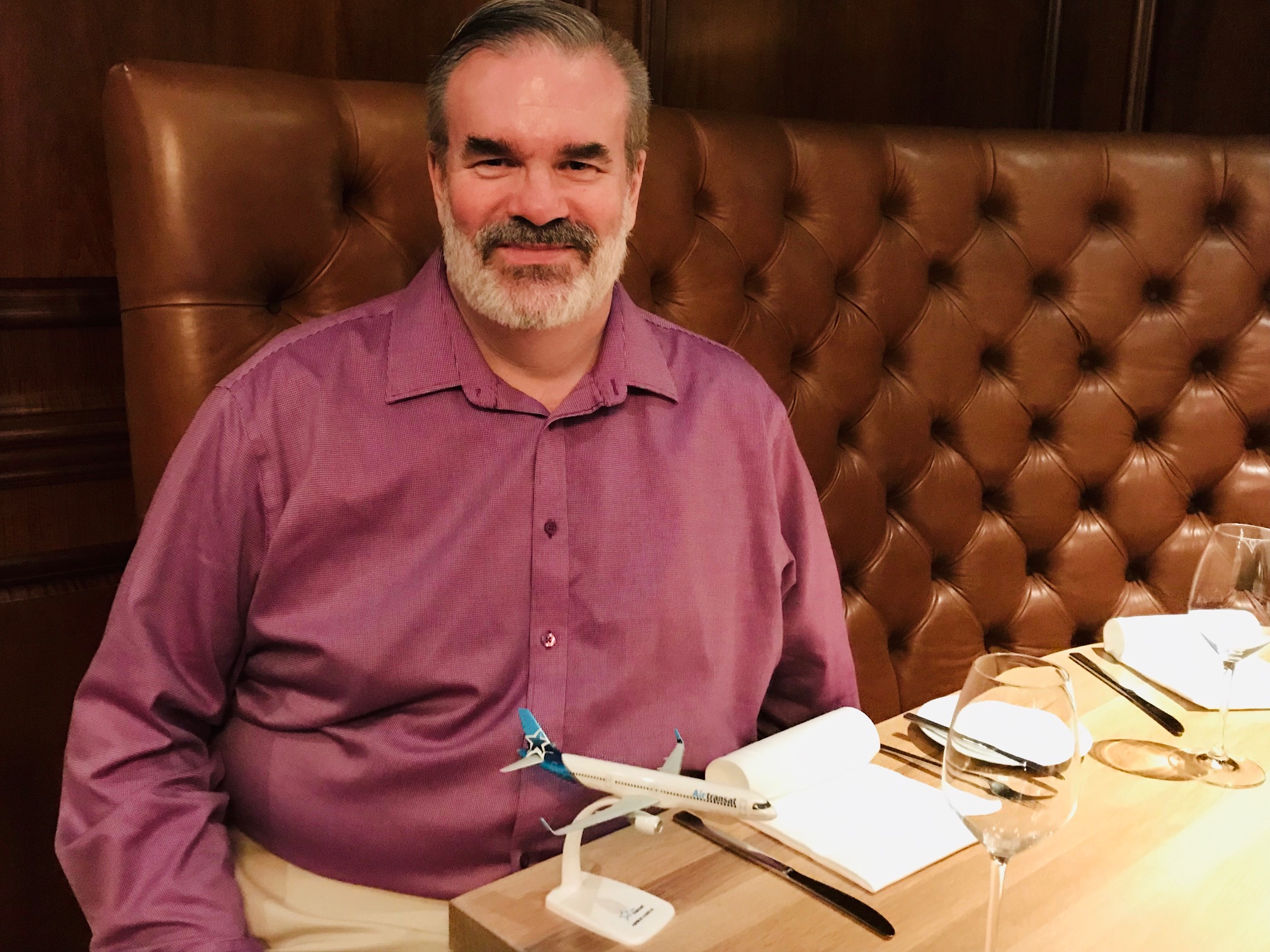 During the luncheon, Transat also touched on another big change for the company and the much-anticipated acquisition by Air Canada.

“The regulatory authorities are busy doing their due diligence,” said Adamo. “It’s a fairly lengthy process that’s not unusual when two competitors decide to join forces, and especially when it’s a couple of top-rated companies in the airline industry.”

Although Transat had no “for sale” sign up, Adamo said it was actively looking for new alliances and partnerships late last year and early this year. “Air Canada came calling and there is no greater alliance than that. We think, together, we can offer a powerful combination. It would allow Transat and its employees to take what it’s done for 32 years and make it shine on a global stage.”

Both Adamo and Neville anticipate the deal with Air Canada to close next year with little impact until 2021.

“Until then, it’s business as usual and we remain independent competitors,” said Adamo.

This means a few other changes from Transat for the winter season.

“We’re offering increased capacity in Winnipeg, Calgary, Edmonton and Victoria,” shared Neville. “For example, in Winnipeg, we’re extending the season through March to capture spring break. It’s full steam ahead with our new fleet and some new routes that we’re excited about.” 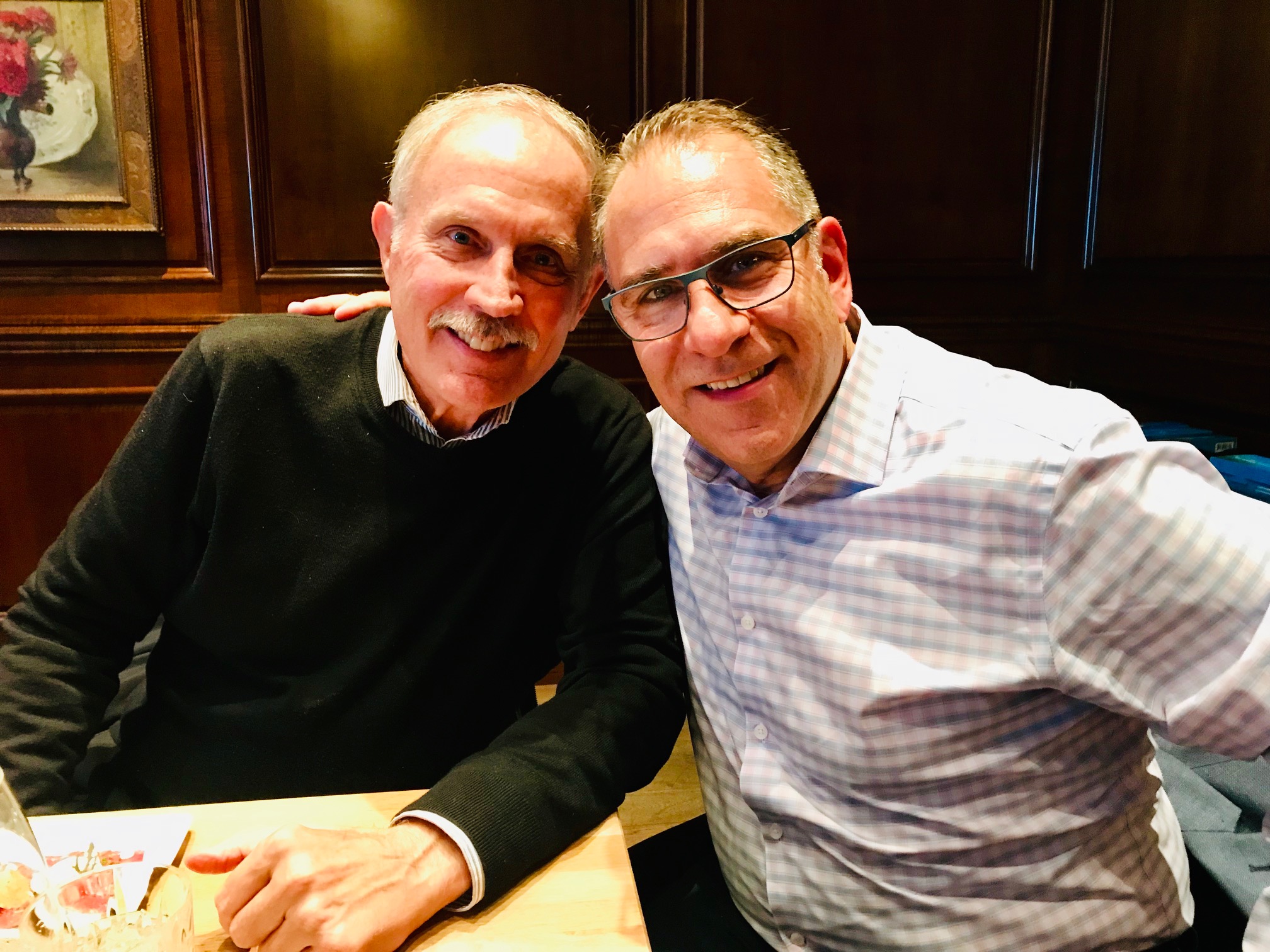