Report: One year after the hurricanes, the Caribbean is business as usual

On Sept. 9, 2017, Category 5 Hurricane Irma made landfall in the Caribbean, first hitting Cuba, and leaving behind a whirlwind of wreckage as trees were downed, Havana was flooded, and popular four-and five-star hotels were severely damaged.

Some islands sustained more damage than others, but just as residents and government bodies stepped in to pick up the pieces and start the rebuilding process, another Category 5 storm, Hurricane Maria, slammed into Dominica first on Sept. 18, then charged towards Puerto Rico on Sept. 20, making today the one-year anniversary of last year’s events.

The results for Dominica and Puerto Rico were without a doubt, catastrophic.

The Anguilla Air and Sea Ports Authority has announced that night operations have resumed at the Clayton J. Lloyd International Airport, which were previously suspended due to damage from Hurricane Irma.

Ferry services are operating on their regular schedules from Blowing Point to both the Dutch and French sides of St. Martin. All roads and beaches are clear, and as of May 2018, more than 1,200 rooms are available on island-- a wide selection of villas, boutique hotels and apartment rentals including five-star resorts. As of the latest press briefing, 90 per cent of restaurants and attractions were open.

As of July 16, 2018, Antigua and Barbuda’s tourism numbers have climbed significantly. Antigua and Barbuda Tourism Officials have reported that, for the first time in over fifteen years, Antigua and Barbuda has shown the strongest overall visitor arrivals by air from January to June (148,139), with significant increases in the key source markets for the destination: US, Canada, UK and Caribbean. This represents an overall +7 per cent increase from 2017, despite the hurricane. The closest the destination previously came to these figures was in 2008 (146,935).

Antigua was spared during the hurricane, but Barbuda, unfortunately, was not. Roughly 2,000 inhabitants were relocated, but the majority of them are now back home. The wildlife is slowly returning to the island, and hotels continue to rebuild. 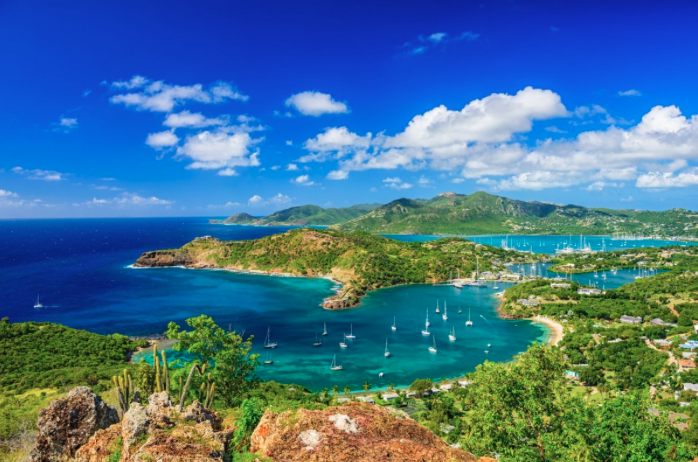 Following stupendous clean-up efforts, BVI’s beaches and roadways are clear, and visitors are flocking to the popular vacation spot once more. The charter yacht and sailing industry has completely rebounded. To date, many of the BVI’s premier resorts have come back online as well. As of August 15, there are 769 rooms on land and 2,930 berths available throughout the territory. By winter season, that number will rise to more than 1,000 rooms and 3,200 berths. Necker Island is scheduled to reopen on October 1st, with several of our luxury properties to follow in late 2019 including Bitter End Yacht Club and Rosewood Little Dix Bay. Airlift and ferry service is back at full capacity, with some airlines even expanding service between San Juan and Tortola.

“We are better than ever; if anything, the hurricanes served us—we’ve been able to upgrade our existing properties, and add seven new properties that will open this winter,” said Eloy Govea, director, Cuba Tourist Board in Toronto.

Both a blessing and a curse, Hurricane Irma and Hurricane Maria actually added more kilometres of white sand to the island’s famous beaches. Cuba also announced that 287 hotels will receive Wi-Fi, and work will commence on a number of new developments, that ceased when the hurricane hit, as everybody pitched in to get existing properties back up and running.

Dominica's airports – Douglas-Charles and Canefield – are fully open for commercial operations with same-day connectivity with international carriers to and from Douglas-Charles. The ferry service operated by L'Express des Iles is also available. A new ferry service, Val Ferry, began operating between Dominica and Guadeloupe in August 2018. Val Ferry runs a weekly schedule with seating capacity of 400.

Though a great deal of restoration has been done in tourist spots like Old San Juan, Puerto Rico is still recovering.  Around the world, Puerto Rico is still in the spotlight, profiling the many citizens who are still suffering from the after-affects of both storms. Reports are conflicting, but on Aug. 28 the Government of Puerto Rico revised the official death toll to be 2,975 people, though many argue the number is actually much, much higher.

However, tourism numbers have climbed, and the Government of Puerto Rico is happy to report that air capacity and cruise arrivals are at an all time high. Air Transat will return to Puerto Rico this winter, and Air Canada and WestJet currently fly into San Juan. At the moment, more than 130 hotels are operating at full capacity. Others such as Dorado Beach, Ritz-Carlton Reserve and St. Regis Bahia Beach Resort open in October.

Cruise companies are also back, with more than 131,000 passengers in May.

Throughout the Caribbean, it's back to business as usual. Other destinations, including the Dominican Republic and St. Maarten have welcomed several new luxury hotels and resorts, and ground operations have been fully restored, including the ferry terminal in St. Maarten, which destroyed connections to nearby islands when the hurricane hit.