From business leaders to a dog named Snoop, this year’s IPW event in Anaheim, California saw an all-star gathering of attendees, from the who’s who of Canadian travel to A-list celebrities.

Now in its 51st year, the mega event, held last week from June 1-5 at Anaheim Convention Centre, welcomes thousands of exhibitors, suppliers, buyers and media from more than 70 countries to promote travel products, negotiate deals and participate in world-class events.

“IPW brings the United States to the world,” said Kimberly Hartley, Canadian account manager and representative for the Myrtle Beach Area Convention and Visitors Bureau. “It’s a great opportunity not only for us as suppliers to showcase our destinations, hotels, attractions, but also for buyers to come to one location and meet us all.” 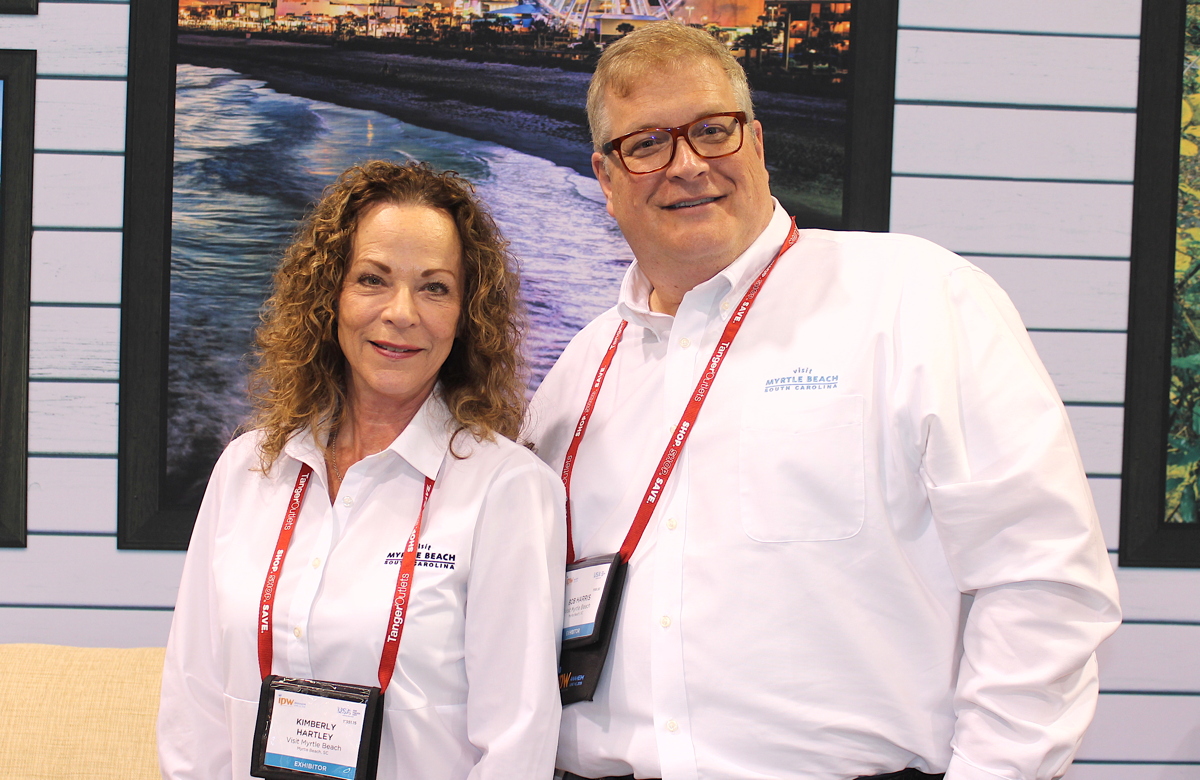 Speaking with Hartley at Myrtle Beach’s booth in the IPW Marketplace, a sprawling space of exhibitors representing more than a thousand U.S. destinations and attractions, PAX learned that Myrtle Beach has “just come off a great year” with 20 million visitors. 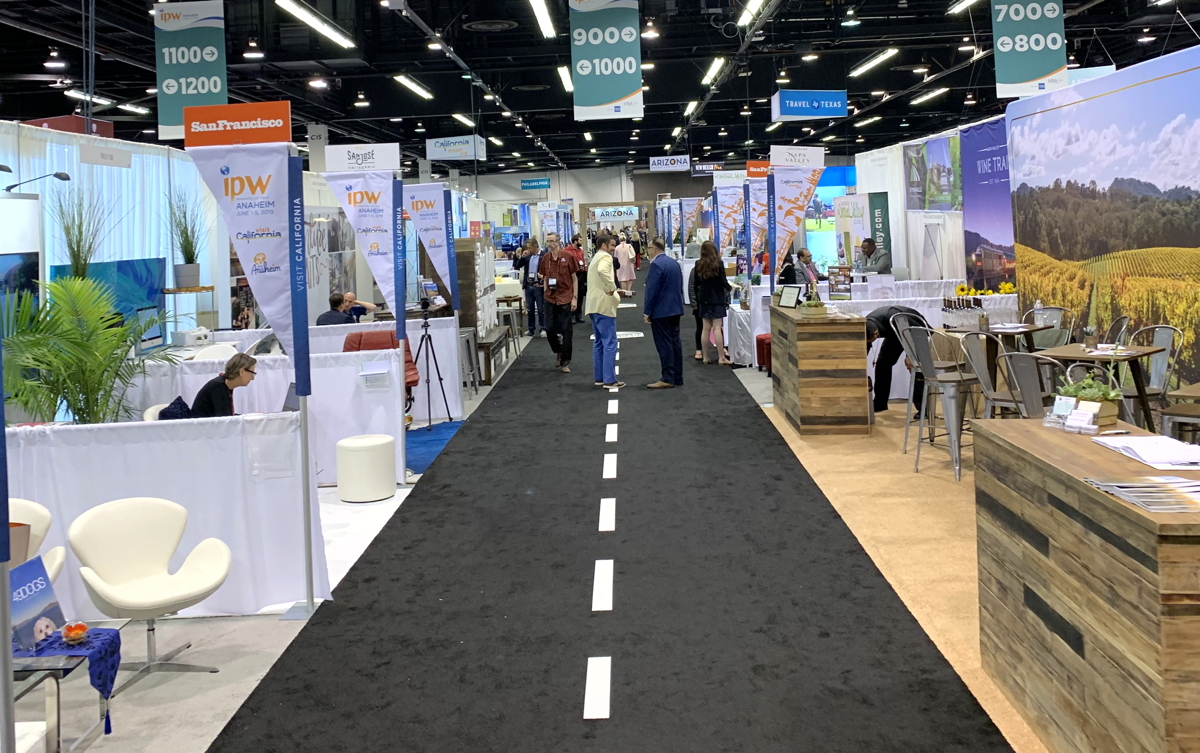 Canada is the United States' number one international market, generating 21.2 million Canadian visitors in 2018, according to recent stats released by the U.S. National Travel and Tourism Office.

“I’m proud of the fact that, as a Canadian, I can represent Myrtle Beach at IPW. It’s important we’re here,” Hartley told PAX.

In between pre-scheduled business appointments, IPW delegates were also given opportunities to explore Anaheim (which last hosted IPW in 2007) via sightseeing tours and memorable parties hosted by select tourism boards.

From TravelBrands to Snoop Dogg

For many, IPW is a playground for business and networking opportunities.

“All of our suppliers in the U.S. are in a centralized location where we can engage,” said Frank DeMarinis president and CEO of TravelBrands, who was seen with Hideo Hatano, president and CEO of H.I.S. Co., Ltd. (H.I.S.) last Tuesday (June 4) at IPW’s bumpin’ Texas party at House of Blues Anaheim. 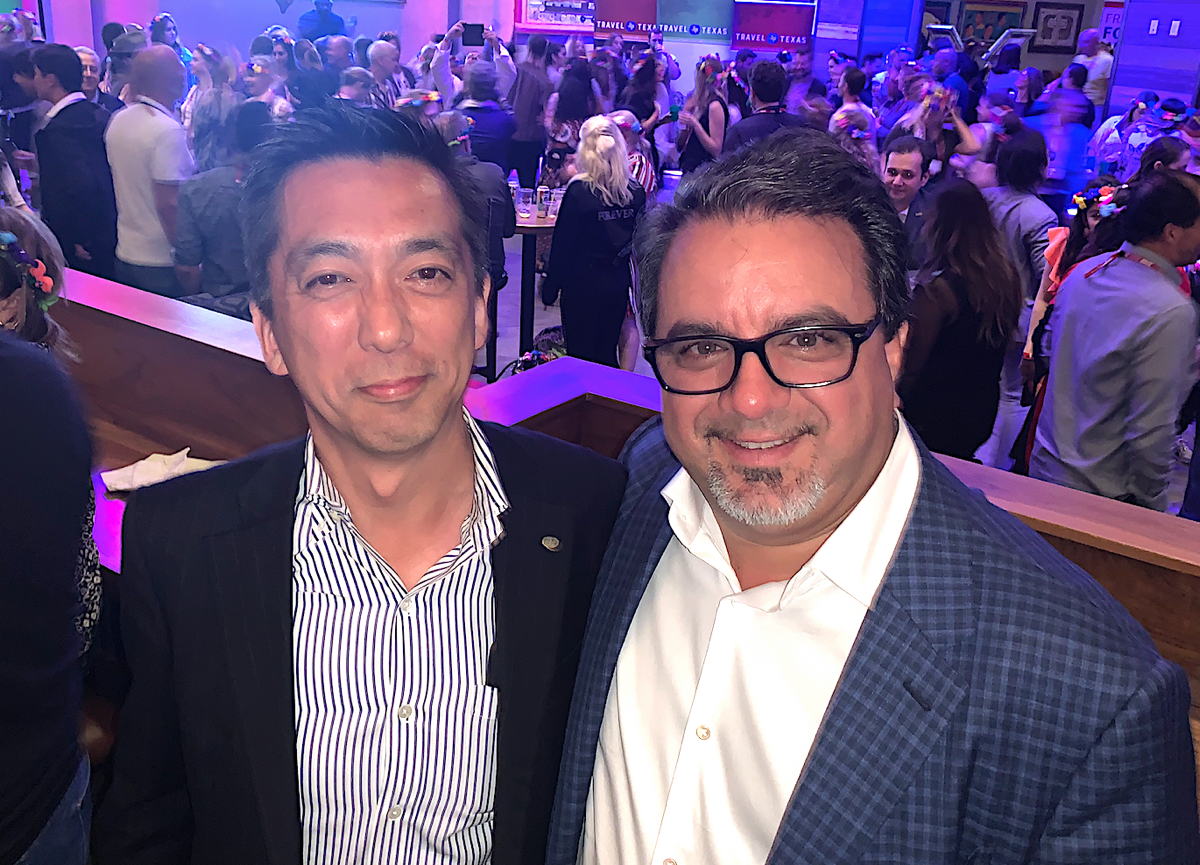 “From H.I.S’s perspective, [IPW] is a new entry point when you’re looking at the different [U.S.] states in terms of how we can promote them in Canada,” DeMarinis told PAX at the party, noting that TravelBrands is “continuing to look at how we can expand in the U.S.”

It also wouldn’t be IPW without a few celebrity appearances thrown into the mix. 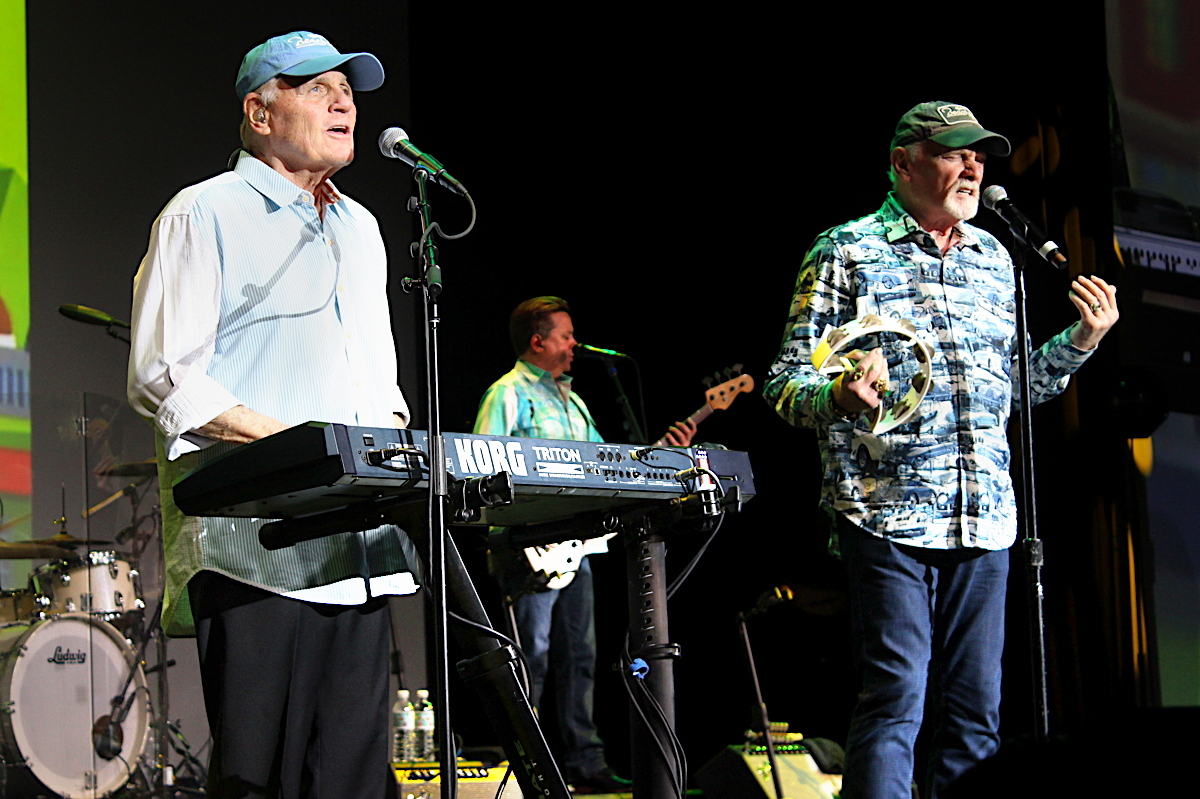 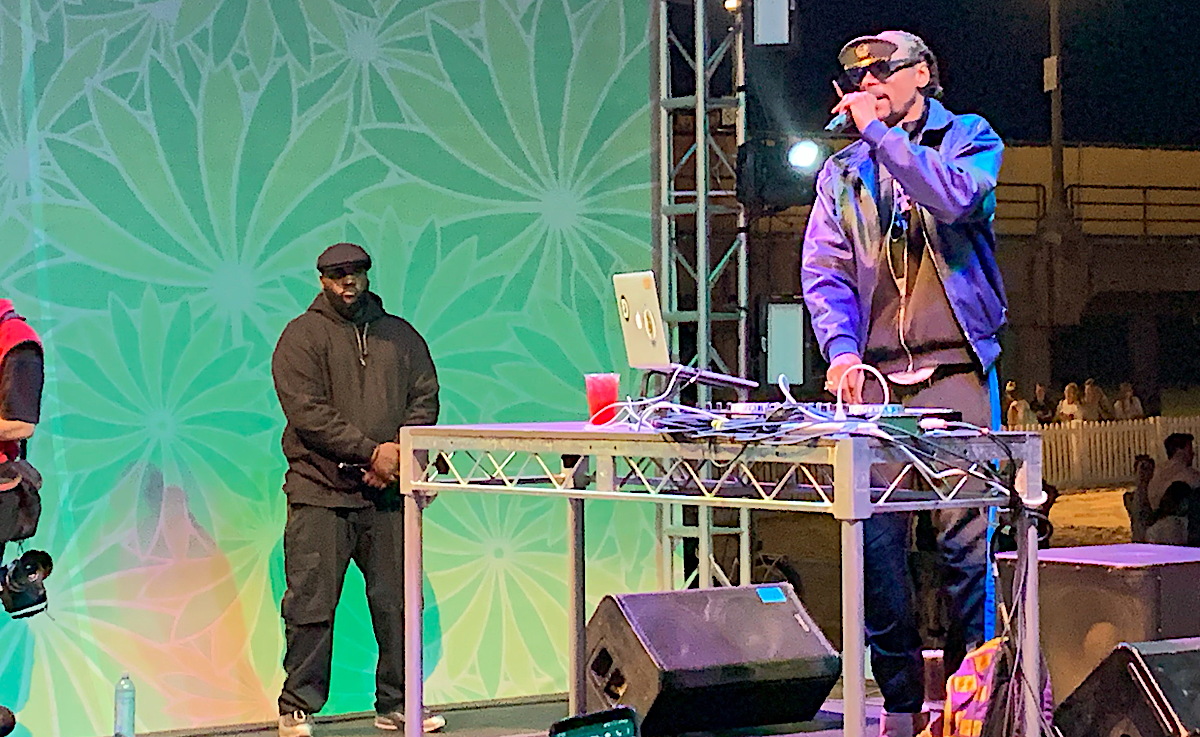 “I’ve got the travel bug just like anyone else,” Bedingfield told PAX, speaking on her love for travel and how it was “wonderful to see people singing along” to her songs at IPW.

Bedingfield, who has English and New Zealand roots, performed in the streets of downtown Anaheim at IPW’s Press Brunch kick-off, and then staged an encore on the final day in California Plaza, an activation space created by Visit California that connected IPW’s host hotels with the convention centre. 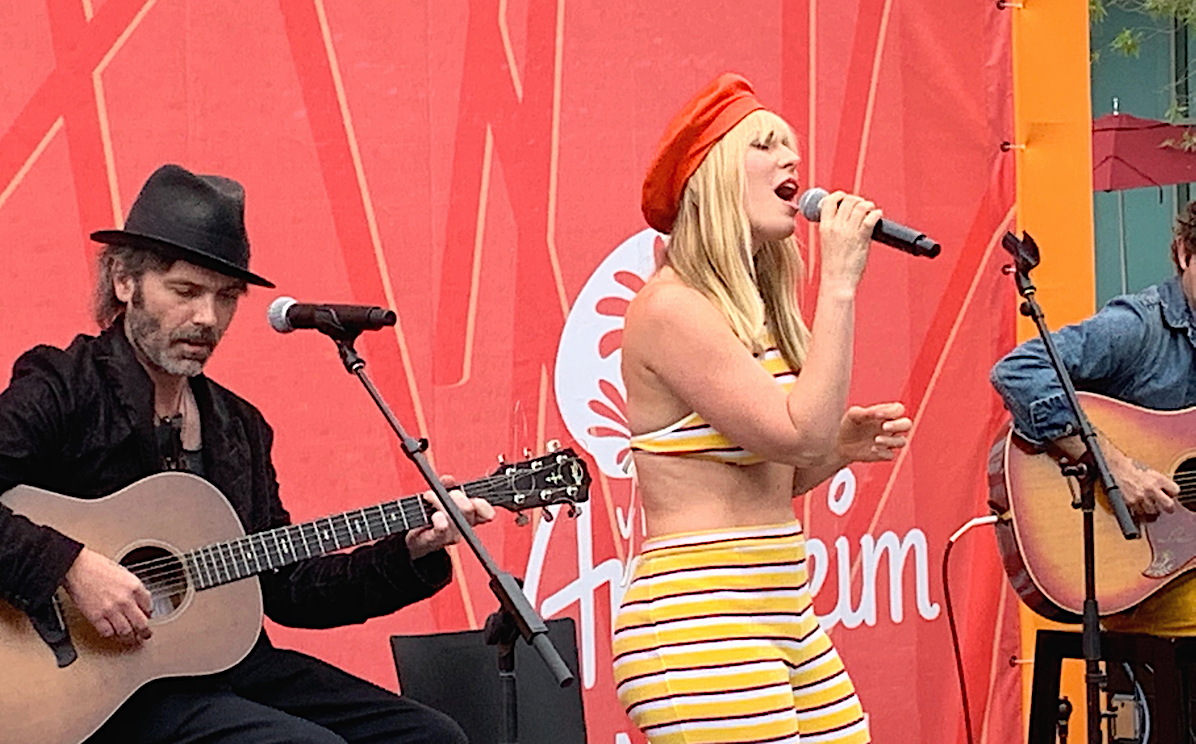 (While the weather that week was mostly overcast, the sunshine did break through on that final day, coincidently as Bedingfield preformed her hit song Pocketful of Sunshine).

“There’s so much potential for us at Air Canada Vacations to grow our U.S. business at IPW,” Nancy Jeronimo, manager of product development at Air Canada Vacations (ACV), told PAX.  “I love the face-to-face time, meeting with suppliers, and going through the past, present and future to work on new opportunities. This is the perfect venue for it.”

Jeronimo was among the lucky few who got to sneak backstage and meet singer Jason Derulo after he performed a high-energy set at Experience Kissimmee and Universal Orlando Resort’s annual luncheon last Wednesday (June 5). 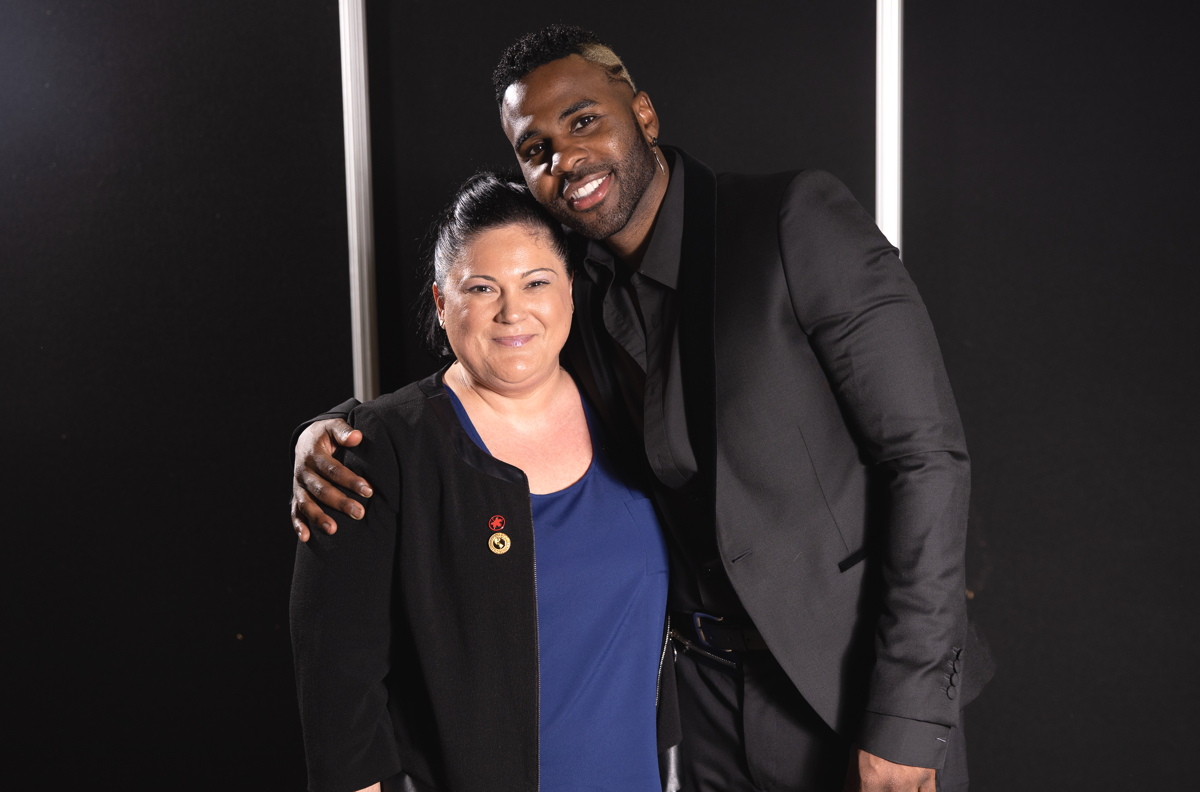 Jeronimo said Derulo was “super sweet,” calling him “warm and friendly” with a “great smile.” 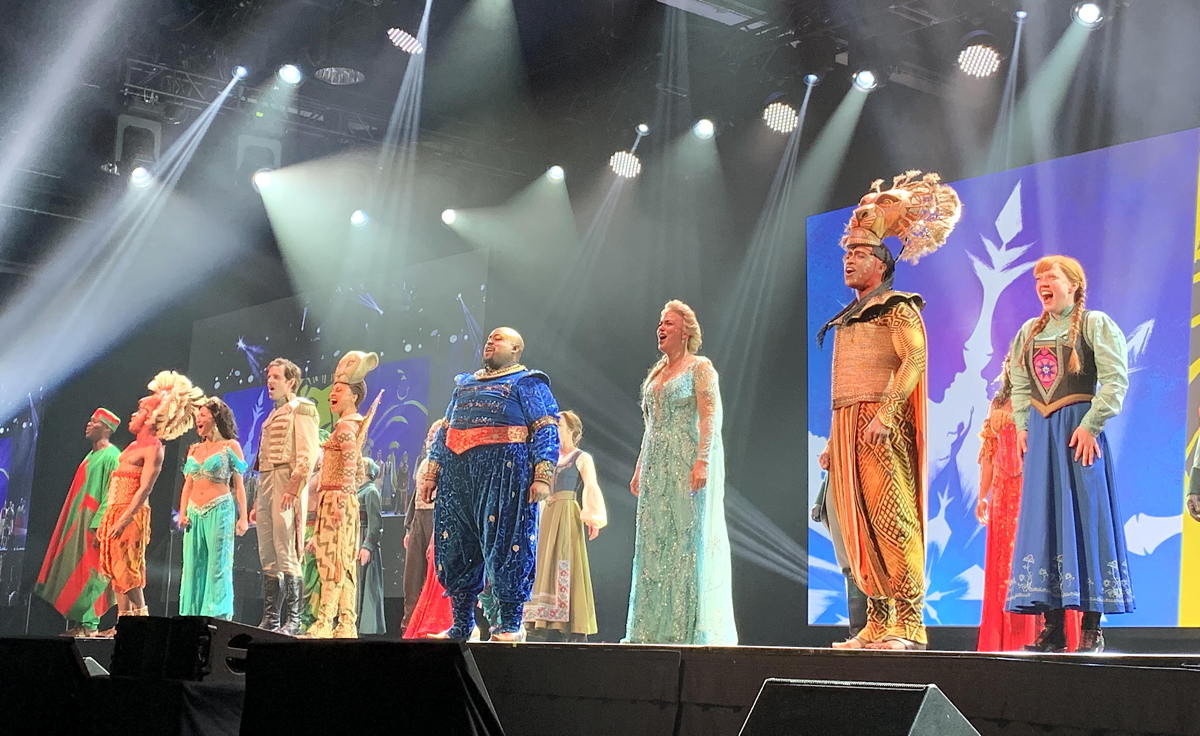 Putting Canada on the map

This year’s IPW attendance was reportedly 25 per cent higher than Anaheim’s event in 2007, boasting 1,300 exhibitor booths and more than 6,200 attendees, including some 500 journalists.

Spotted in the mix was the team from WestJet and WestJet Vacations.

“I love the opportunity IPW provides for WestJet Vacations to meet with our U.S. partners all in one location,” said Denise Sterling, product manager at WestJet Vacations. “Prescheduling appointments lets us conduct business during the day while the evenings are for networking at some great events and venues. It’s a valuable five days for all of us.” 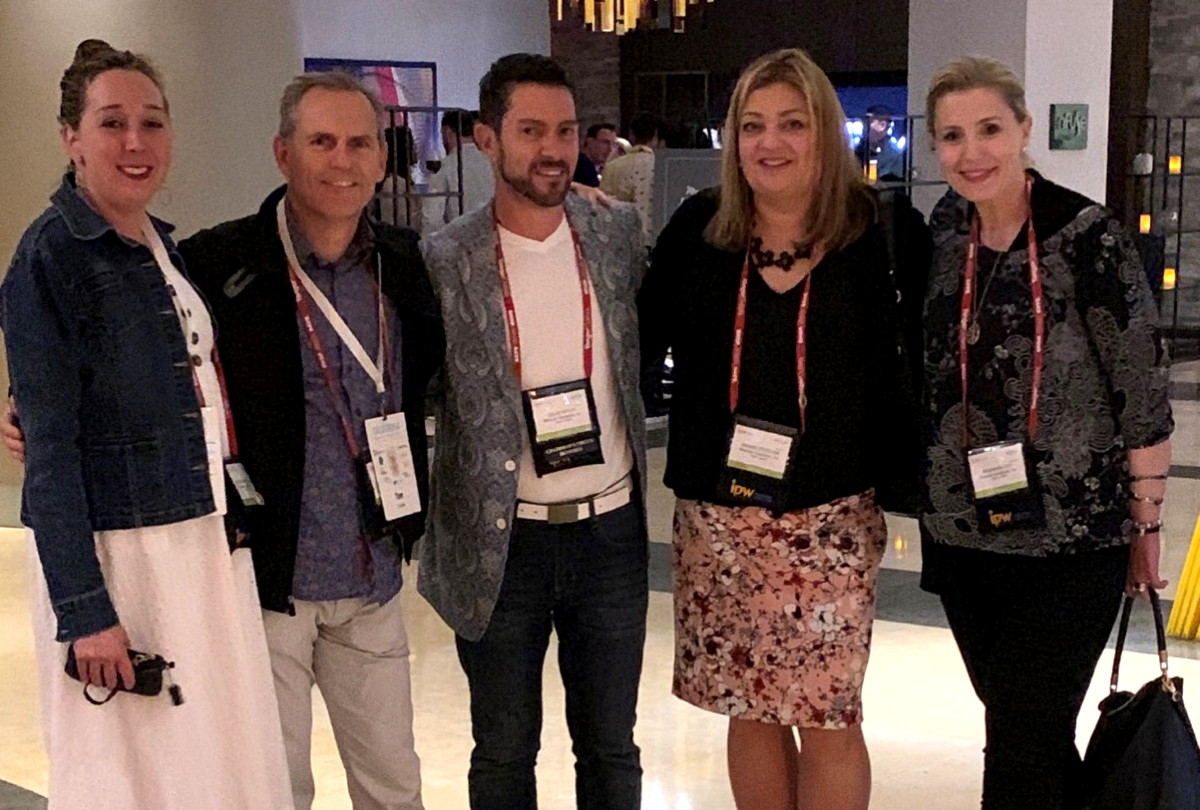 Describing the week as “incredibly educational, organized and fun,” Sterling noted many memorable IPW moments, such as when she and her team got to experience Star Wars: Galaxy’s Edge at Disneyland Park and Knott's Berry Farm. 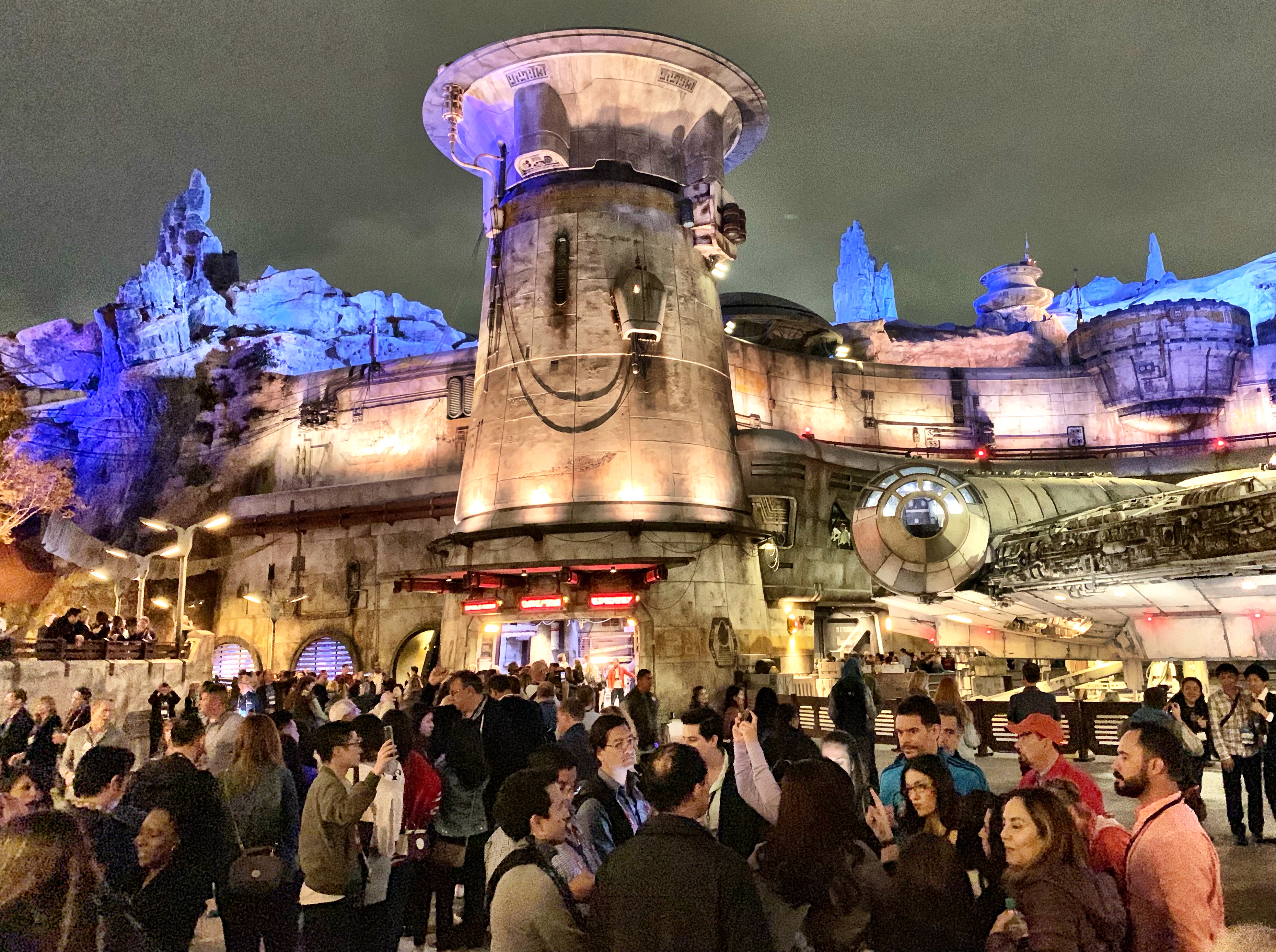 (Yes, IPW bought out both parks for their opening- and closing-night parties).

However: “The time that we had to connect with our hotel and destination partners and experience Anaheim with them,” said Sterling, was most memorable.

“[IPW] allows us to review how we are doing with our U.S. partners, identify trends, give and receive updates, implement opportunities and discuss strategies as we head into contracting season,” Sterling told PAX.

Putting Canada on the IPW map this year was Colin Skerritt, Canada’s former director of tourism for the Antigua and Barbuda Tourism Authority and newly-appointed regional director for Brand USA in Canada (also, notably, Brand USA’s first full-time employee outside of the U.S.)

Skerritt, who started his role last month, told PAX that he plans to “re-invigorate” the way the U.S. is marketed in Canada by focusing on experiential travel that goes beyond America’s gateways. 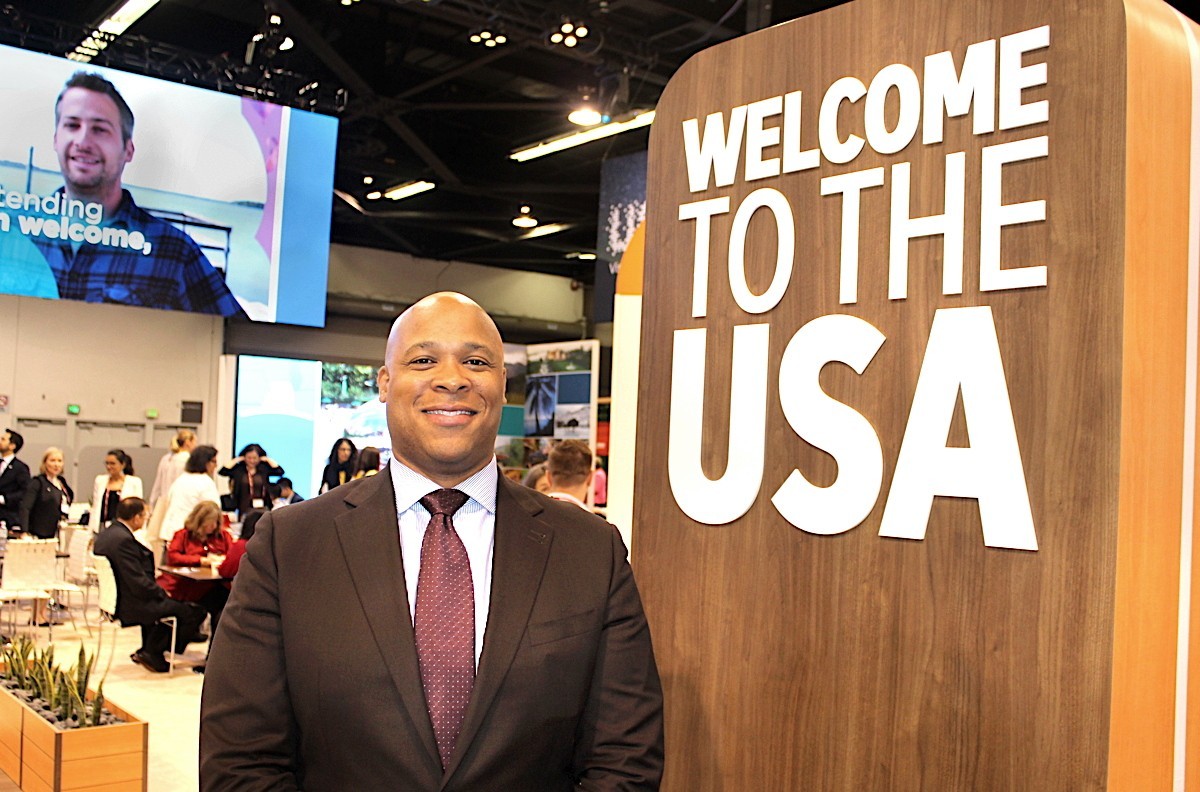 “We’re really excited for what Colin is going to do with us,” Thompson told a room full of reporters.

“The place to be”

There’s a special camaraderie that exists amongst the Canadians who attend IPW.

“The Canadian delegation at IPW is one of the most respected and fun delegations,” said Susan Webb, owner and president of VoX International, who attended this year’s IPW on behalf of Discover America Canada, which Webb oversees as president. 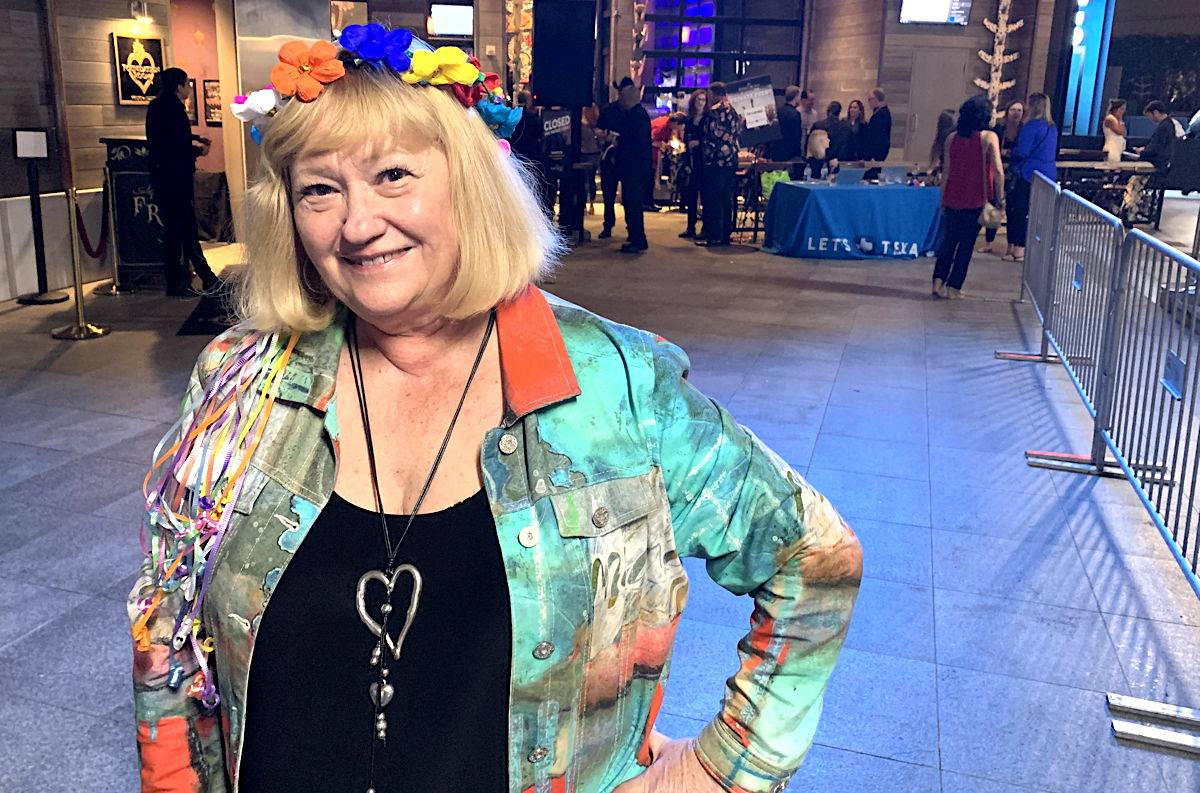 Discover America Canada gave the week’s Canadian contingent a chance to bond at an exclusive welcome reception sponsored by the Los Angeles Tourism and Convention Board and Los Angeles World Airports at the Hilton Anaheim Hotel on June 2nd.

In the words of Webb: “If you sell the USA, IPW is the place to be.”

“Having the opportunity to talk about business opportunities for our Canadian market is so important,” Webb told PAX. “It’s also important that we share the Canadian story. As much as we think everybody in the U.S. understands the Canadian consumer, they don’t.  We need to be here, face-to-face.”

A handful of travel companies did Canada proud at this year’s U.S. Travel's Chairman’s Circle Honours, an event – co-hosted by Brand USA and held during IPW – that applauds international companies for outstanding efforts to bring the world to America.

Among the list of nearly 60 honourees, Air Canada Vacations, TravelBrands, and WestJet Vacations were the Canadian companies recognized.