In World Animal Protection’s recent report, Checking Out of Cruelty, the organization draws attention to one of the biggest issues in the tourism industry — most vacationers are big animal lovers, but they unknowingly cause harm to those animals by inadvertently supporting enterprises that profit from animal tourism.

While zoos, circuses, and dolphinariums used to be the key culprits, animal tourism is getting better at disguising itself under the vice of false advertising — feel-good words like “sanctuary,” “not-for-profit,” or “rehabilitation centre” are all strategically used to make tourists feel as though they’re giving back to the animals they pay good money to see.

"Hundreds of thousands of wild animals are suffering in cruel tourist attractions around the world and many are still being poached in the wild to meet people's desire to get up close to them," Melissa Matlow, Senior Wildlife Campaign Manager, World Animal Protection, told PAX. "Our research tells us that many tourists visiting these attractions are animal lovers who are unknowingly causing animals harm on their vacation. With the help of Canadian travel agents, we can educate tourists, shift demand in support of more ethical tourism and keep more wildlife in the wild where they belong."

Here are the top five animal-themed excursions to stop selling to your clients:

The act of riding an elephant is becoming more and more unpopular, especially amongst younger generations. Still, many tour operators selling trips to India, tack on an elephant ride as part of the package. Even if the distance travelled is short, there's no such thing as a cruelty-free elephant ride.

"Like any wild animal, an elephant’s behaviour can be quite unpredictable, especially when they are stressed and frustrated in captivity," Matlow said. "They can be very dangerous and tourists and mahouts (elephant handlers) have died at elephant riding camps. We now have more than 200 travel companies committing to not sell or promote elephant rides and shows and that number continues to grow. Since we launched our Wildlife. Not Entertainers Campaign in 2015, we’ve seen global public acceptability of elephant riding drop by nine per cent." 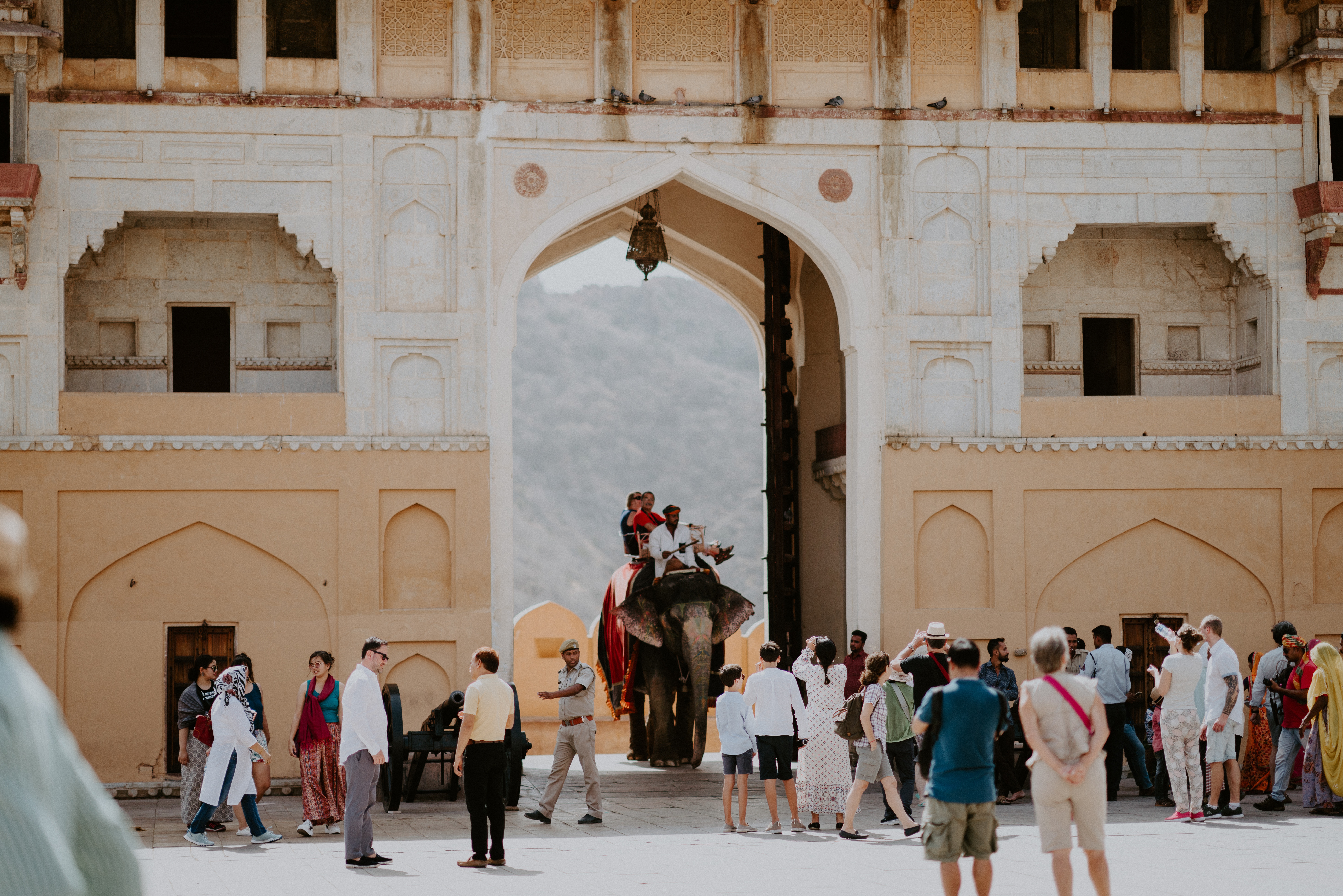 Big cats are natural predators. With that being said, there's nothing natural about walking with a wild lion, yet in an effort to revitalize the safari experience, certain tour operators have been promoting lion walks— the opportunity for travellers to walk with lions under the watch of "trained guides," who are usually armed, just in case something goes wrong.

Two problems arise here, the first being that should the wild cats show signs of aggression, there's a risk that they're put down. The second problem is one that many tourists aren't even aware of.

The lions selected for lion walks are intentionally bred and subjected to harsh training in order for them to be "suitable" for human interaction. Most often, the same young lions who go on walks were previously used as photo props when they were young cubs. 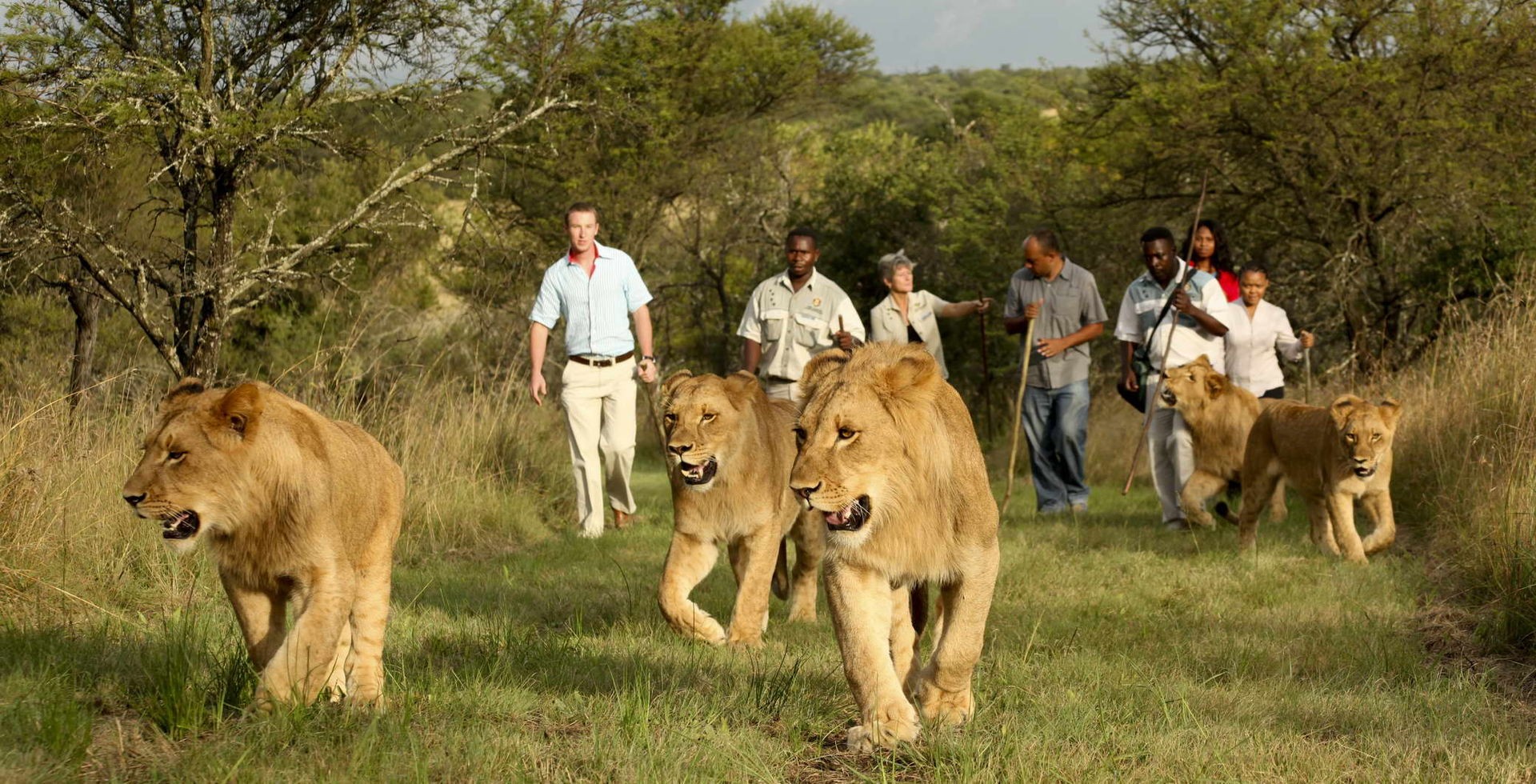 "The cubs are as young as one week old when they are taken from their mothers and handed to tourists to be used as photo props," said Matlow. "They experience a lot of stress and can be easily injured from the constant handling and from not being kept in natural environments. They are typically kept chained or in barren enclosures which can cause boredom and frustration. When they are older they are used for lion walks and when they are too old or too dangerous they are either euthanized or sold to zoos or private collectors."

In many cases, the lions, now too socially-conditioned to be released back into the wild, end up in captive hunting facilities — hunters pay a fee to enter a compound that houses tame, captive lions, and proceed to hunt them, with the lions having no way to escape.

Swimming with dolphins, or paying money to visit marine parks and dolphinariums is another activity that environmentally-conscious travellers are steering clear from.

"Many tourists don’t realize these dolphins are forced to interact with groups of tourists all day, in order to get food," Matlow said. "They suffer so much in captivity that they sometimes require drugs to treat ulcers and other stress-related conditions. They are kept in the same small, barren tanks every day, year-round for their entire lives so they can’t do anything a dolphin would like to do in the wild. They can’t swim at great speed or dive very deep. The water is so shallow for them they frequently suffer from sun burns. Their eyes and skin also get irritated from the chlorine which is necessary to keep the pool clean for tourists." 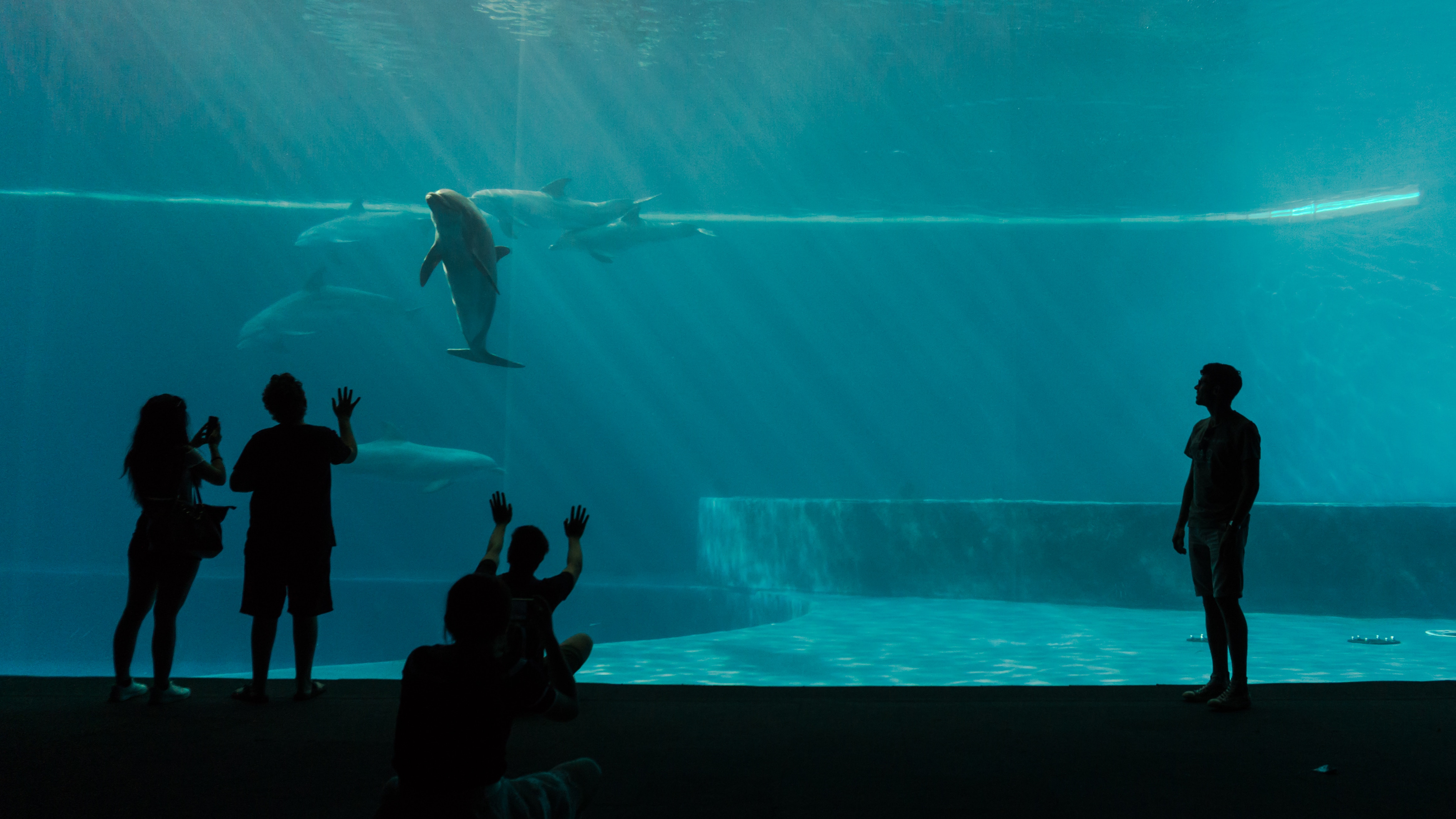 If seeing dolphins, whales, or other marine life is a big must for your clients, encourage friendlier alternatives like whale-watching from a boat, scuba diving, or snorkelling.

For animal lovers, being told not to take a selfie with a wild animal might seem strange, and thanks to Instagram, it's natural to want to share your experiences with your followers. Wildlife selfies end up promoting animal tourism, and in many cases, the act of getting the photo itself can hurt the animals, or cause distress.

In the Caribbean, for example, a popular photo opportunity is to pick up a starfish and pose with it in the palm of your hands. But did you know that starfish die between one and five minutes once taken out of the water? In the time it takes to get the perfect selfie for Instagram, the starfish is now dead, with many people not even realizing this is what happens.

The same goes for many of the animals you and your clients might see down south, especially in the cases where locals ask tourists for money in exchange for a photo.

"Wildlife selfies on the beach are very popular in Mexico and the Caribbean," Matlow explained. "People don’t notice that the parrot’s wings are clipped so it can’t fly away and the monkey remains chained all day and every day. They are stressed when paraded around and handled by countless tourists for photo ops and from not being able to behave naturally. These animals were not rescued – they are photo props for a commercial business." 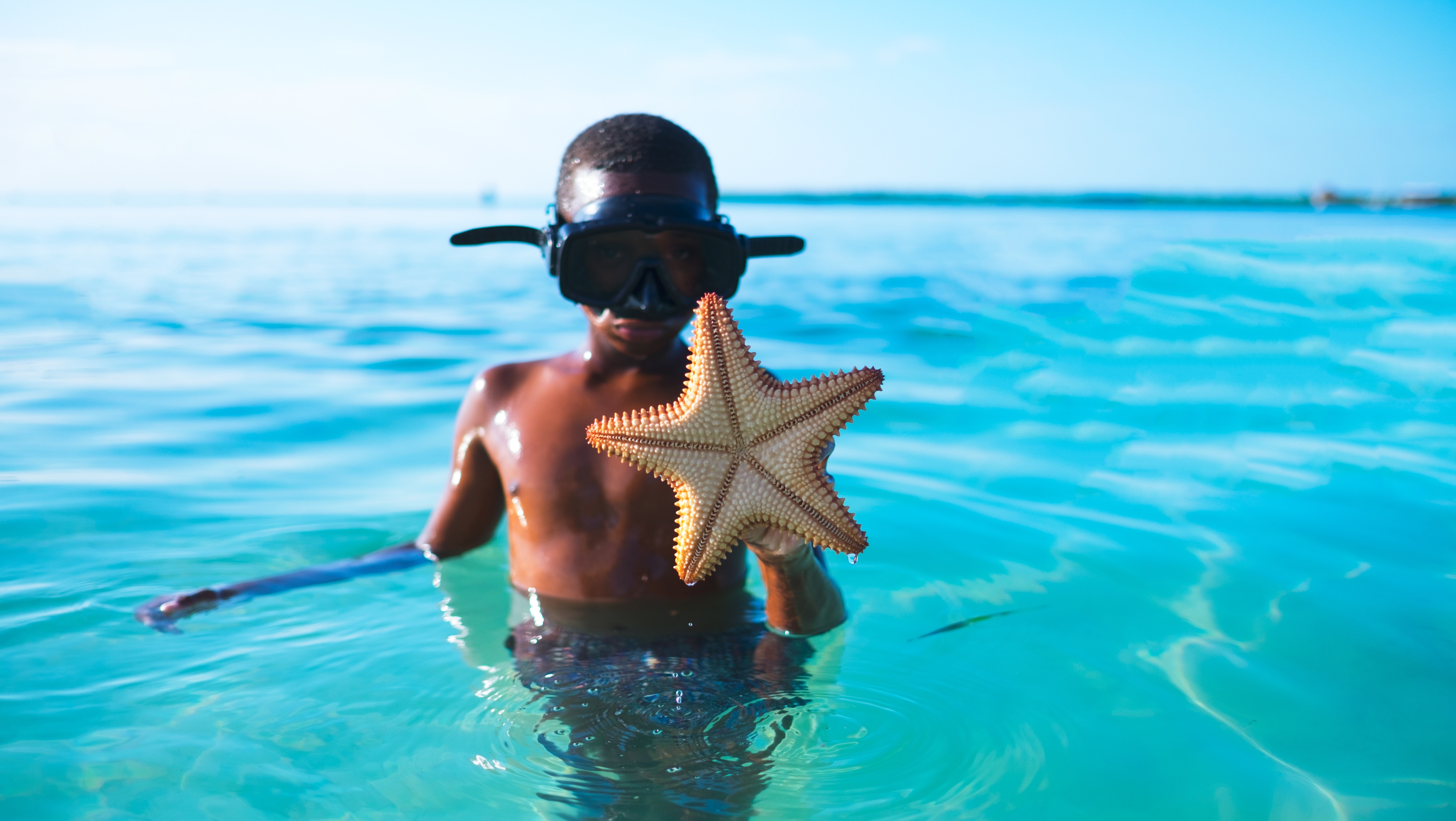 Crocodile farms might sound like a fun way to see a crocodile up close, but they're often misunderstood. Many organizations promote crocodile farms as a place for sustainable breeding to get wildlife numbers back up, but sometimes the reptiles are mass-bred for crocodile-skinned accessories or crocodile meat.

There are a few ways to spot the difference between such establishments, Matlow said.

"A good sanctuary keeps the animals in a natural environment and doesn’t breed them unless they are being released into the wild. If they have wild animals they should not allow tourists to touch or hold them for photo opportunities." 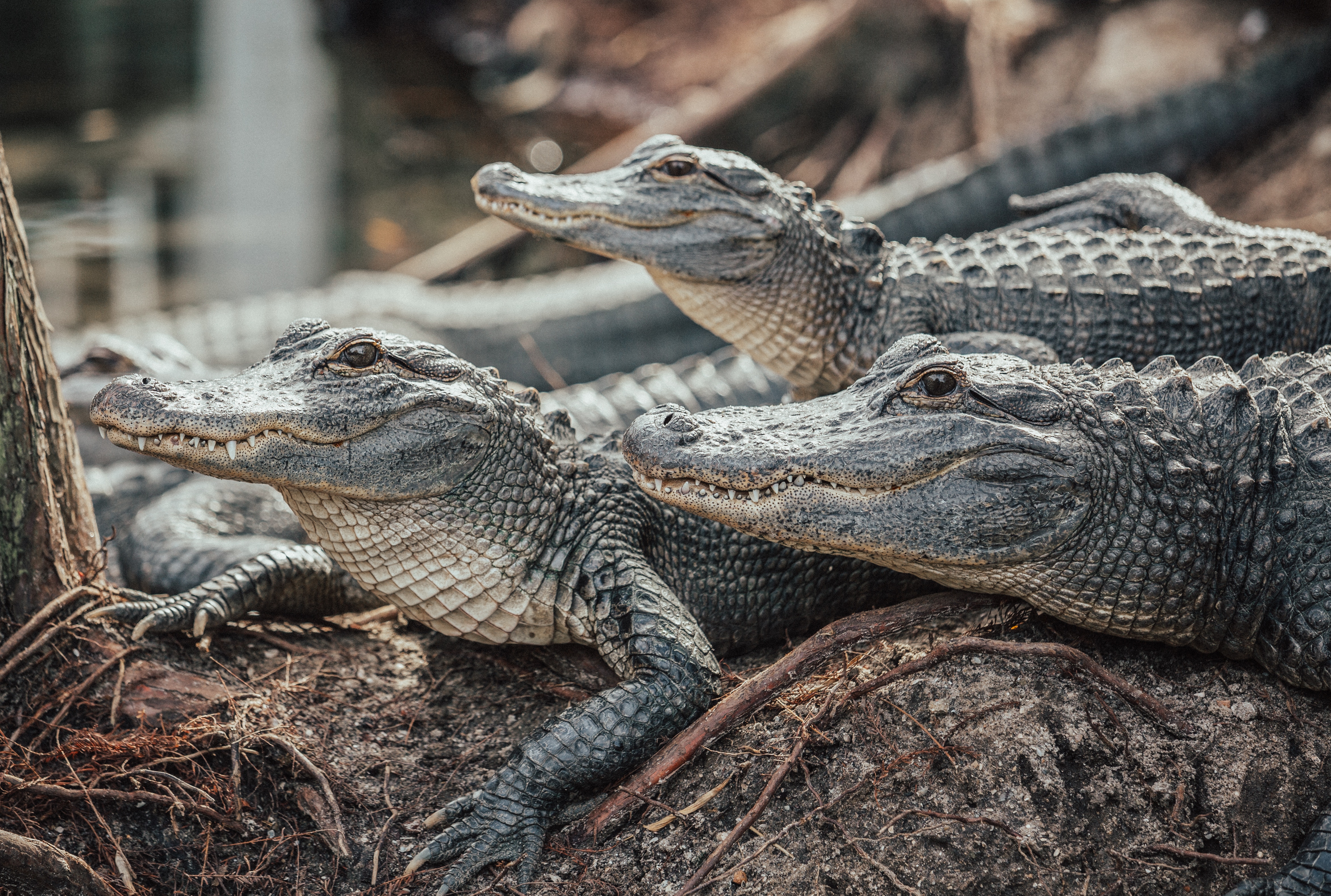 At the end of the day, travel agents have a huge impact on protecting wildlife and promoting sustainable tourism, as they have the power to make ethical recommendations for their clients.