Upon a recent visit to a cenote in Mexico, I was informed that if I wanted to swim in the cenotes, I would have to skip the sunscreen.

As a fair-skinned person, I don't think twice about slathering on the suncare product, especially under mid-day Mexican sun.

But the Tankah Maya Community where the cenotes are located, has taken a stand to protect the thousand-year old cenotes that run through its modern-day Mayan community—there are more than 6,000 cenotes in the Yucatan Peninsula alone, and the majority are freshwater; home to fragile ecosystems and fish.

It's something I never thought about before, but as a major tourist attraction, and part of an excursion offered by Unico 20º87º Riviera Maya, it's not hard to imagine the impact that thousands of swimmers, all coated in sunscreen, could have on the natural order of things.

In an effort to protect coral reefs and marine life, more countries are rallying against banning the use of sunscreens that jeopardize the natural environment.

Recognizing their role in both promoting tourism and protecting local environments, Unico 20º87º actually provides any guests who choose to do the cenote excursion with an amenity kit that contains organic sunscreen, free of harmful ingredients that hurt aquatic environments. 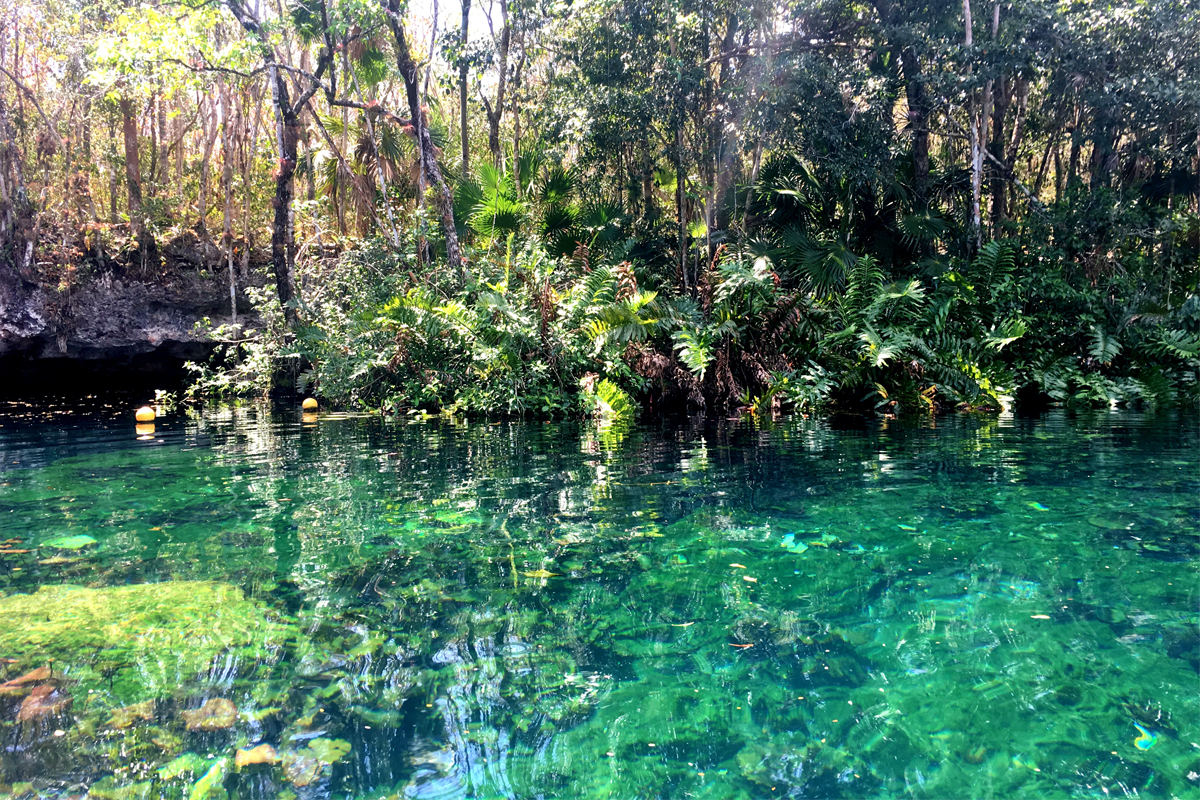 In all cases of sunscreen "bans", the important information to note is that the ban specifically targets sunscreens containing the chemicals oxybenzone and octinoxate, which contribute to coral bleaching and cause premature ageing to the sensitive organisms that call coral reefs home.

Back in May 2018, the state of Hawaii passed a bill (Senate Bill 2571) that seeks to ban the sale of any sunscreen products that contain harmful chemicals, that ultimately end up bleaching the coral reefs.

More recently, last November, the Pacific island country Palau has become the first country in the world to ban toxic sunscreen from entering its waters, after the country's president signed a bill that will take affect in 2020.

According to The BBC, any unfit sunscreen products will be confiscated from tourists, and anyone caught selling sunscreens listed with bad ingredients face a fine of up to $1,000.

The Washington Post reports that just last month (February 2019), The Key West City Commission voted to ban sunscreens containing oxybenzone and octinoxate, and beginning in January 2021, Key West will ban the sale of such sunscreens.

Following in the footsteps of Key West, just last week, the city of Miami is now considering banning harmful sunscreens in a bid to protect the coral reef systems. The Miami Herald reports that the proposed law would come into effect in January 2021, with a proposed fine ranging between $250 and $1,000 for anyone found violating the rule.

Although sunscreen and sunblock are designed to protect against serious skin damage, most suncare products do contain chemicals that, once washed off the skin during swimming, harm the natural environment.

Oxybenzone is a key ingredient in shielding the sun's harmful UVA and UVB rays, and it's found commonly in many popular consumer brands.

Prior to travelling, it's always a good idea to read the back of the product to be sure it can go in your bag.

On the contrary, mineral-based sunscreens use zinc and titanium dioxide, and protect the skin from sun damage naturally, allowing you to enjoy the beach without the guilt.

Plus, natural sunscreens are often infused with aloe leaf extract or coconut water to make your skin soft and hydrated.

Some of the popular sunscreen brands do have chemical-free versions as well, so remember to check! A good trick is to purchase sunscreen for infants or small children—if it's been dermatologically approved for a baby's skin, it will work for yours, too.

The following sunscreens don;t contain oxybenzone or octinoxate, and most are available on Amazon, or your local drugstore:

While mineral-based alternatives might be slightly more expensive, if you're intent on swimming in any of the destinations named, the choice is yours!