What does Jamaica's state of emergency mean for travellers? Angella Bennett of the JTB explains

Jamaica made headlines last week, after several media outlets reported that a state of emergency, enacted by the Jamaican government earlier in the year due to an influx of crime and violence, was extended on Aug. 15 through Oct. 28, 2019.

But as Angella Bennett, regional director of Canada for the Jamaica Tourist Board, told PAX that the move, though it sounds intimidating, is actually part of a larger strategy put forth by the Jamaican government to guarantee the safety and well-being of citizens and visitors alike.

“Jamaica has been having a really great summer so far, and our arrivals are off the charts,” Bennett told PAX in an exclusive interview.

READ MORE: Jamaica declares state of emergency due to spike in violent crime

Enacting a state of emergency is nothing new for Jamaica; the country issued one back in January 2019 for similar reasons.

“It’s a tool that the government uses to enhance security for all who are entering or leaving a particular geographic area,” Bennett explained. “Traditionally, the areas of St. James, Hanover, and Westmoreland are very quiet areas and they [the government] had sensed that there were activities going on in these areas that needed to be addressed, in order to make sure that these areas remain safe and seamless for all Jamaicans.”

The state of emergency, or as Bennett likes to call it, “enhanced security measures," is just one more layer implemented by the Jamaican government to ensure that everybody can have a safe and enjoyable time in the destination.

And according to Bennett, the latest statistics show that as a result of the government enacting a state of emergency, the number of violent incidents or criminal activities are rapidly declining.

When news broke that the Jamaican government had enacted a state of emergency, Global Affairs Canada also updated its advice for travel to Jamaica, under its ‘Travel Advice and Advisories’ tab.

The most problematic aspect of Jamaica declaring a state of emergency, Bennett explains, is the language used, which in turn, can sometimes prompt a swift and unfortunate miscommunication on an international scale, as the extension of the previously-enacted state of emergency was taken by some to mean that violence and crime was escalating further in Jamaica.

“The language is what is hurting us, because it’s embedded in our policies and procedures,” Bennett explains. “The extra steps to search, or to ask questions as people go about; you can’t just do that, so the only way this can be enacted is to put it into a written statement that we are in a state of emergency.” 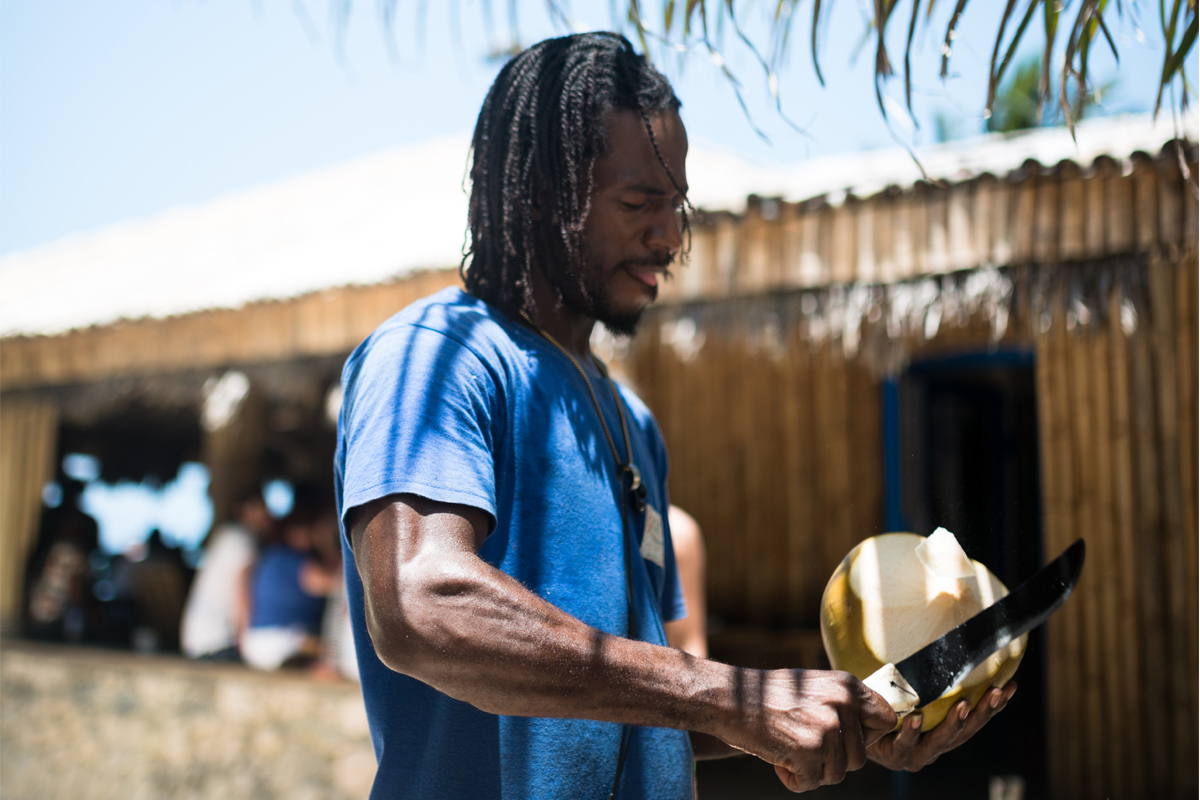 Is there really a tourist curfew?

Currently, the Canadian government cautions that security forces in Jamaica have been given increased rights to conduct searches and seizures, and detain persons of interest. The advisory also noted that curfews may also be imposed without notice.

As Bennett explains, this is largely for those who live in the area and does not affect tourists in the slightest.

“It’s just an extra layer that is implemented; often, when people are going to different zones, they are checked by the police just to identify themselves and their business,” Bennett explained. “It’s done with the utmost level of professionalism. I’ve gone through it living in Jamaica, and it always made me feel safer.”

According to Bennett, while resorts remain incredibly popular, Jamaica is currently seeing an influx of travellers opting to stay at an Airbnb, which means they’re wanting to explore more of the country on a local, experiential scale.

“Airbnb guests usually stay in non-resort areas in Jamaica, and we’ve had all positive experiences with Airbnb,” Bennett said. “If it was so bad, folks wouldn’t be going into these areas at all.”

“If a tourist leaves the resort, they’re likely going to an excursion, or going shopping, and these facilities remain open at a very comfortable time for tourists to experience,” Bennett said. “Even clubbing and nightlife still allow for enjoyment up until a decent hour and allow you to get back to your hotel safe and sound.”

While the state of emergency was enacted for three parishes which encompass popular vacation spots for Canadians, like Montego Bay, Negril, and Kingston, the measure is largely directed at citizens of Jamaica, and doesn’t specifically target tourists, regardless of the style of accommodations they choose. 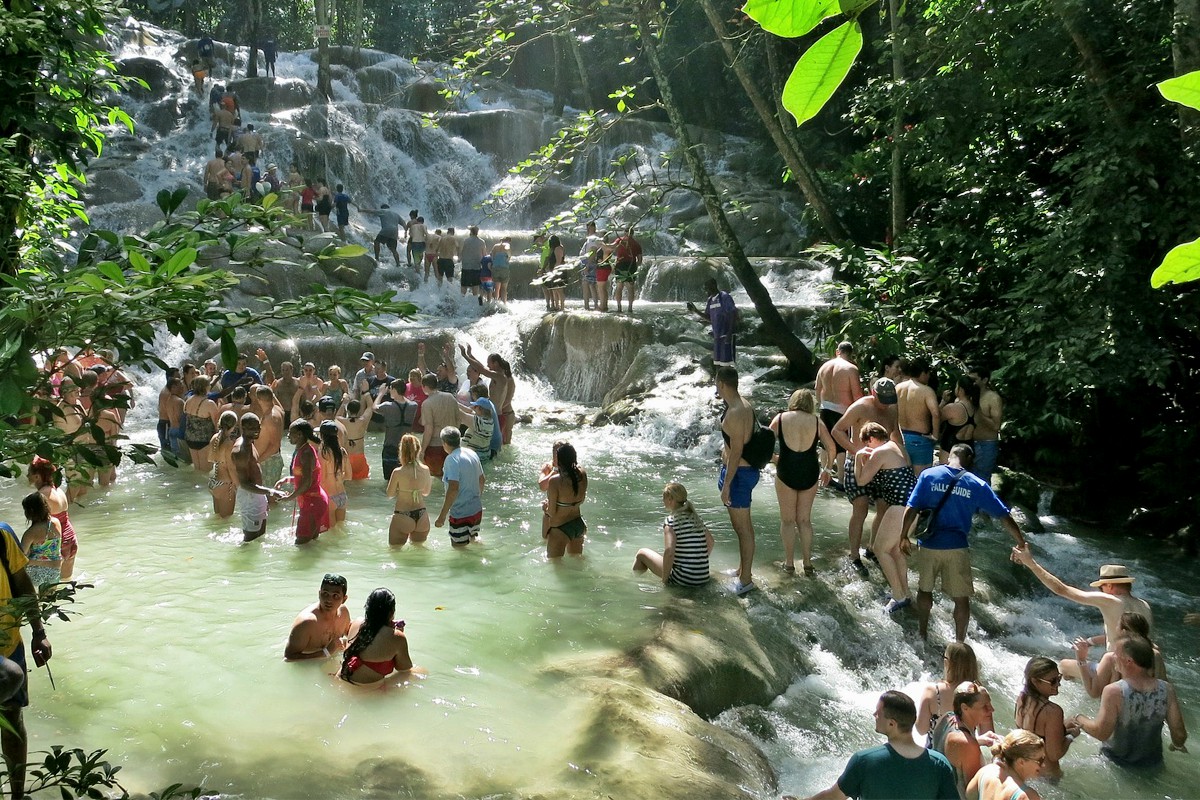 “This is not directed towards the vacation experience. This is us, cleaning up our own internal areas that we feel might be a little bit too active, or areas where we see a surge of violence in certain communities,” Bennett said. “The country is not in turmoil, but when we see activities outside of the norm, we have to protect our destination, because tourism and the livelihood of our people is so important to us, which is why we have to do these measures. The state of emergency has a life, and when it comes to an end, the government has the opportunity to extend it so that we can continue to work, or we can end it. We’re seeing really good results from this strategic and deliberate action from the government, but it absolutely does not affect the guest experience. Jamaica remains a safe destination for travel.”

And as for the random searches?

“A tour bus heading to the airport never gets stopped at a checkpoint, because that’s not the intent. Any destination that has a very high crime rate knows that [crime] deters people from visiting, so the government wants to address its internal areas that could pose a threat to its law-abiding citizens. It may even happen again that we extend the state of emergency; not because there is something new happening in Jamaica, but because it’s working. It’s working to ensure that all of the people of Jamaica remain safe in their homes and have a secure and seamless experience as law-abiding citizens,” Bennett concluded.