Celebrity Cruises will add a fifth Edge class vessel to its fleet.

The news was announced by Lisa Lutoff-Perlo, president and CEO, Celebrity Cruises, on Twitter.

The Edge series will grow to become a fifth -class ship for delivery in 2024. Thank you #CelebrityEdge for paving the way and transforming modern luxury cruising. #celebrityrevolutioncontinues pic.twitter.com/RL0rE6FZ3v

Celebrity's parent company, Royal Caribbean Cruises, has signed an agreement with the French shipyard Chantiers de l'Atlantique for this new vessel, which is scheduled for delivery in the fall of 2024.

With the arrival of the Celebrity Edge last December, the cruise line has a new generation of ships and aims to revolutionize the future of the cruise industry with innovations and state-of-the-art equipment.

These include new cabs creating a closer connection with the ocean: a simple click of a button, and the glass will slide. The design of these cabins will add 23 per cent more space in square feet and 10 per cent more for bathrooms than on Class Solstice ships.

But the most striking innovation of the Edge class is undoubtedly the Magic Carpet, which is the size of a tennis court, and will provide various experiences throughout the day. 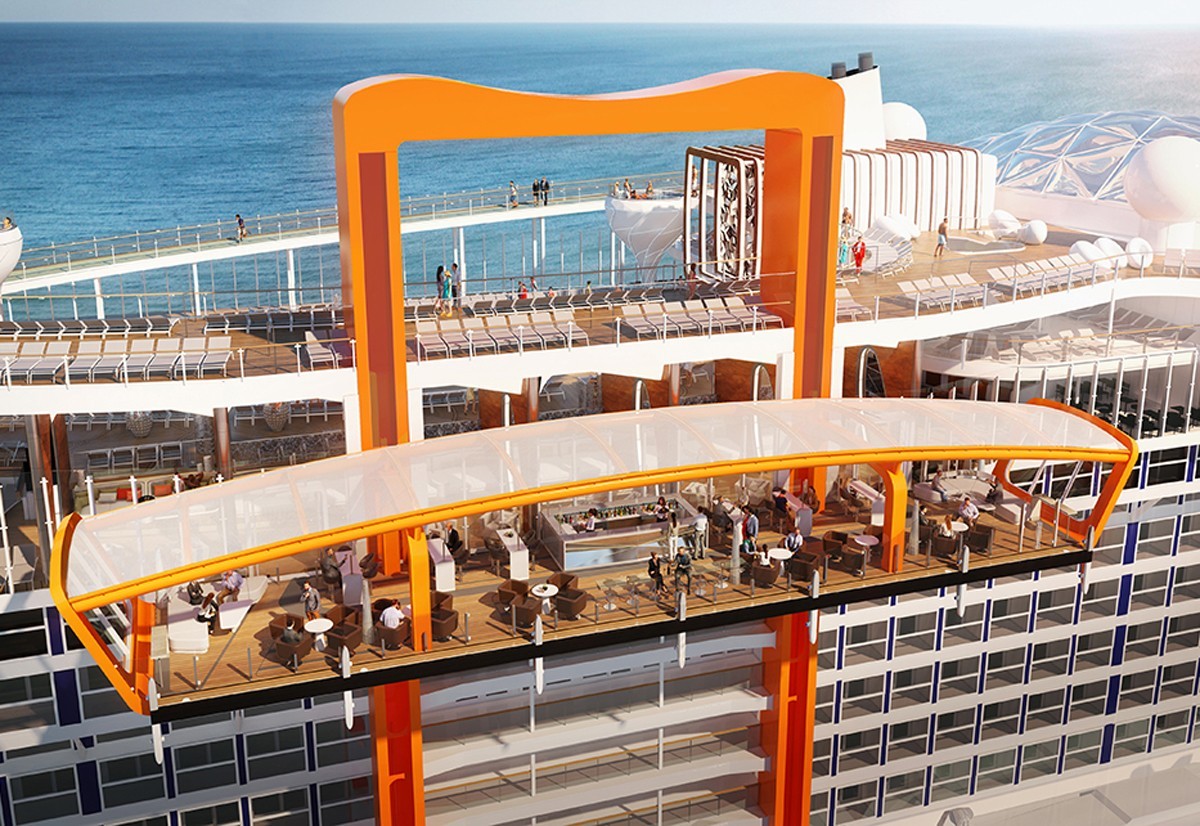 Three ships identical in all respects to the Celebrity Edge will be built by 2022, one per year.