In what felt like an episode of Lifestyles and the Rich and Famous, Celebrity Cruises Canada whisked 130 Canadian travel agents down to Florida last weekend (Apr. 12-14) as part of their third-annual Jet Set FAM.

The whirlwind trip gave agents a true taste of a Celebrity Cruises vacation – from the on-board experience of flying First Air (Celebrity’s charter partner) down to south Florida, to the thrills of touring two luxurious ships: Celebrity Equinox and, the company’s newest, Celebrity Edge.

“We want [agents] to see what our ships are all about. To touch it, feel it...That way they can sell what they experience,” Brenda Lynne Yeomans, strategic sales and market manager at Celebrity Cruises Canada, told PAX, which was invited to cover the experience.

Participants were from the Ontario and Quebec regions and were mostly handpicked by the Celebrity team, Yeomans said.

And while agents went in as graduates of Celebrity’s Five Star Academy – the company’s comprehensive training program – the FAM, for many, was an opportunity to see a Celebrity cruise ship (or any ship, for that matter) for the first time.

“Sometimes it’s hard for agents to cruise for seven days or even get on a ship,” Ken Brooks, director of sales and marketing at Celebrity Cruises Canada, told PAX. “This is an opportunity for agents to come on board and get a taste of it.”

Brooks said he was “very excited” about the calibre of agents involved – all of whom were given the opportunity to book three future cruises (with special on-board credits included) on both Equinox and Edge – an offer typically reserved for sailing passengers.

“That, to us, is really important,” Yeomans added. “It’s about relationship and trust and doing something special for your customers.”

Celebrity’s charter service, First Air, bookended the adventure, which began early Friday morning in Ottawa, ON. There, some 50-60 agents boarded and were flown to Hamilton, ON, where the remaining guest list joined. 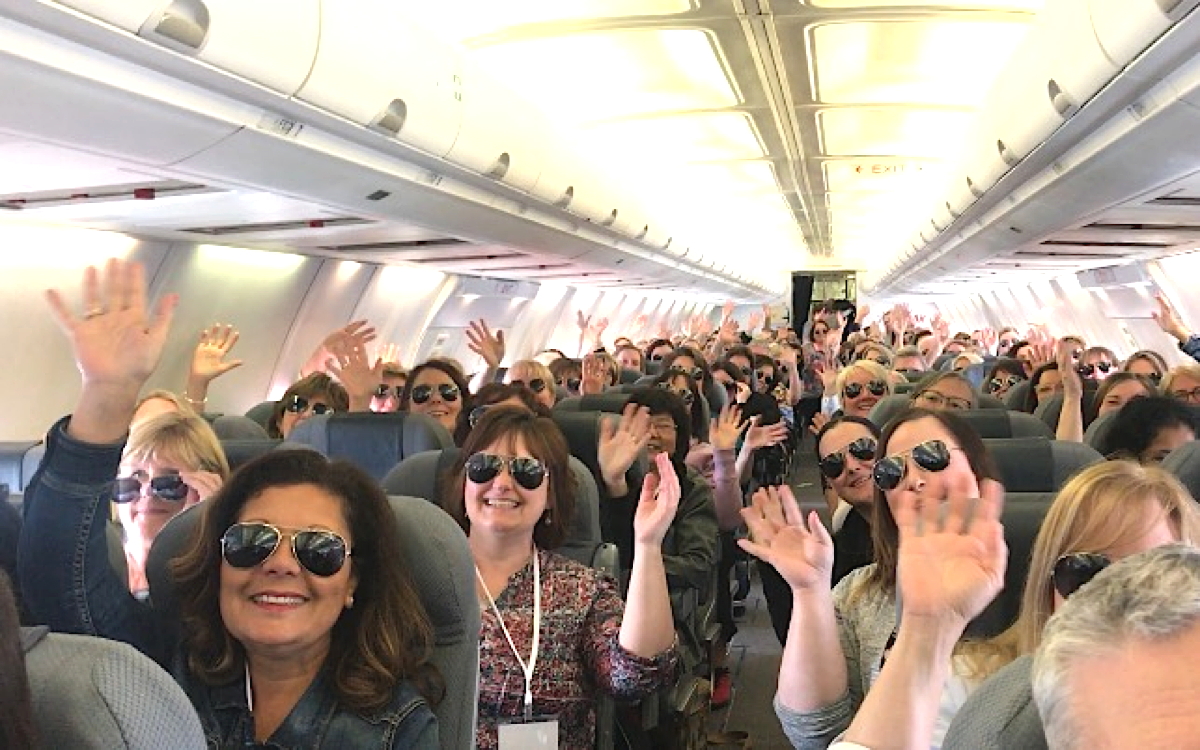 While flying en route to Florida, agents were treated to a hot towel, mimosas, a hot breakfast, coffee, tea and warm cookies – perks that come included in Celebrity’s charter service. 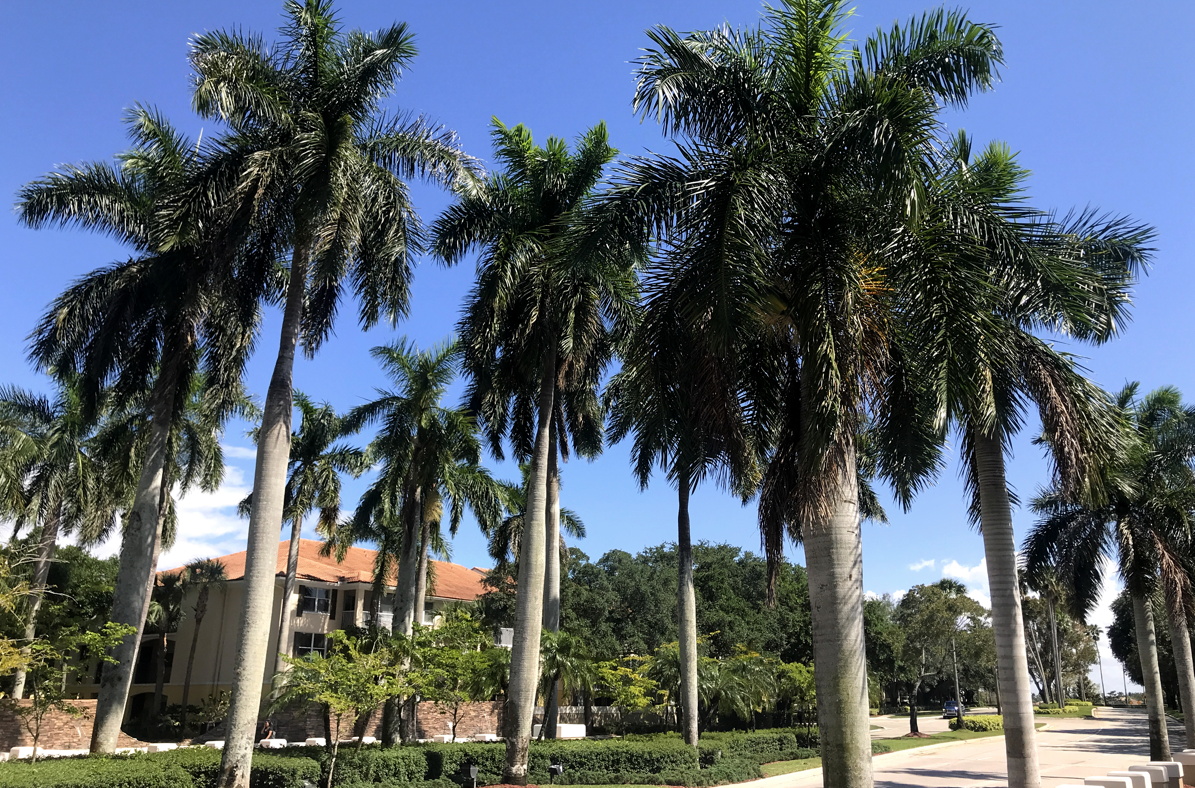 Fort Lauderdale is a destination for Canadian cruisers who, for example, fly to Florida a day or two early to experience the region’s 37 km of coastline, which includes eight beach towns.

“Even if you think you know Fort Lauderdale, you have to come back as we’re always adding new things,” Martinez said.

The excitement escalated Saturday as everyone split into groups and were bused to PortMiami to tour Celebrity Equinox, a Solstice-class ship that debuted in 2009.

“She’s 122,000 tonnes of fun,” Yeomans said of the luxury vessel, which can accommodate up to 2,850 passengers. “Her guest to crew ratio is 2-to-1, which means our guests are really spoiled on board.” 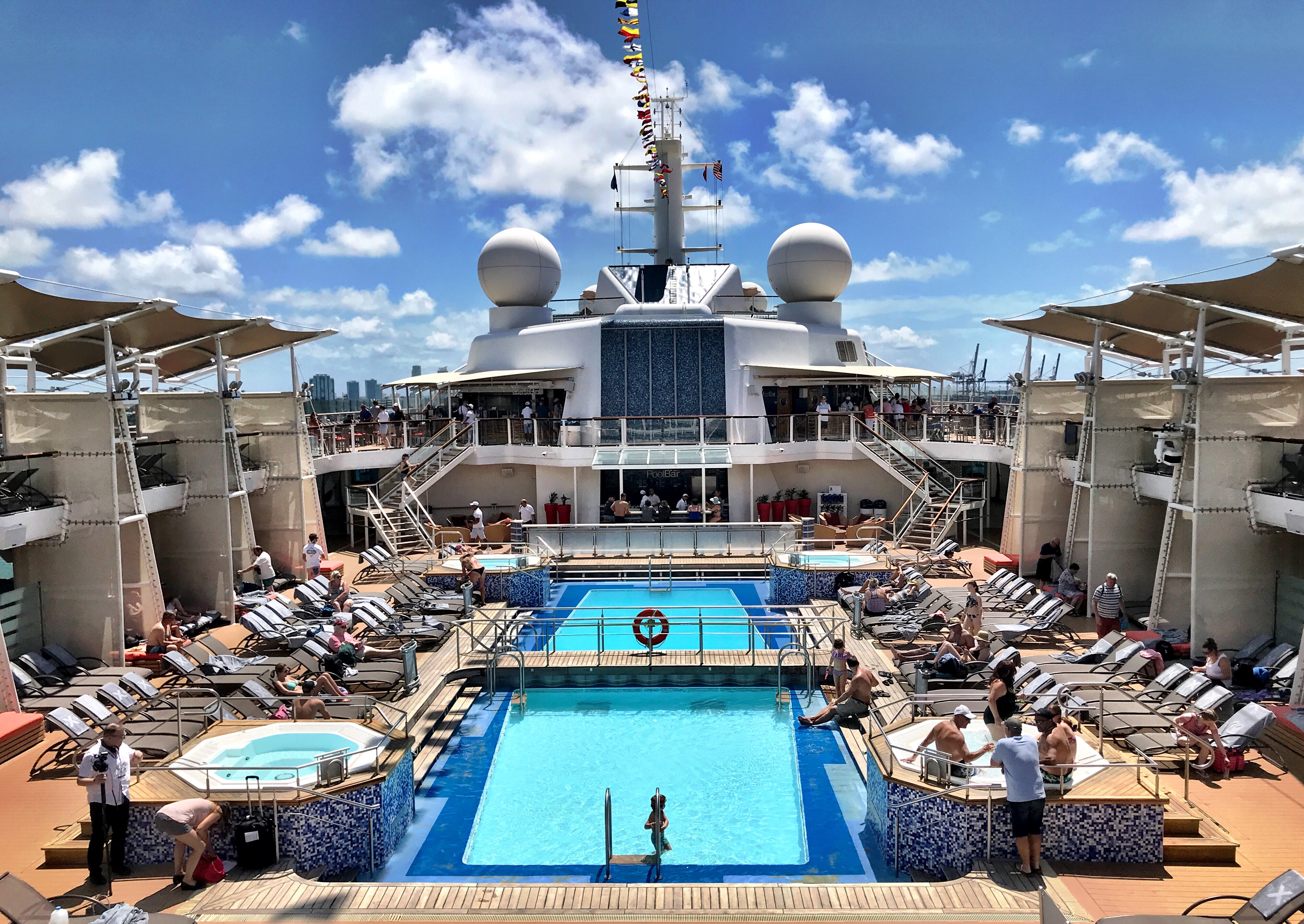 The award-winning ship beams with elegance, boasting amenities unique to the Celebrity brand, such as the top deck Lawn Club, which utilizes real (yes, real) grass specially made for the ship.

“I love the lawn club. Just being able to take off your shoes and walk on grass on a ship is amazing,” Crystal Kusik, a cruise and vacation consultant at Expedia CruiseShipCenters in Courtice, ON, told PAX during the tour.

Other features include the Martini Bar and Crush, an ice-topped bar that serves contemporary sippers that glow, as well as ten gush-worthy restaurants, including Tuscan Grille (Italian), Silk Harvest (Asian), Sushi on Five (Japanese), Blu (a chic dining room for AquaClass passengers) and luxurious Luminae (for Suite Class guests only). 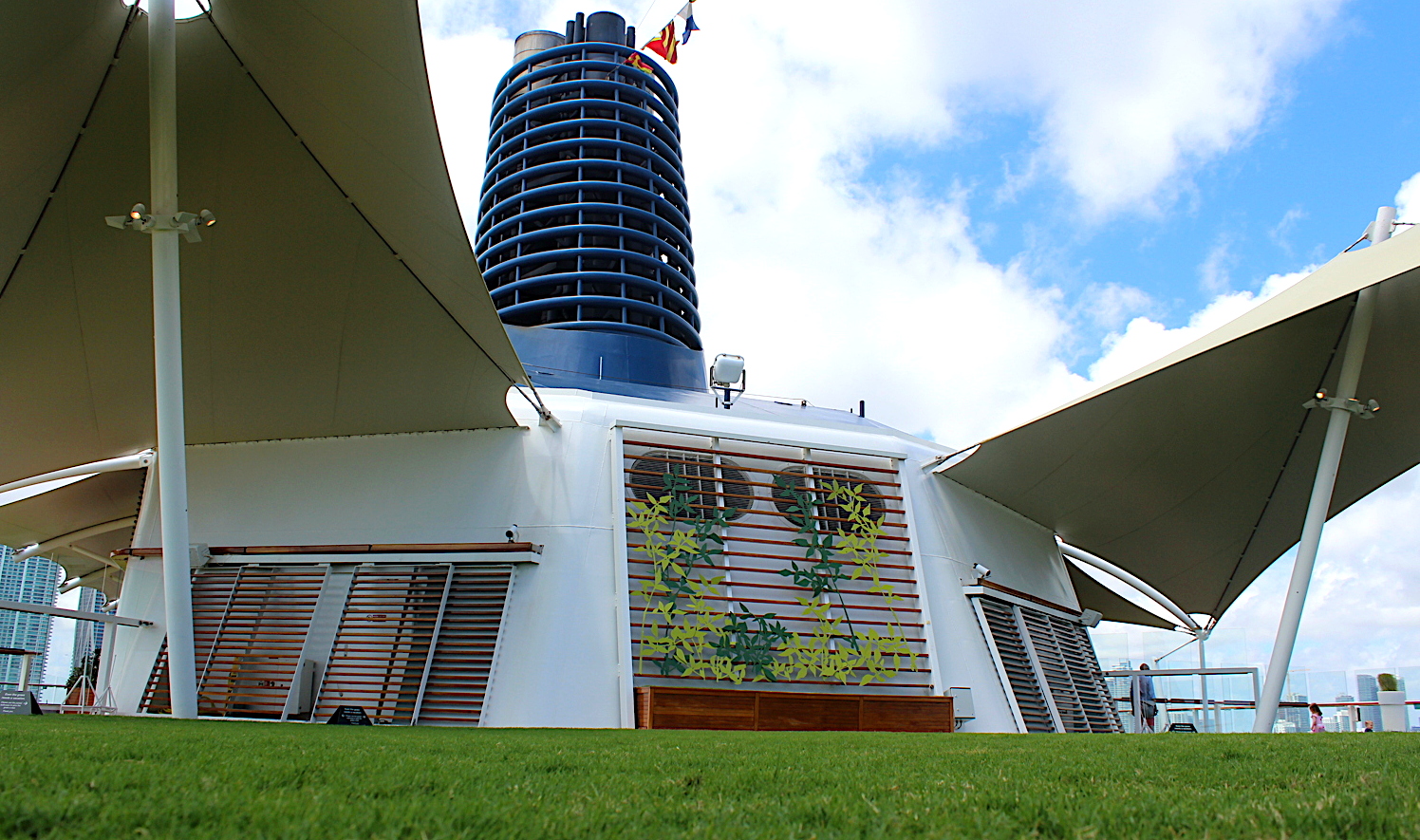 Agents had the opportunity to tour the ship’s range of accommodations, including the Penthouse, Royal, Celebrity and Sky suites and AquaClass staterooms.

“The Celebrity Equinox has a relaxed vibe but at the same time feels special,” said Julie Welsh, also of Expedia CruiseShipCenters. “It’s got that upper-class, classy feeling. Everything is clean, pulled together and beautiful.”

Celebrity Equinox will dry dock for renovations starting June 1st as it is next in line in the Celebrity Revolution, a $500 million fleet-wide project (inspired by Celebrity Edge) that will modernize its ships on all fronts, from technology to cuisine to design.

Life on the Edge

On Sunday, agents got to tour Edge, which, according to Barker, was “a big deal” because “not everyone has had an opportunity to see her yet” given that her first sailing was just last November. 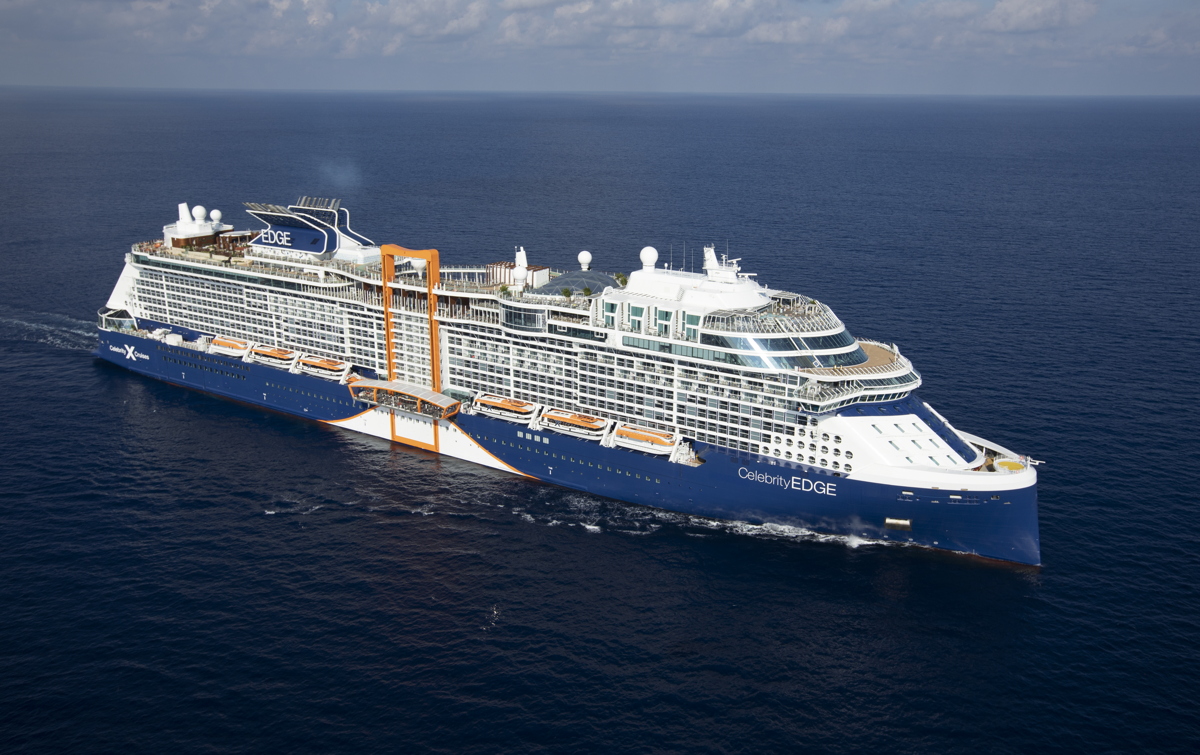 The Edge experience begins at Port Everglades at Terminal 25 (T25) – a new, $120 million U.S. dollar Celebrity-branded terminal that was specifically made for Edge.

Passengers who check-in using the Celebrity app are eligible for an expedited boarding process that uses facial recognition technology.

Edge features the world’s first “Magic Carpet,” a floating, tangerine-coloured platform that moves up and down the side of the ship. It’s not a ride, rather, a destination – transforming levels into different venue styles, from a boarding platform on Deck Two to restaurant, bar and live music venues further up. 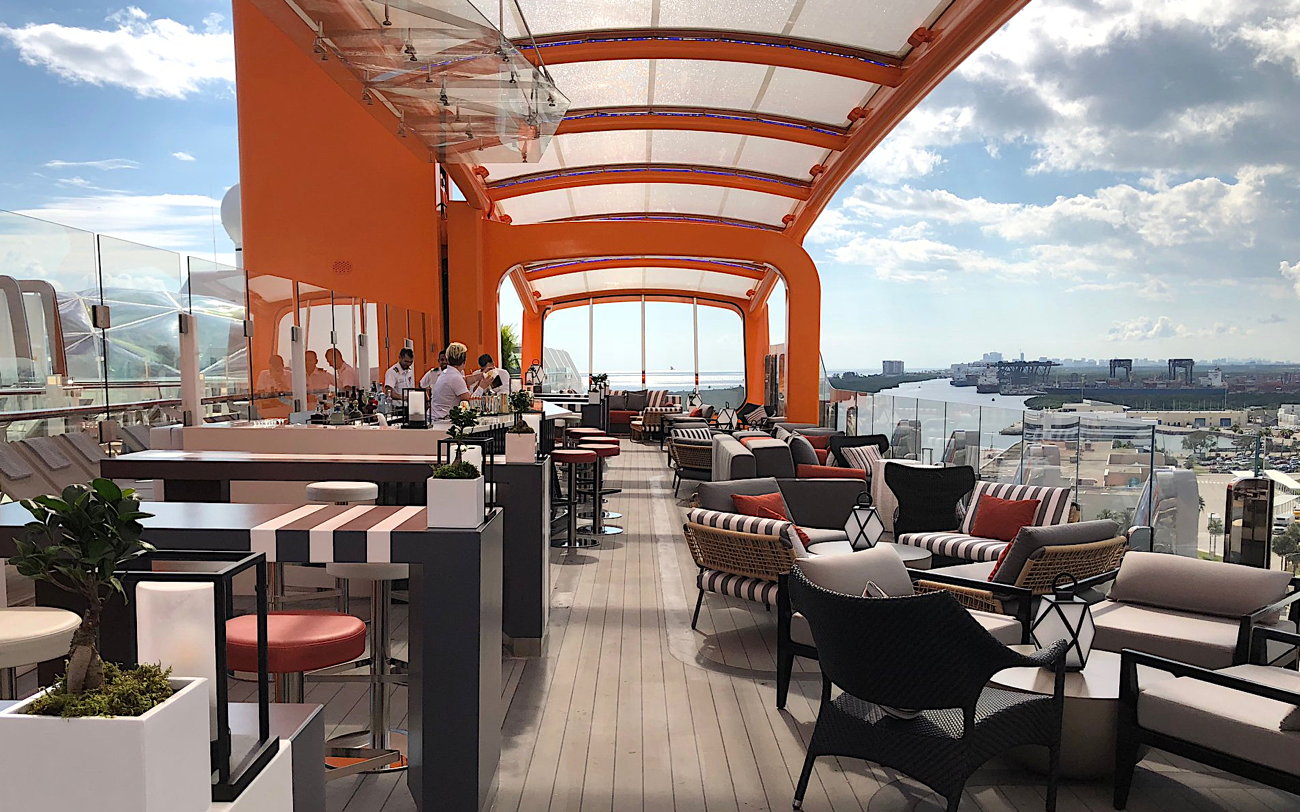 Other features on the 2,918-passenger, 1,004-foot-long vessel include martini glass-shaped hot tubs that measure two-storeys high, the futuristic Rooftop Garden, the Infinite Verandas - a new room feature with bi-fold doors that allows guests to blur the lines between inside and outside, and Eden, a garden-inspired, three-storey venue that includes an 18-foot-tall wall of plants. 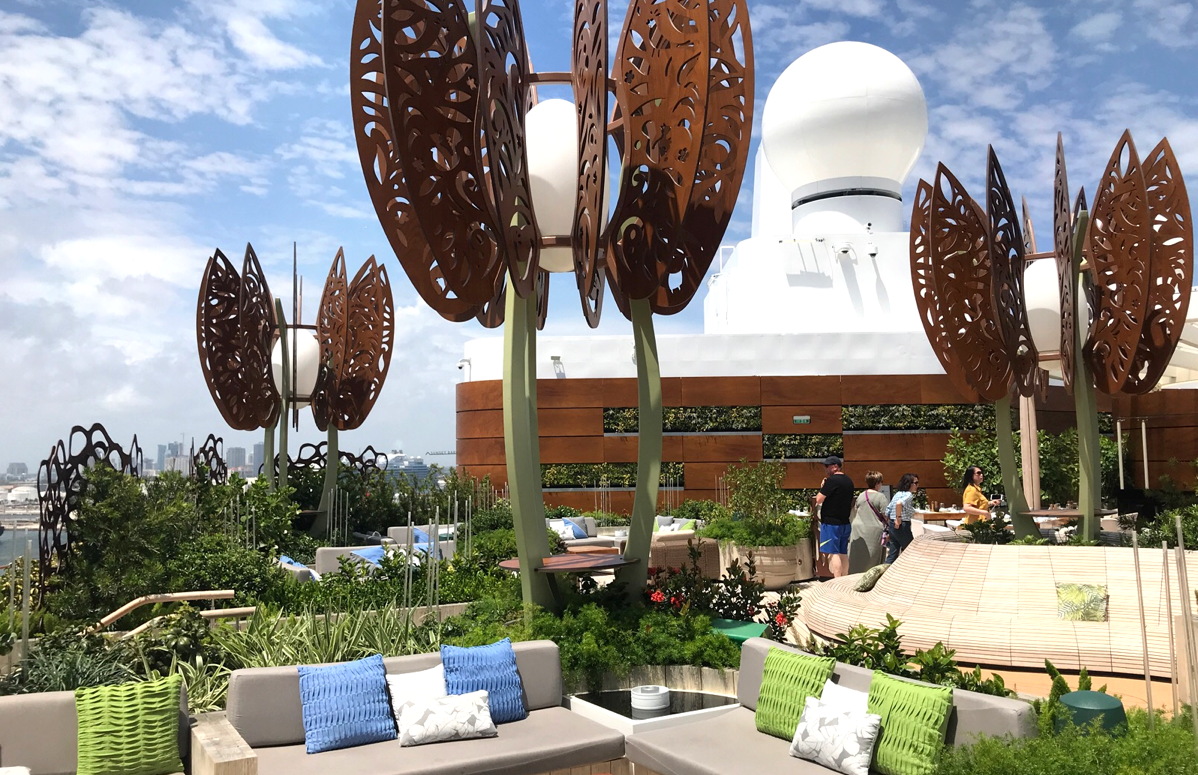 “I’ve never seen anything like this on a cruise ship,” Suzie Baril of Travel Essence with The Travel Agent Next Door, told PAX, as she toured Eden. “I love the ceiling, the feel, the music...there’s actors who interact with you. It’s all really cool.” 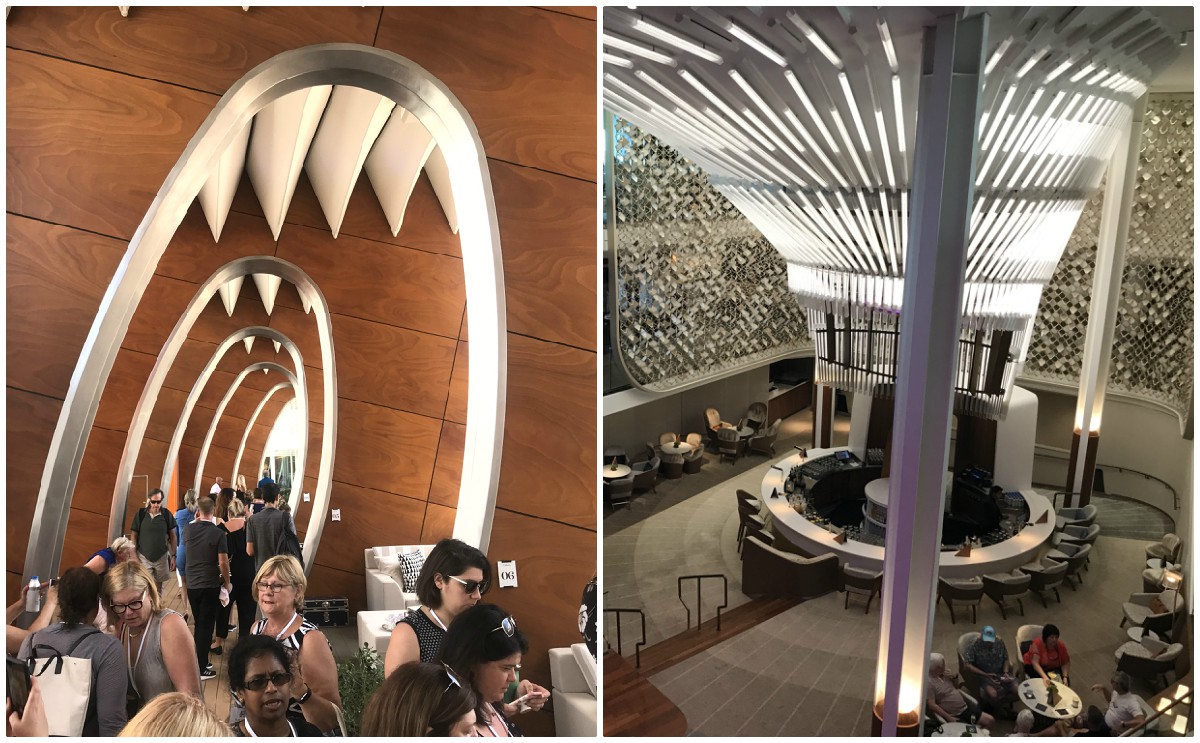 Passengers will immediately notice Edge's abundance of modern art and timeless coral white and chrome design in the rooms, which utilize cutting-edge technology that, for example, allows one to unlock their door or control their room temperature using the Celebrity app. 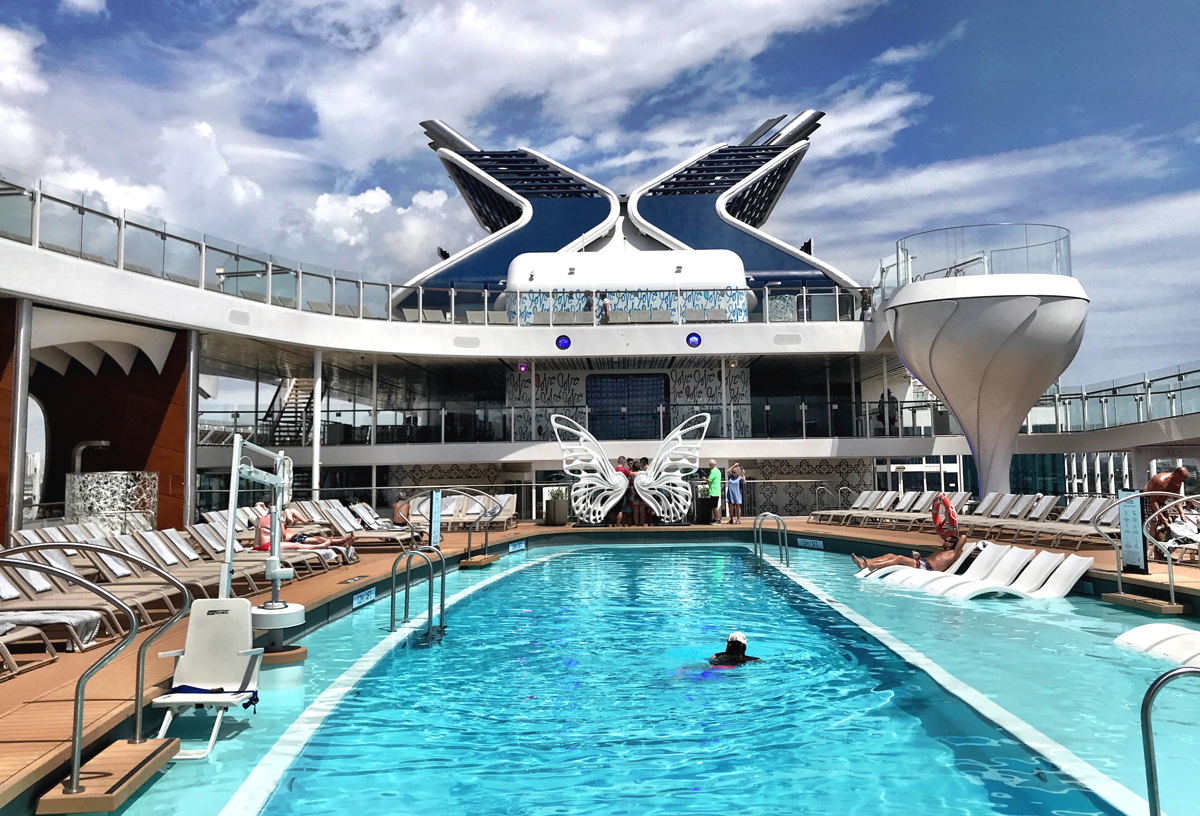 “The ship is state-of-the-art,” Shelley Langburt of Vision Travel said. “There’s no other ship like this at sea.”

“Edge is really changing the way everybody thinks about cruising,” Yeomans told PAX. “We’re attracting people who never wanted to cruise before.” 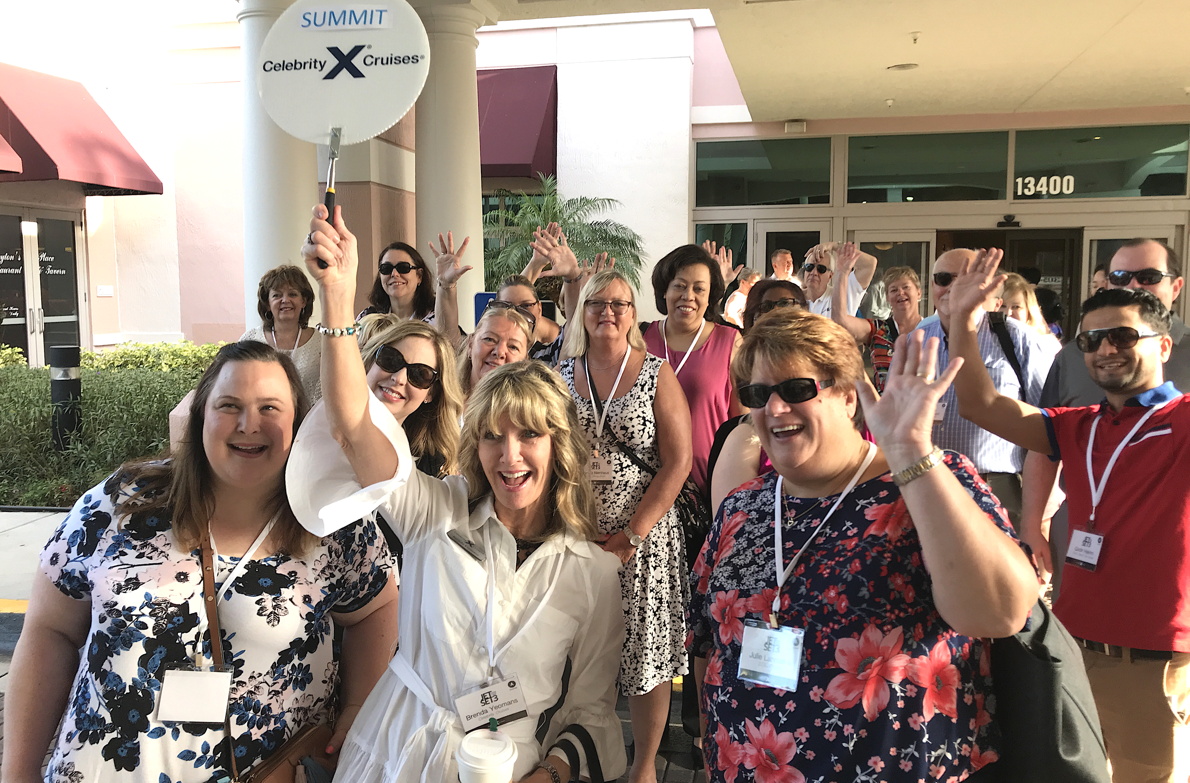 Will there be another Jet Set FAM down the road?

“I hope so!” Yeomans said. “We love these Jet Set FAM trips. This is a teaching experience for us to understand what our travel partners need out there. We love the camaraderie.”