New and rerouted cruise itineraries and a partnership with the travel agent community are among the highlights of Virgin Voyages inaugural year in 2020.

And at the helm of Virgin Voyages’ Scarlet Lady will be Vancouver Island's Captain Wendy Williams, the first Canadian woman to captain a ship for a major cruise line.

Virgin Voyages’ executive team, including Virgin Group Founder Sir Richard Branson and Virgin Voyages President & CEO Tom McAlpin, met with media in Toronto this week for an update on the new cruise line as it prepares for its inaugural season cruising the Caribbean. The Scarlet Lady, the first of four ships to be delivered between 2020 and 2023, will sail Caribbean itineraries starting in April, offering an exclusive adults-only experience on board.

“We love kids, but they can be unpredictable,” said McAlpin of the 18+ age restriction, adding that it was the top request amongst prospective cruisers surveyed by Virgin. “Even the moms and dads we spoke to told us they need a break.” 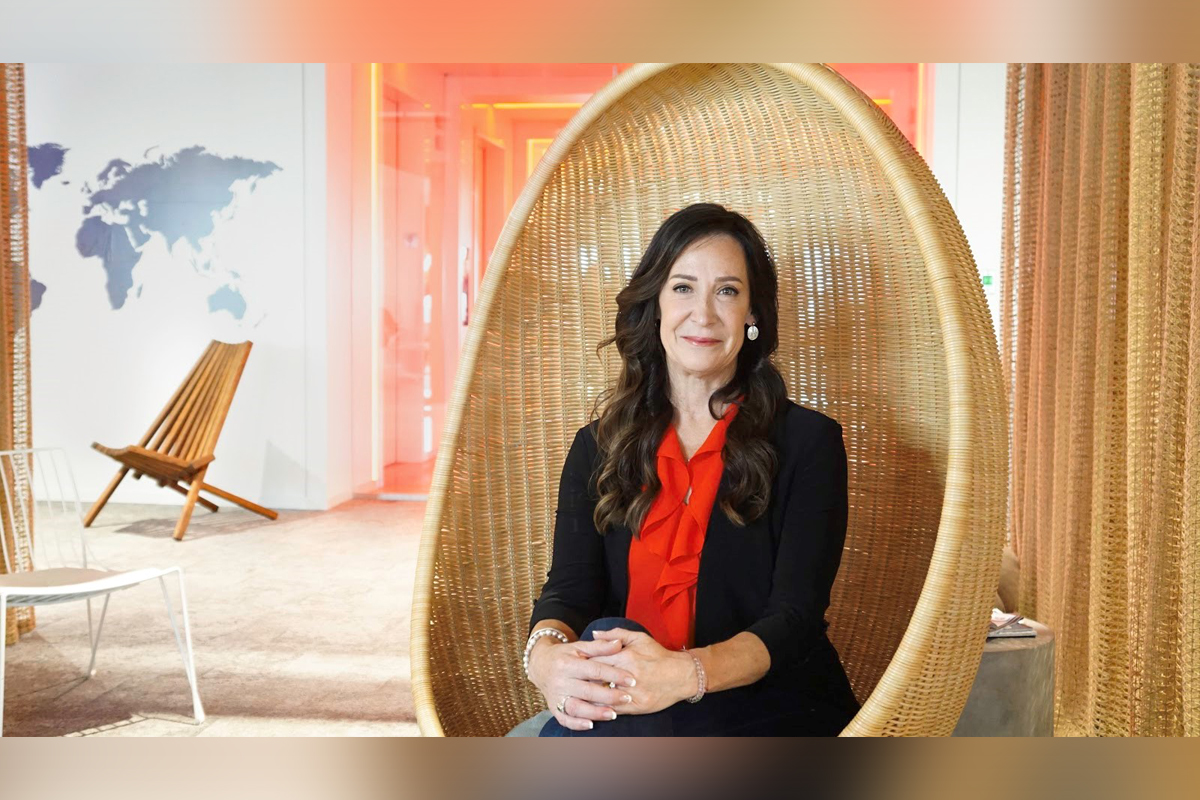 The press event also served as an introduction for Captain Wendy Williams, master of the Scarlet Lady and the first Canadian woman to captain a ship for a major cruise line. A resident of Vancouver Island, Williams brings 28 years of experience to the role, including 15 years at Royal Caribbean International.

With women representing only two per cent of cruise line captains worldwide, both Branson and Williams hope to highlight the issue of gender balance in the cruise industry through her appointment. In addition to Williams, Virgin has also hired 12 other female officers and has also launched its Scarlet Squad program, an initiative dedicated to bridging the gender gap in leadership roles across the maritime industry, where women represent less than three per cent of the workforce.

“Companies need to be proactive to address the imbalance; otherwise, the status quo will just continue,” said Branson.

Added Williams: “It starts with education and empowerment; gender doesn’t matter when you’re an officer. As long as you have the knowledge, you’re welcome to work on my bridge.”

Following last week’s news that the U.S. government would no longer permit residents to visit Cuba, the cruise industry scrambled to reschedule itineraries calling in the destination.

Describing the government’s move as “disappointing,” McAlpin said that while he believes it will only be a temporary change, Virgin has responded by changing up several of its itineraries. For 2020, new itineraries will include five-night Riviera Maya sailings to Cozumel/Playa Del Carmen, Mexico and four-night Fire and Sunset Soirées sailings, including a sunset departure from Key West and a midnight departure from Bimini. All voyages will feature a stop in Bimini, Bahamas, home to The Beach Club, a private club for Virgin Voyages Sailors while Scarlet Lady is on the island.

In addition, Virgin Voyages has also developed special seven-night sailings for the 2020 holiday season; these include the all-new Holidaze and Nights and New Year’s Ahoy voyages, which fall over the Christmas and New Year’s holidays respectively, and feature stops in Puerto Plata, Dominican Republic and late-night sail aways in both Bimini, Bahamas and San Juan, Puerto Rico.

While Virgin will focus on the Caribbean for its inaugural season, Branson said that the line is eyeing Mediterranean cruises with the arrival of its second ship in 2021. 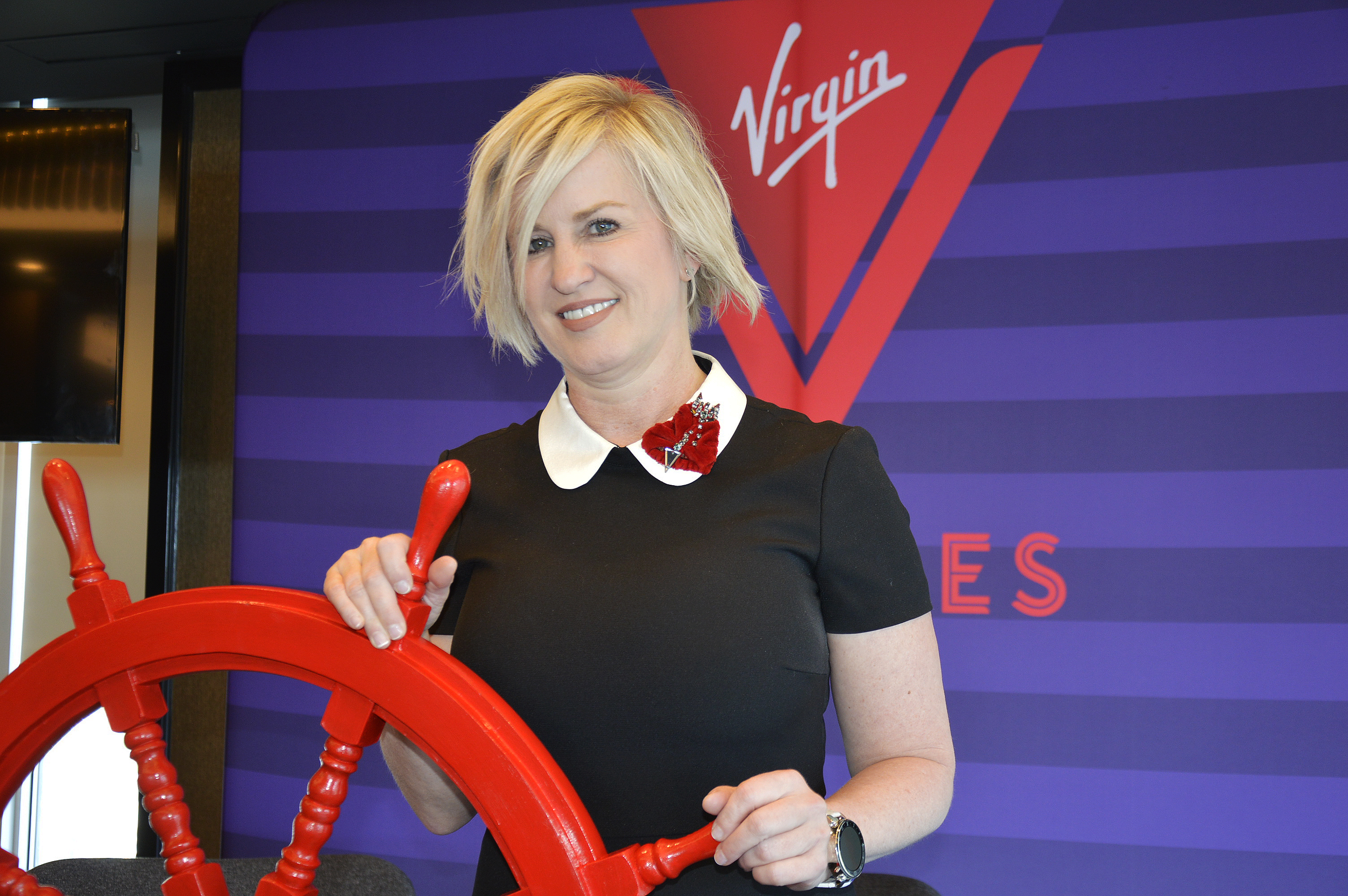 McAlpin said that travel agents – affectionately known to Virgin Voyages as ‘First Mates’ – are a key sales channel for the cruise line.

To that end, the line has launched two websites this past year to help agents book and sell itineraries with Virgin – FirstMates.com and the First Mates SeaCiety Facebook group, a community for education and communication.

Agents are paid a 10 per cent commission on everything they sell, McAlpin said, adding that it was important for Virgin Voyages to pay a fair commission after surveying agents, who said that non-commissionable fares (NCF) “were the biggest pain point” in regards to cruise bookings.

“We’ve come up with a slogan – it’s ‘NCF? NFW,’” he joked, regarding the cruise line’s stance on the practice.

“We want to be in a place wherever and however people want to book and to be able to service them exceptionally well,” Shaw said. “But we are a new brand – people tend to forget that because we’re Virgin! – and while people know and love the brand, Virgin Voyages is brand new. We need a lot of brand awareness and we’re relying on our travel partners to help us out with that. They’re excellent salespeople and very knowledgeable of this industry.”