“The first thing that will blow our guests away are the rooms,” says Celebrity Cruises’ President and CEO Lisa Lutoff-Perlo. “The rooms have been completely re-done, taken down to steel and rebuilt.”

Ask Lutoff-Perlo about the newly-renovated Celebrity Summit and her eyes will light up like rockets.

Design, one of Celebrity’s pillars for attracting new guests, is at the forefront of a $500 million dollar renovation project currently underway that will result in the re-imagining of nine Celebrity ships from now through to 2021.

The Celebrity Revolution (the project’s official name) was born out of last year’s introduction of the Celebrity Edge, a new class of ship that elevated Celebrity's brand to the edge, so to speak, with ultra-chic staterooms, trendsetting public spaces and game-changing amenities never before seen at sea. 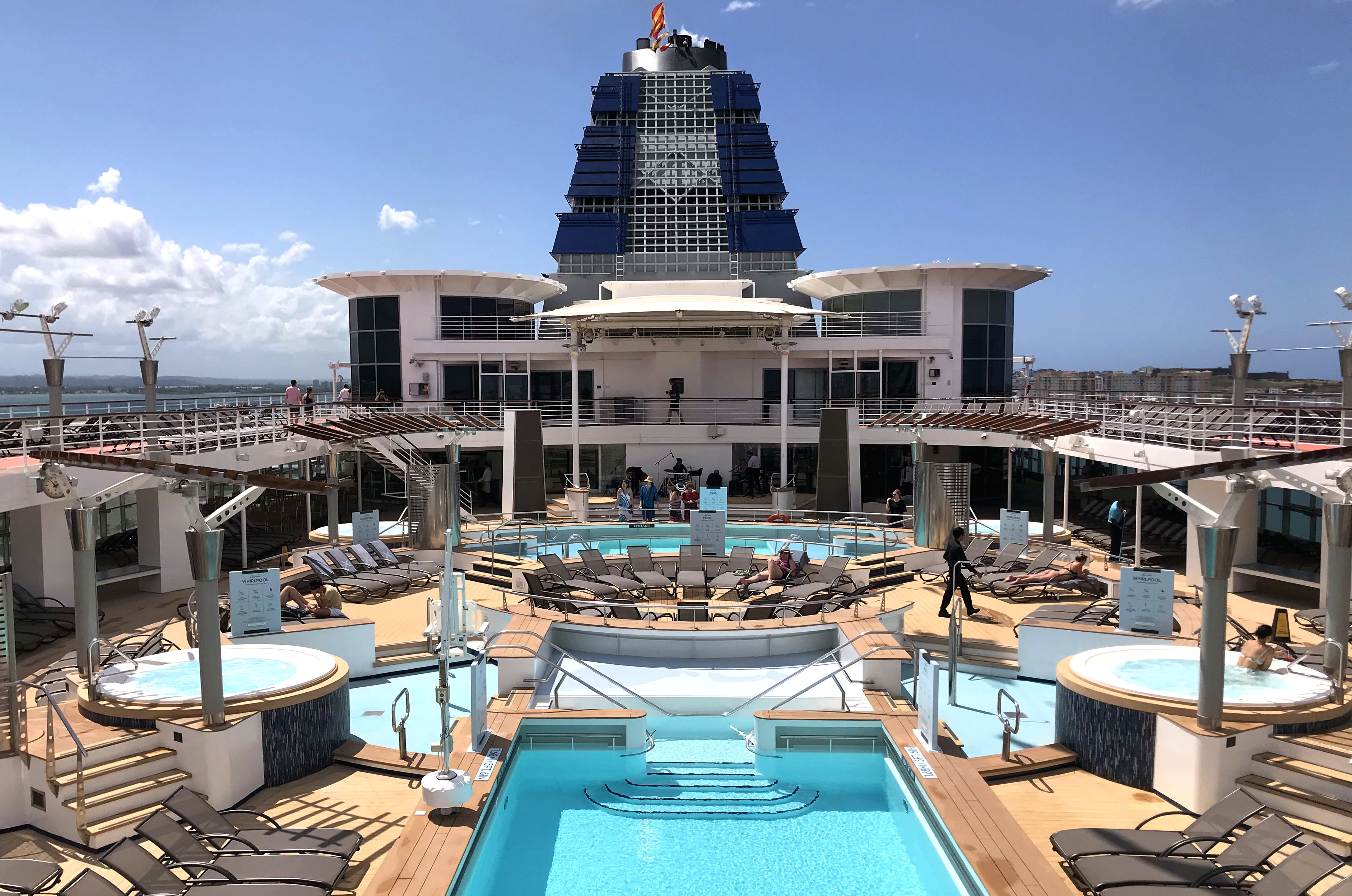 Releasing Edge marked a new chapter for Celebrity, so the cruise company decided to keep the momentum going by updating the rest of their fleet, starting with Celebrity Millennium and, most recently, the Celebrity Summit, which PAX had an opportunity to see this past weekend on a two-day sailing out of San Juan, Puerto Rico.

Our take, in a nutshell: the rooms, restaurants and public spaces on Celebrity Summit, now, feel brand new, breathing new life into a ship that is, in actuality, 18-years-old.

“Celebrity Edge was very revolutionary, not only for our brand, but in the industry,” Lutoff-Perlo told PAX in a one-on-one interview on board Summit.

“We took an opportunity to look at the rest of our fleet and ensure the look and feel of the ships would be consistent and similar, regardless of the ship that you sailed on,” she said. 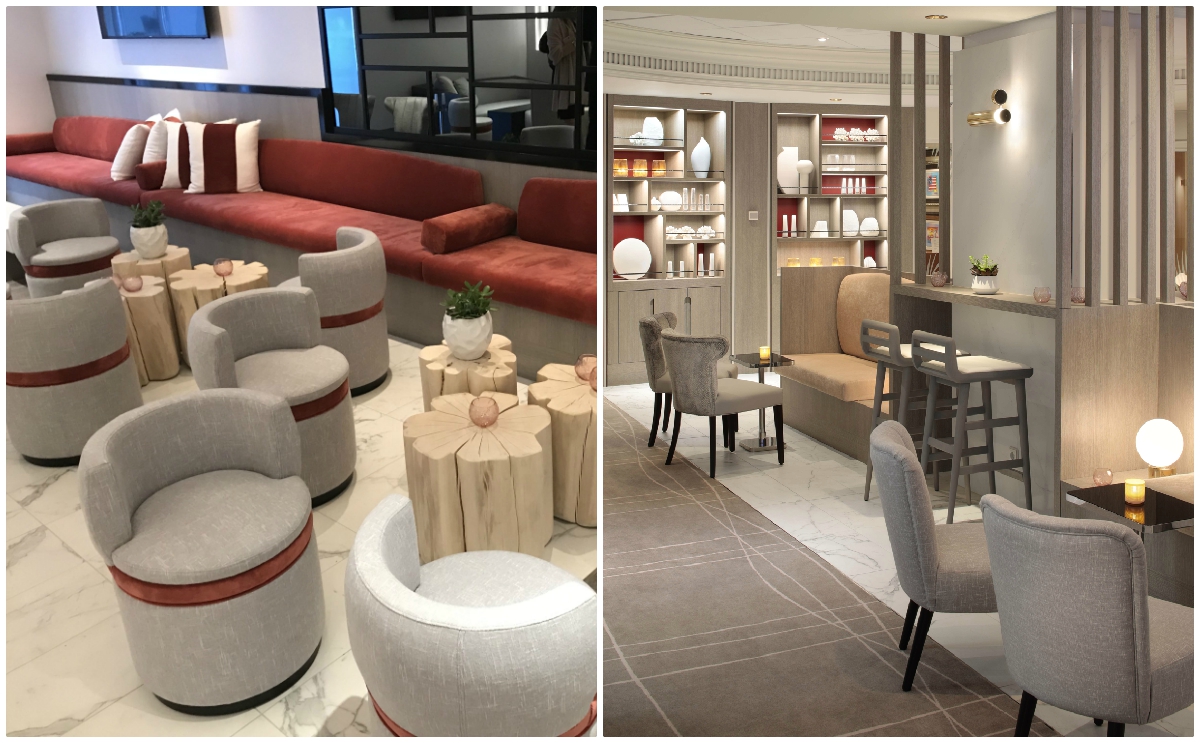 “It’s a complete transformation,” Lutoff-Perlo said, referencing the bright-and-airy space, which was conceptualized by British celebrity designer (and frequent Celebrity collaborator) Kelly Hoppen, whose team also worked on many of the wow-worthy designs seen on Edge.

Hoppen’s “timeless” influence is seen throughout the re-imagined Summit – clean lines, modern shapes, artful furnishings, shades of coral, grey and chrome with bursts of colour being the primary aesthetic.

It’s a dynamic (and dramatic) departure from Summit’s previous look, which, as some guests may recall, utilized a lot of hardwood and swirling purples.

“Our guests are going to realize the Celebrity Summit is still the same wonderful ship they know, but it’s completely modernized and beautiful,” Lutoff-Perlo told PAX. 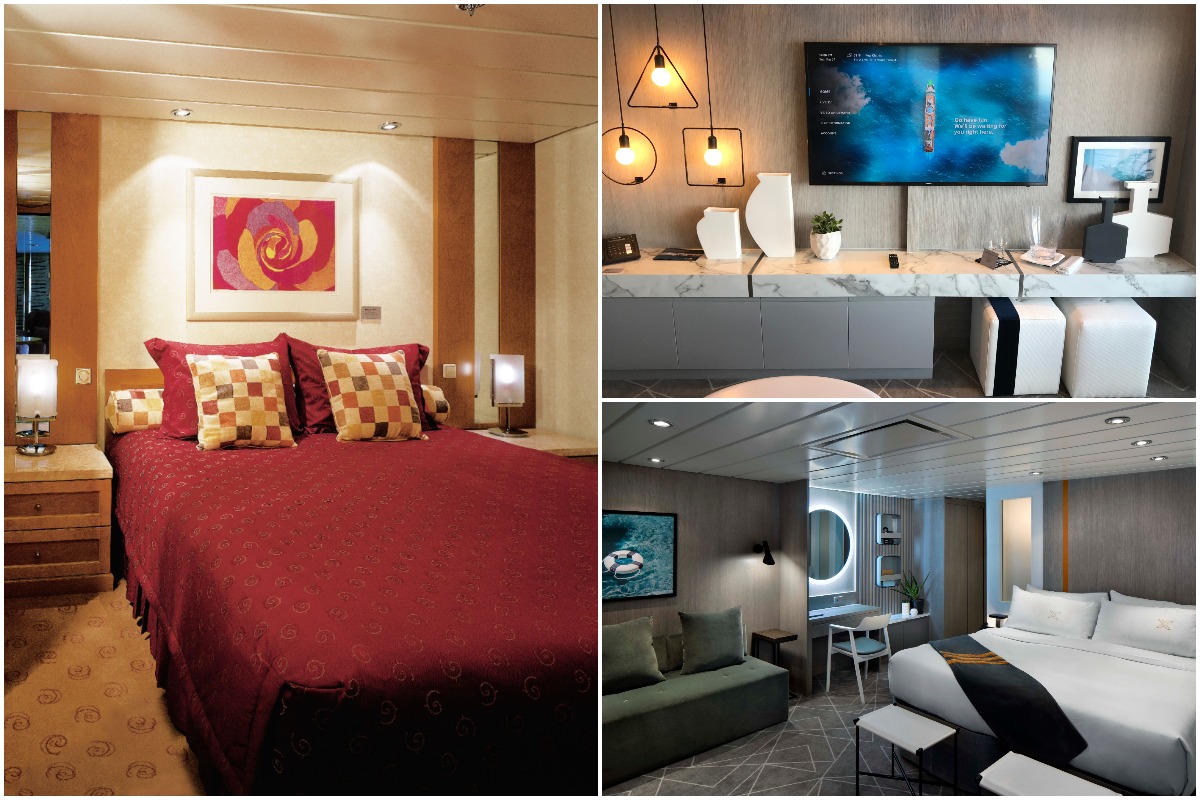 There’s practical upgrades at play, too, in all the rooms on Summit: USB ports and the location of outlets have changed, storage cabinets were re-designed and serve more function, the TVs are new and the bathroom lights are nicer.

Summit’s new beds utilize Celebrity’s eXhale bedding with Cashmere mattresses, which, by the way, induce the soundest sleep ever (and if they don’t, there’s something seriously wrong with you).

“You always want to make sure you’re on the leading edge of design,” Lutoff-Perlo said, calling Celebrity’s attention to design “a brand focus more than an industry focus.”

Taking design to the next level

The ship’s bow-to-stern transformation began on February, 17, 2018, in Freeport, Grand Bahama, and spent a total of 31 days in the hands of thousands of workers, who also enhanced the ship’s technology (Wi-Fi, for one) and fuel-efficiency.

“The revolution is taking Celebrity to the next level,” Maxine Gundermann, Celebrity Cruises' market sales manager for Eastern Ontario, told PAX.  “It’s our commitment to atmosphere and the unique spaces on board.” 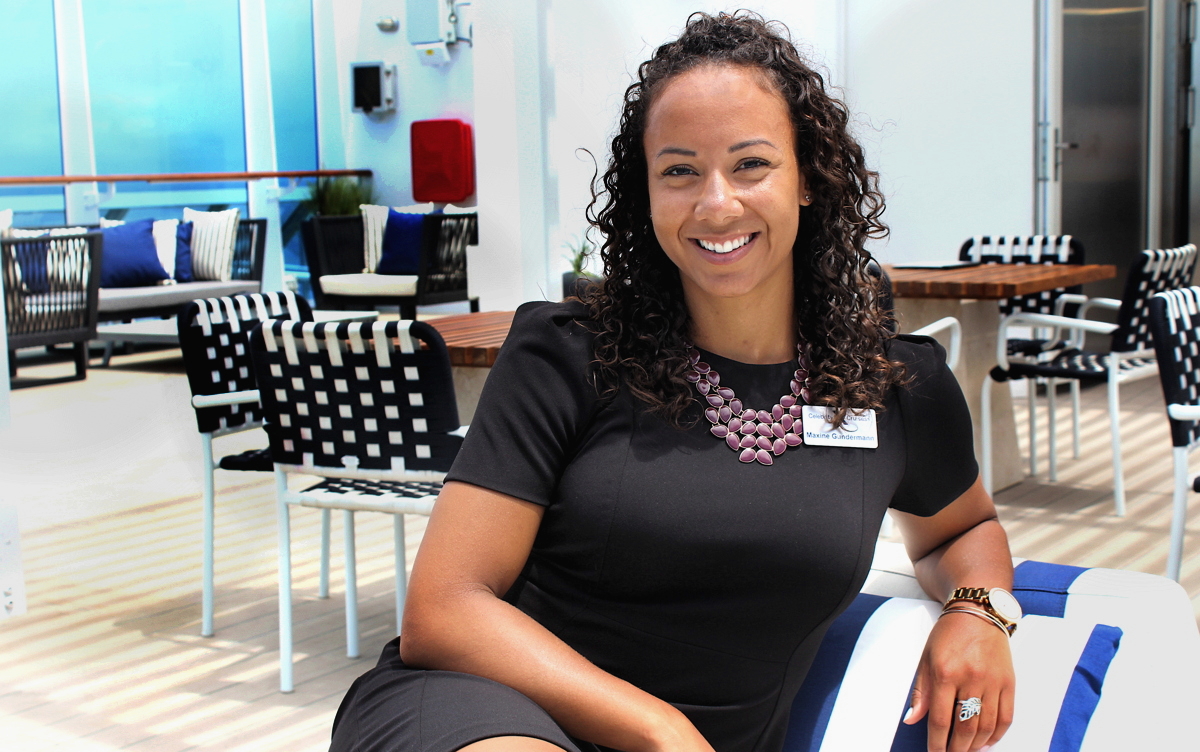 Some of those unique spaces on Summit include the new Retreat Sundeck, another Hoppen signature, an open-deck area for suite guests that includes a new hot tub, cabanas, loungers, artwork and showers that may, for a moment, make you feel like you’re rinsing off within the confines of a luxury hotel or condo.

“We look at our fleet of ships like boutique hotels that cruise around the world,” said Lutoff-Perlo. 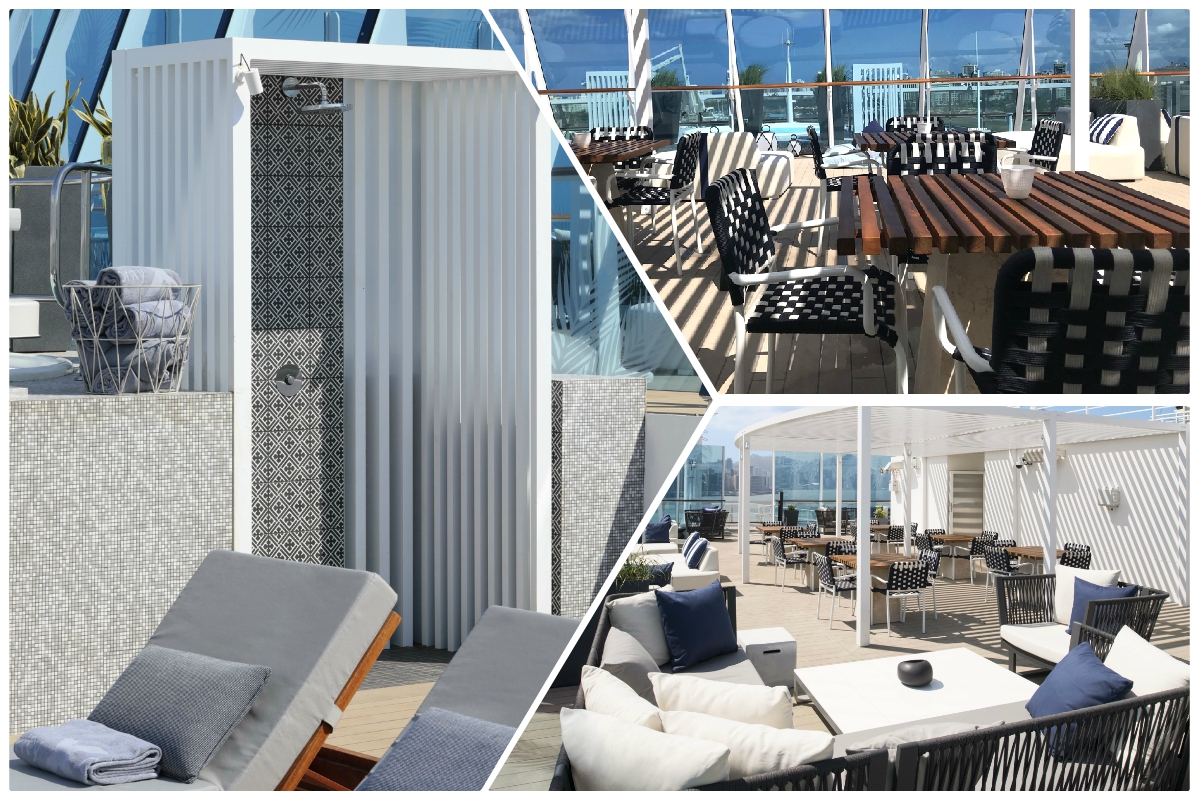 The casino got a makeover and the spa, a Canyon Ranch partnership, was completely rebuilt, enhancing amenities such as the Persian Garden thermal suite where gush-worthy experiences, such as Turkish baths, infrared saunas, and salt therapy, unfold.

The new Summit mirrors some designs seen on Edge, but the Celebrity Revolution isn’t solely about promoting a new class of ship, Lutoff-Perlo said.

“While Edge lifts our fleet, it isn’t the only amazing ship in our fleet,” Lutoff-Perlo told reporters at a press conference, calling the decisions made on Summit “very purposeful.” 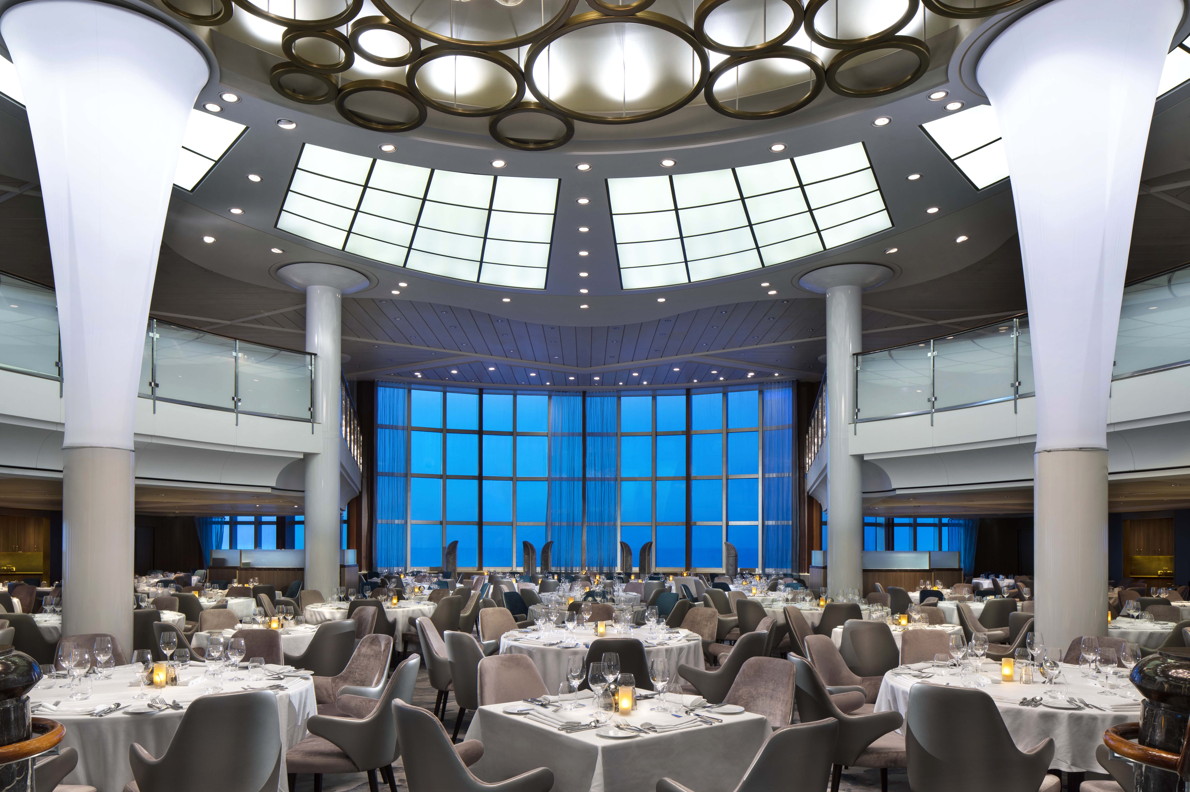 Summit, for example, will debut new experiences, her being the first Celebrity ship to debut shows by the American Ballet Theatre and cuisine by French Chef Daniel Boulud at the luxurious Luminae restaurant.

“It’s pretty special for all of us,” Lutoff-Perlo told PAX on the revolution at large, noting that she expects to get at least another 10 years out of the upgrades, as far as extending the life of a ship goes.

But nothing beats seeing the team get excited.

“The thing that’s most special, for me, is when I walk around the ship and see how the crew is reacting,” Lutoff-Perlo said. “...How proud they are of their new ship and how beautiful it is...They see the guests’ reactions. That, for me, is the most thrilling."

Celebrity Summit is the second redesign for Celebrity Cruises with Celebrity Equinox scheduled to enter dry-dock in May 2019. Six more ships will be modernized by 2023.

Wanna see more of the re-designed Celebrity Summit? Scroll through the gallery below!