The force – and the hype – is strong with Disneyland’s new Star Wars: Galaxy’s Edge attraction – so much, in fact, that admissions will be limited during its first three weeks of operation.

However, there’s good news for visitors who booked a stay at one of the three Disneyland Resort hotels hoping to be among the first to experience that galaxy far, far away, as each booking will be eligible for a reservation to enter the new land, a park expansion described as “unprecedented” by Disney’s Claire Bilby, senior vice-president of sales, services & events.

News on the incoming Star Wars attractions at Disneyland and Walt Disney World was among the many updates shared by Disney at its Discover The Magic event last night, which provided Toronto-area travel agents with updates on several Disney attractions.

Bilby also updated attendees on trade initiatives undertaken by Disney based on agent feedback, including requests for faster online updates regarding product updates.

“You have a friend in us,” said Bilby, paraphrasing the famous line from Toy Story. 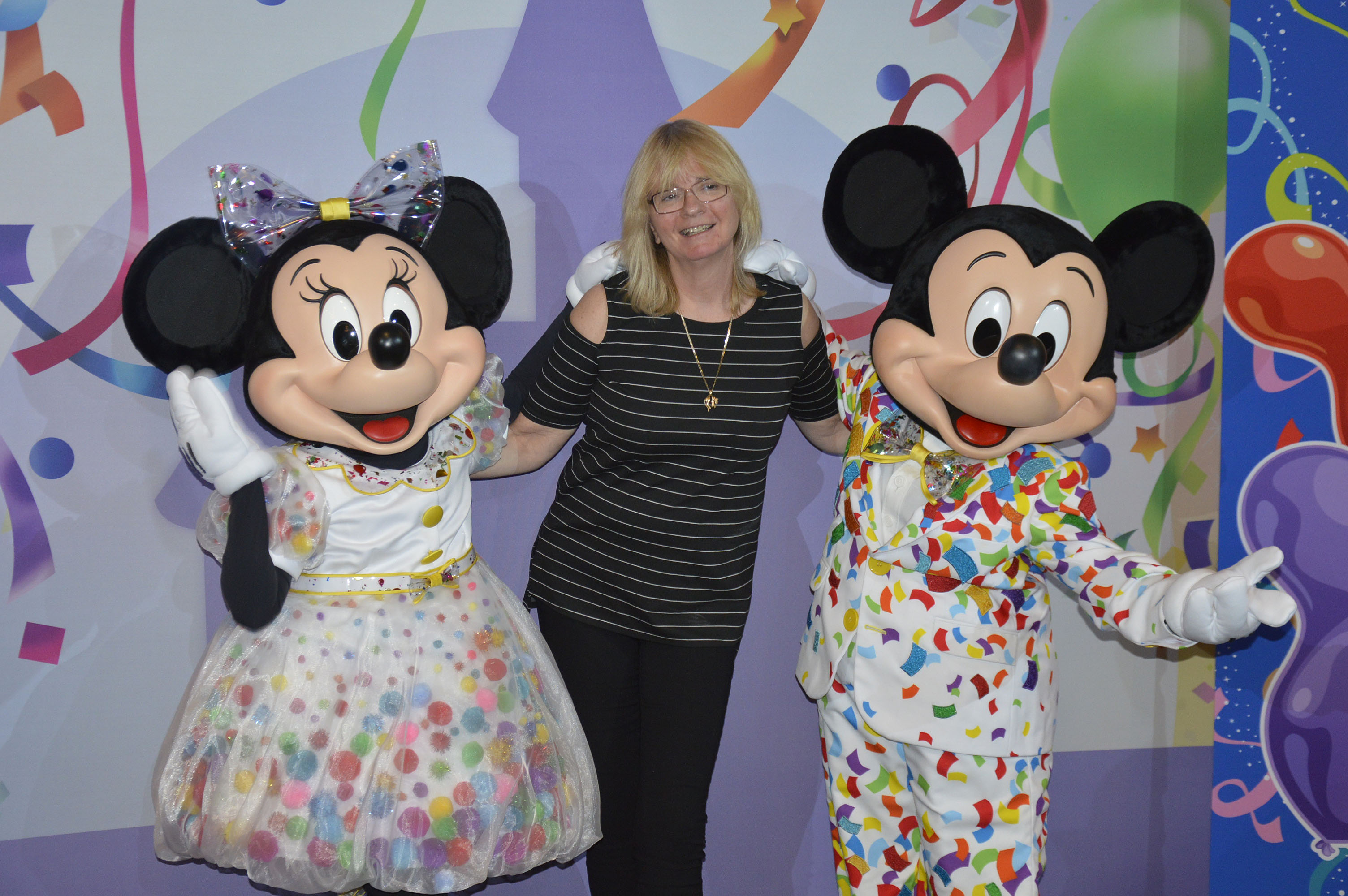 The presentation focused on updates for several Disney products in 2020:

The ‘star’ of the evening, Star Wars: Galaxy’s Edge will open at Disneyland on May 31 and Walt Disney World Resort on Aug. 29, immersing fans fully in the world of the films, with authentic landscapes, costumes and props. Visitors will find themselves playing out their own Star Wars adventure with an interactive mobile app; the experience changes based on visitors’ interactions with the various characters, providing guests with an individualized Star Wars experience.

Phase one of the new lands will open with the Millennium Falcon: Smuggler’s Run (where guests can take control of ‘the fastest hunk of junk in the galaxy’ for their own adventure) while phase two opening later this year will see the addition of Rise of the Resistance, where guests live out their own Resistance spy mission infiltrating the First Order.

Due to demand, entrance to Galaxy’s Edge at Disneyland will be limited during its first three weeks (see above); the reservation process for the opening at Walt Disney World is still being determined, although the attraction will be available as part of the park’s Extra Magic Hours, available to guests booked at WDW hotels.

“It’s true – everyone won’t be able to get in immediately. But the great thing about a new attraction is that it will still be here after the opening,” Bilby said of Galaxy’s Edge opening at Disneyland, adding that the January-March 2020 shoulder season sees fewer crowds at the park.

In summer 2020, Disney Cruise Line will return to Greece aboard the Disney Magic, with two of the sailings including a new port of call in Messina, Italy.

In addition, Disney Wonder will return to Alaska, while Disney Fantasy and Disney Dream will embark on a variety of itineraries to the Caribbean and Bahamas, with stops at Disney’s private island, Castaway Cay, included on some Caribbean cruises.

The popular Marvel and Star Wars Days at Sea will also return in 2020, bringing the two popular franchises to life aboard Disney ships on select sailings.

Adventures by Disney experiences will now be available on select Disney Cruise Line sailings in Alaska, Europe and the Caribbean for 2020.

Knowledgeable Adventure Guides will provide dedicated service both onboard and in port, as they lead guests on specially curated excursions, interactive activities and off-the-beaten-path adventures.

Onboard the ship, guests enjoy unique experiences and premium amenities exclusive to Adventures by Disney, such as an intimate talk-back session with Walt Disney Theatre cast members followed by a behind-the-scenes costume and prop activity.

Walt Disney World visitors will get the chance to see the park in a new way when the Disney SkyLiners gondola system takes to the sky. Stations will be established at several WDW hotels, including Disney’s Rivieria Resort (a new hotel opening Dec. 16), Art of Animation, Pop Century and Caribbean Beach.

The new NBA Experience, opening Aug. 12, will give guests the chance to hit the hardwood and live out their basketball dreams in Disney Springs. Bookings of this new attraction will be commissionable by agents.

More information is available at  https://www.disneytravelagents.ca/. 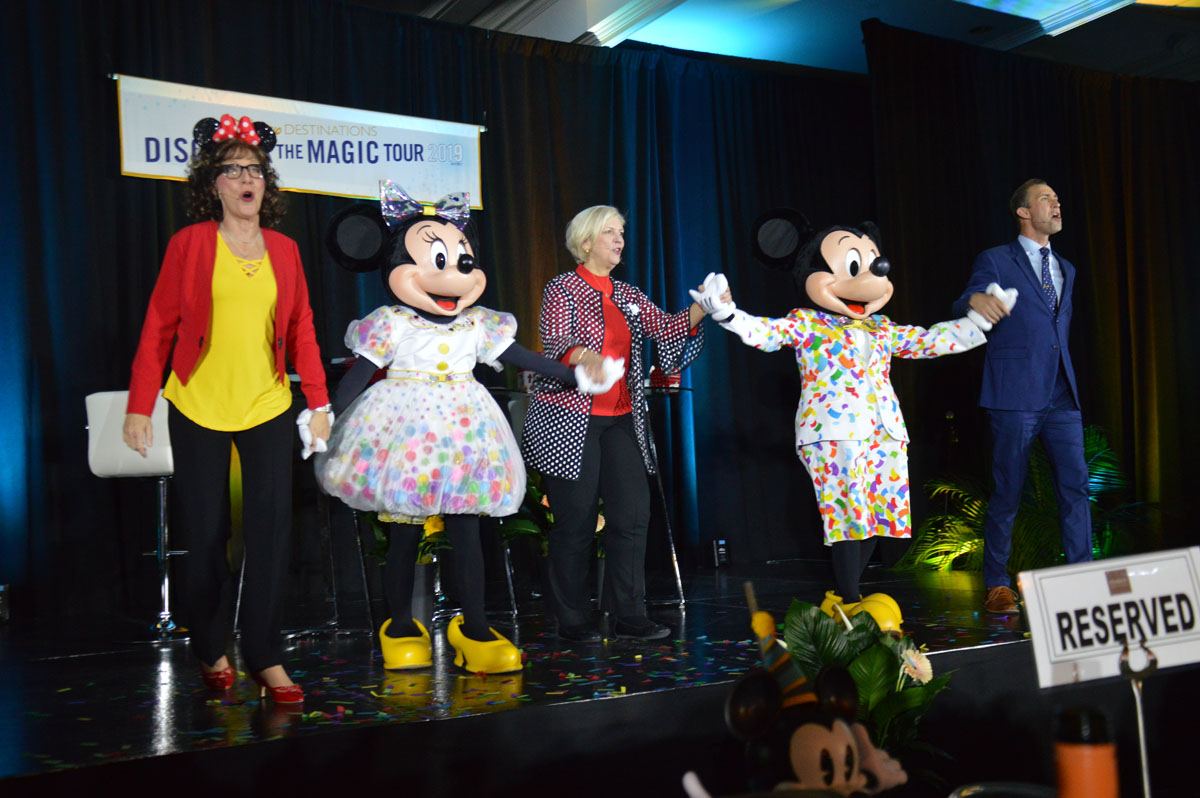