COVID-19 “rapidly increasing” in BC, Alberta; Ottawa says window to “flatten the curve” is narrowing

Those were the words of Canada’s Chief Public Health Officer Dr. Theresa Tam, who held a press conference on Sunday (March 15th) to advise Canadians on their role in curbing the spread of COVID-19.

Speaking to reporters in Ottawa, Dr. Tam called COVID-19 “a serious public health threat” and urged Canadians to take “strong action to help us delay the spread” of the virus and “protect as many people as possible.”

“Postpone or cancel all travel outside of Canada,” said Dr. Tam. “That is now absolutely essential.”

Cases of COVID-19 are “rapidly increasing” in British Columbia, Alberta and Ontario, Dr. Tam said, adding that “our window to flatten the curve of the outbreak is narrow.”

The press conference was held after Ontario saw its largest single-day jump in COVID-19 cases since the province began tracking the virus.

Ontario confirmed 39 new cases of the virus on Sunday, pushing the provincial total to 142, including five patients who have recovered.

There are also four confirmed patients amongst the Canadian passengers repatriated from the Grand Princess, a vessel operated by Carnival Corp.’s Princess Cruises that has been docked in Oakland since Monday.

All Canadians on that ship were sent home on a government-charted flight after coronavirus cases were diagnosed on board.

The four confirmed patients are among 228 Canadians currently under a mandatory two-week quarantine at CFB Trenton military base in Ontario.

Messaging at border expected to change

Health officials are strongly advising travellers coming from outside of Canada to “take additional precaution” and self-isolate for 14 days.

Dr. Tam called the order to self-isolate “voluntary,” adding that it would be “impossible” for Canada’s Public Health Agency to monitor and keep tabs on everyone that enters Canada.

“This is a social phenomenon, this is a societal response and everybody must take that responsibility,” she said.

The messaging at Canada’s points of entry, including airports, is expected to change rapidly, she suggested.

However, the focus is no longer on these three areas, Dr. Tam said.

“You’re focusing on all travellers from outside of Canada,” she said.

Prior to this, the message was for all incoming travellers to self-monitor.

“That message is changing to self-isolate,” she said, adding that her team is “rapidly upping communication on that front” and will be delivering that message to all points of entry in Canada.

The tone of COVID-19 in Canada changed this past weekend – on Saturday (March 14th), Foreign Affairs Minister Francois-Philippe Champagne tweeted a recommendation, urging Canadians to return home while flights were still available.

“We recommend that Canadian travellers return to Canada via commercial means while they remain available,” his tweet read.

No plans to close the border yet

Canada’s Deputy Chief Public Health Officer Dr. Howard Njoo said that all measures being taken at Canada’s border are “one part of an integrated approach with an integrated healthcare system to try and detect any cases quickly in Canada and also isolate people and do contact tracing.” 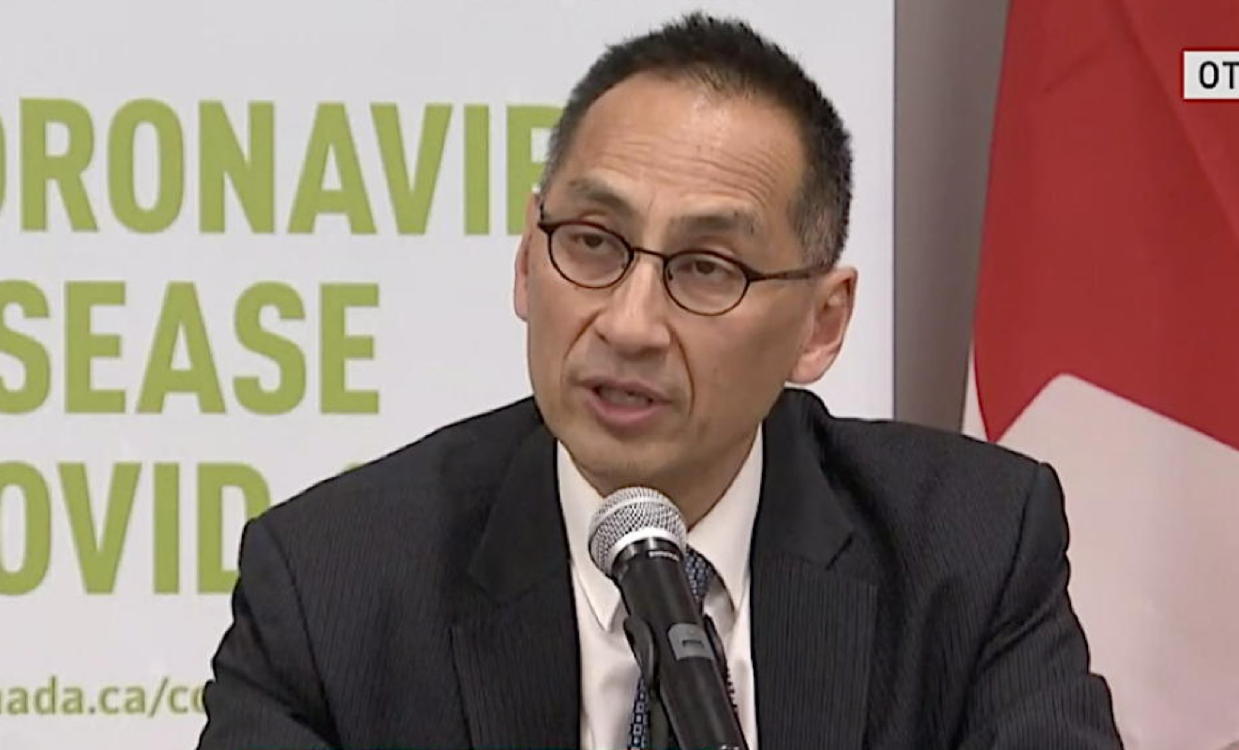 Self-isolating for 14 days, as opposed to closing the border completely, is the priority right now, he said.

“We know that travellers can enter into Canada without symptoms,” Dr. Njoo said, speaking to reporters in French. “So what we do at the border is not a guarantee at preventing the introduction of the virus into Canada.”

Dr. Njoo stressed the importance of keeping the border open for essential services, “in terms of providing transportation to people.”

“We have to ensure those essential services are covered,” he said.

Dr. Tam said the “front-end border is but one layer of protection and it’s never perfect,” suggesting that closing the border isn’t as effective as some may think.

Among the countries that have been impacted the most by COVID-19, “some of them have been the ones with the most stringent travel and border measures,” she said.

“Countries that enacted travel bans, for example, have not been able to keep out this virus,” she said.

Cases in Canada are “rapidly increasing”

Europe is currently the epicentre of the outbreak, Dr. Tam said, adding that although the virus is serious for the elderly and for medically-vulnerable people, “all ages are at risk.”

To that end, Dr. Tam advised Canadians to do their part in preventing the virus from spreading.

“We can do something about this now,” she said.