PAX On Location: 5 reasons why Mazatlán should be next on your list

Known as the “Pearl of the Pacific,” Mazatlán is a sun-soaked vacation and port city on the southernmost tip of the Baja California Peninsula in Mexico’s Sinaloa state.

The laid-back destination's landscape is defined by 20 kilometres of soft beaches and three lush islands – The Isle of Birds, The Isle of Deer and The Isle of Wolves – which can be seen from multiple vantage points in the city of more than 650,000 people. 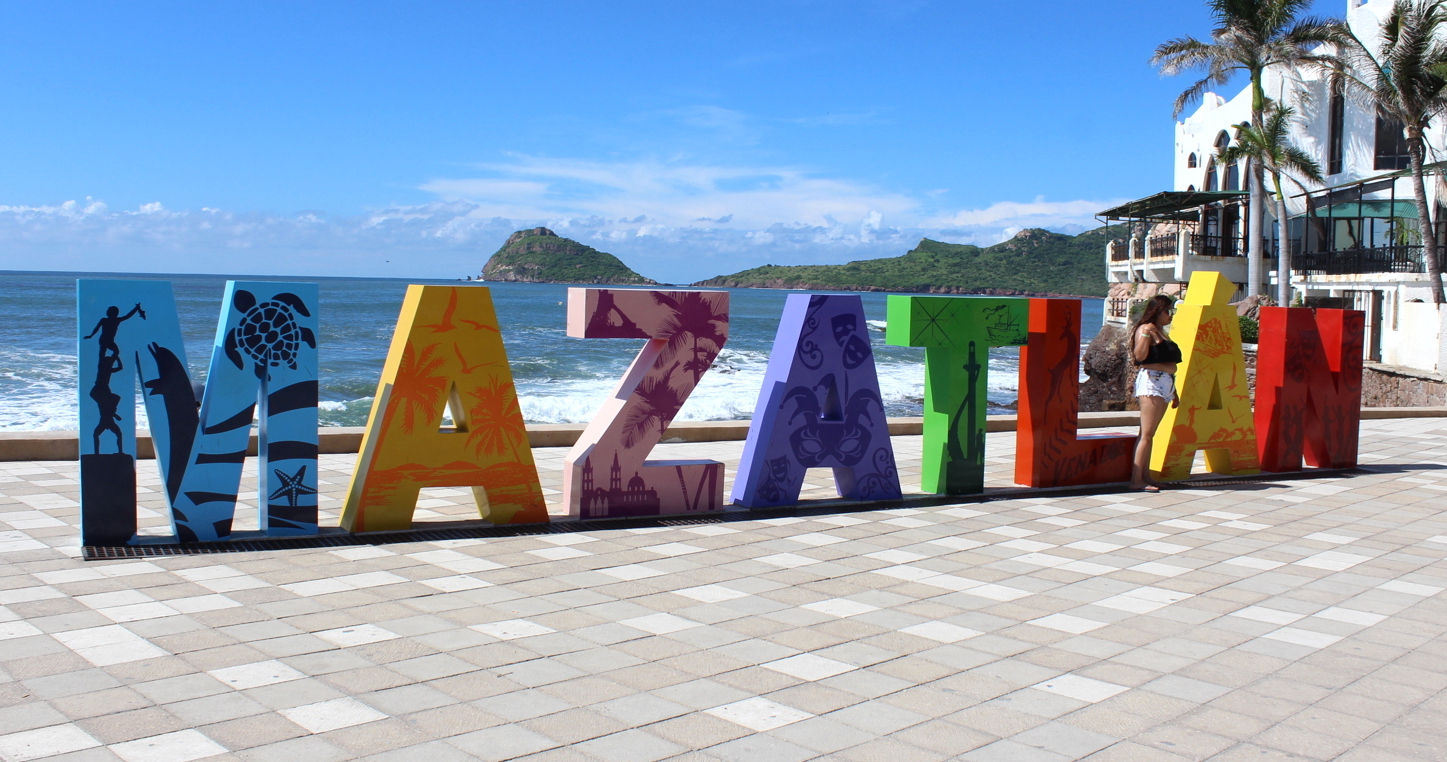 But what is this off the beaten path coastal paradise really all about? Setting up shop at the Pacific Ocean-facing Hotel Riu Emerald Bay, PAX got all the answers on a recent trip to Mazatlán with Sunwing, which offers direct service from Western Canada, Toronto, and starting December 18th on Tuesdays from Montreal.

Here are five reasons why you need to see Mazatlán today:

1) Mazatlán is a gateway into authentic Mexico 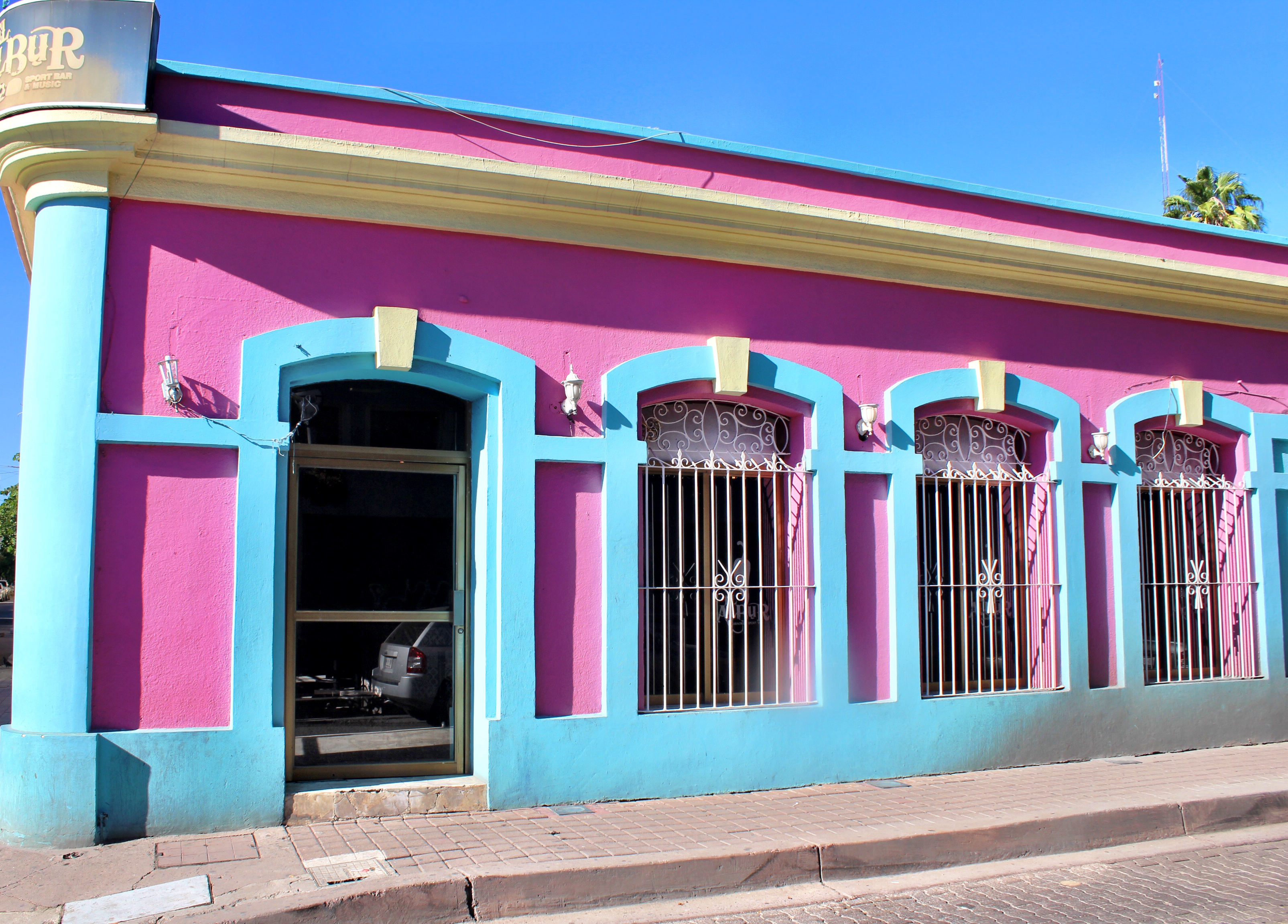 Mazatlán’s culture is rooted in indigenous and European influences. The city’s colonial Old Town charms with cobblestone roads and 19th century buildings painted salmon pink, punchy yellow, lime green, bright purple and baby blue. Within this historical neighbourhood sits The Cathedral Basilica of the Immaculate Conception, a stunning 19th century church that’s open to the public. At the center of it all is the Plaza Mechado (Machado Square), which is lined with local eateries. Make time for a show at nearby Angela Peralta Theater, a magnificently resorted performance (built in 1869) that showcases the region’s top opera and ballet.

2) It has the oldest malecon (boardwalk) in Latin America 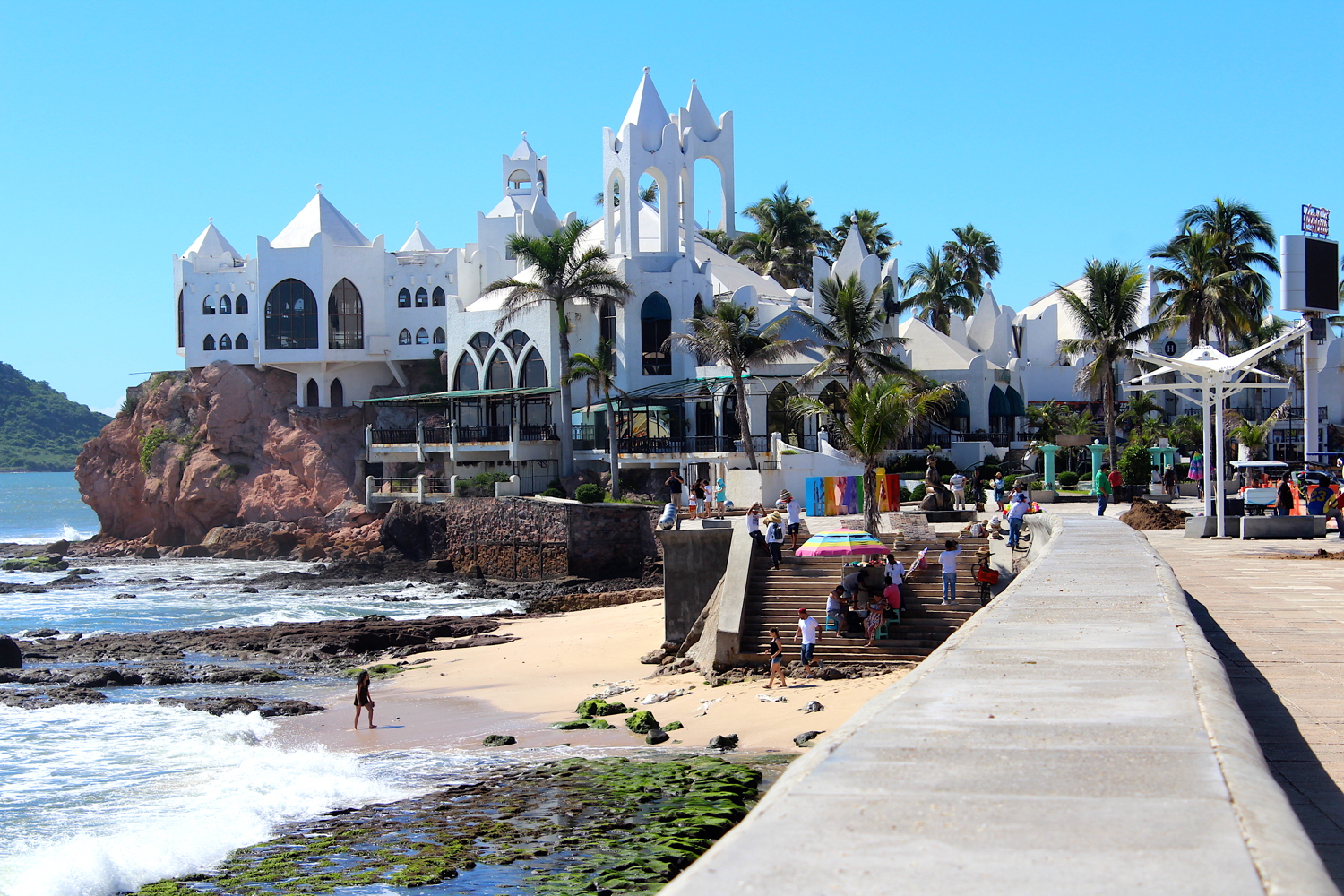 Mazatlán’s shoreline boardwalk is eight kilometres of ocean breeze and intrigue. More than 190 years old, it starts at the end of Paseo Olas Altas where a bronze statue of ’40s-era Mexican actor/singer Pedro Infante proudly sits. Unique monuments can be found all along this popular wi-fi enabled stretch, such as Continuity of Life – a beautiful fountain made up of leaping dolphins. El Clavadista on the malecon is where you’ll find Mazatlán’s famous Cliff Divers. These are fearless daredevils who leap from a platform on a rock some 40-50 feet high into roaring waters that measure just six to ten feet deep. Tip them well.

From aguachiles (a spicy shrimp dish) to machaca (dried spiced beef) to smoked marlin tacos, Mazatlán’s menu is rich and deliciously affordable. “We’re called the farm of Mexico,” Julio Birrueta, director of Mazatlán tourism board, told PAX, noting how Mazatlán’s farm and fishing industry keeps food fresh and at prices that are 30 to 40 per cent lower compared to menus in other beaten-path Mexican cities. As far as local industry goes, shrimping is king.  “It’s not really catch of the day, it’s more like catch of the hour,” Birrueta said. 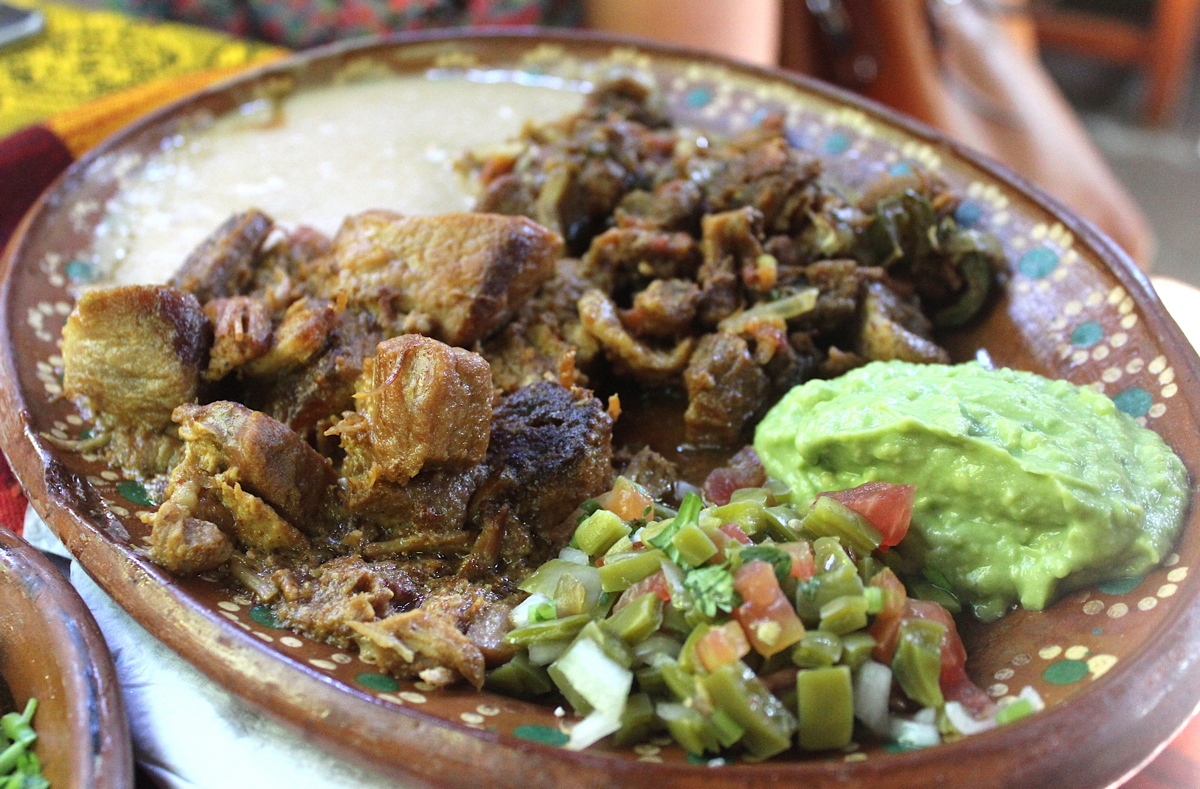 Tequila can only come from Tequila (the town) in the state of Jalisco. But that hasn’t stopped the spiky blue agave plant behind the famous the liquor from growing in Mazatlán. Tequila is distilled here, except instead of “tequila,” producers, by law, have to call it something else, such as “100% Blue Agave Spirits.” That’s what makes a tour of Los Osuna and Onilikan distilleries so interesting as guides explain the difference (Onilikan, notably, produces pure mango liquor using the same tequila distillation process, but instead of blue agave they use mango, which is big in Sinaloa). Mazatlán-brewed Pacifico beer is also a hot commodity (tours of the local brewery are currently on hiatus but are expected to return in 2019). Think of Pacífico as the lesser known cousin of Corona. However: “You better drink Pacifico while you’re here if you want to have friends,”  Julio Birrueta told PAX.

5) Mazatlán is home to one of the world’s tallest, natural-forming, working lighthouses 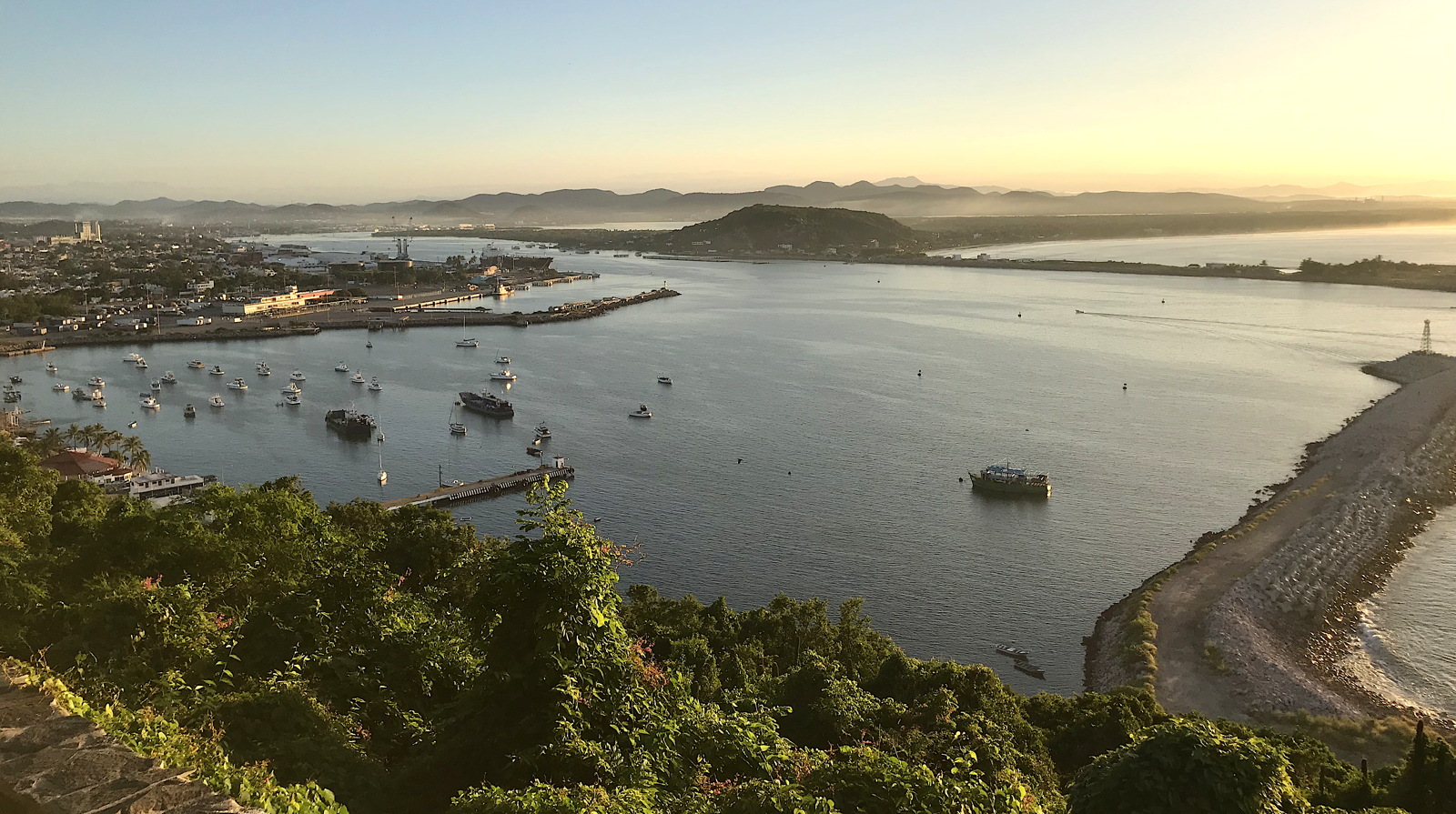 One of our proudest moments in Mazatlán was getting up at 6 a.m. and hiking to the top of Cerro del Creston, a hill that measures 523 feet (159 meters) above high tide, where the 19th-century El Faro Lighthouse sits. The upwards trek can be steep and takes about 35-40 minutes to complete, but the soaring views of Mazatlán’s beaches, harbour, islands and Old Town from the top make every step is worthwhile. Go before sunrise to avoid overheating and wear proper footwear (unless you have the swagger of our guide Jorge Vargas Cuevas of Nexus Tours, who did the entire hike in dress shoes).

For more information on Sunwing’s service to Mazatlán, click here.