PAX Checks In with Shane Buksh of Royal Caribbean International

To Shane Buksh, everyday feels like a new adventure.

Since 2015, he's been working as a strategic account manager (BDM) for Royal Caribbean International for Western Canada.

Vancouver-based, Shane says he's been working in travel since 1998, where he started with Canadian Airlines, prior to its merger with Air Canada.

Once the merger happened, he got his first taste of cruising, where he worked on Holland America Line ships Veendam and Zaandam in the gift shops.

"I took a year off after that to teach English in Japan, before coming back to work on ships Radiance of the Seas and Legend of the Seas in the gift shops again, then moving up the ranks in the cruise-staff department on HAL, to finish as assistant cruise director," Shane recalls. "After about four years on ships, I then became a travel agent, and worked as an agent and area manager for 11 years, before moving over to RCI."

Here, PAX Checks In with Shane to learn more about the trip that made him love waterslides, the thing that annoys him most about Nexus members, and what happens when you put a glue gun in his hand.

Shane Buksh (SB): I spend a lot of time on the road, in the air, and on ships. My three essentials are : (My travel amenity kit… my hair doesn’t look fab with just a comb… it takes a kit worth of product), My nexus card (best $50 spent ever!), and of course, my laptop, because I like to stay on top of emails so that my travel partners are not waiting on responses from me and can get on with their day as well.

SB: For culture, Sarajevo, Bosnia. Yeah, you would not expect it, but it was amazing! The culture, history, and just vibe of the city was incredible. For shopping and the busy city life, Tokyo. There's so much to do. For a beach vacation, Tahiti has got to be it, but after visiting our new island Perfect Day at Cococay, I've got to say I'm now a fan of waterslides and swim up bars.

SB: Istanbul (IST) was awesome, because the Turkish Airways lounge is insane! But any airport that has wide-bodied jets flying from all over the world would be my fave. I’m a huge airplane geek, so when i see B747’s, A380’s etc. from so many different airlines, I'm like a kid in a candy store. 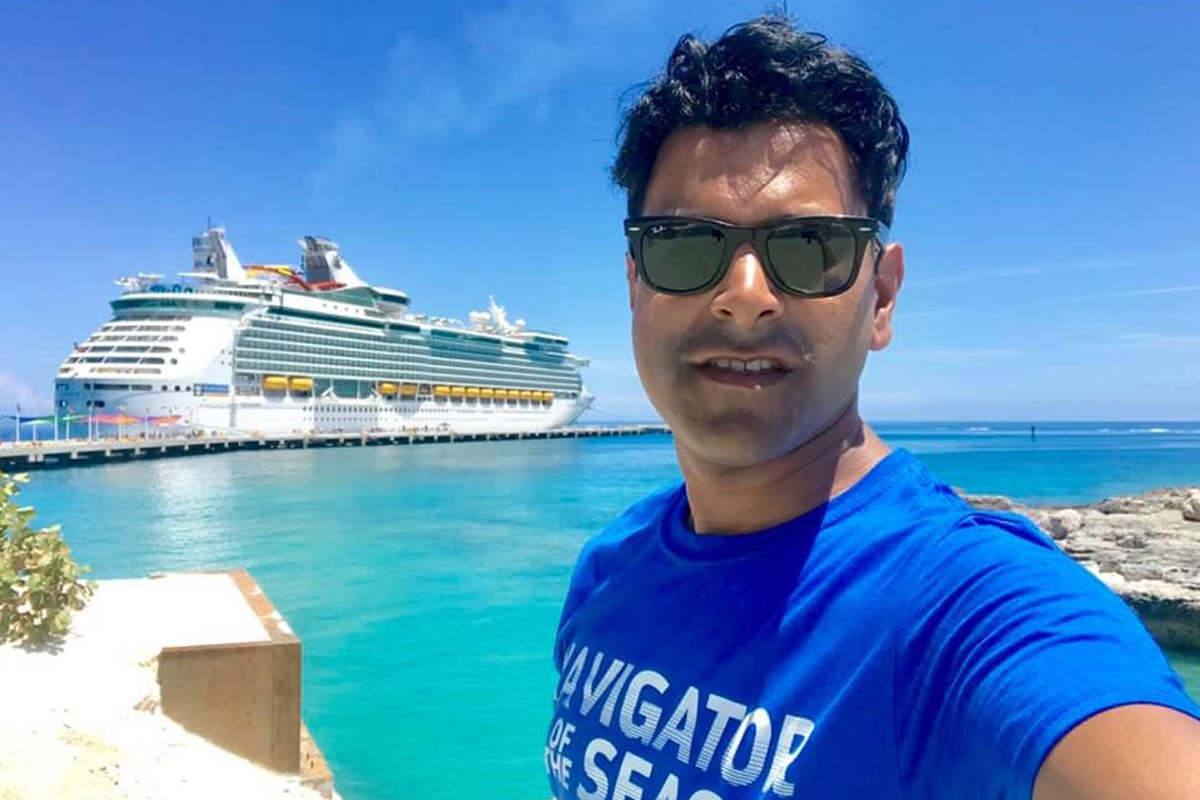 SB: My first vacation experience (that I can remember), was a trip back to Fiji to see family. I must have been around four years old. I do remember going on the big 747 CP AIR jet. (yeah, the orange one) and we flew Vancouver-Honolulu-Nadi. What makes it memorable, was that I remember how amazed I was of being in a plane. My parents said that I was a terror to travel with though, apparently I ran up and down the aisles kissing all the flight attendants.

SB: My Briggs & Riley large suitcase and carry-on roller bag. It costs a bit, but when you travel so much, having that good suitcase is so worth it!

PAX: What's the most memorable food meal you ate while travelling?

SB: Hands down, my favorite restaurant (mainly because the food was delicious, presented artistically, and the atmosphere was just awesome) was at a restaurant called Pegasus which was in the old town of Tallinn, Estonia.

SB: People who are using the Nexus or fast pace lines at the airport, who aren't ready with the laptops and liquids and gels when they get to security. Ugh! Don’t get me started! As well, when people board a plane, and they look up as soon as they enter to the row numbers to find their seat. Your boarding pass says row 28 and you just got on...keep walking!

SB: I’m pretty crafty, give me a hot glue gun and some dollar store materials and I can make you anything!

SB: Up! Especially before take off. I look out that window looking at all the planes while we taxi. It’s my most favorite thing ever! 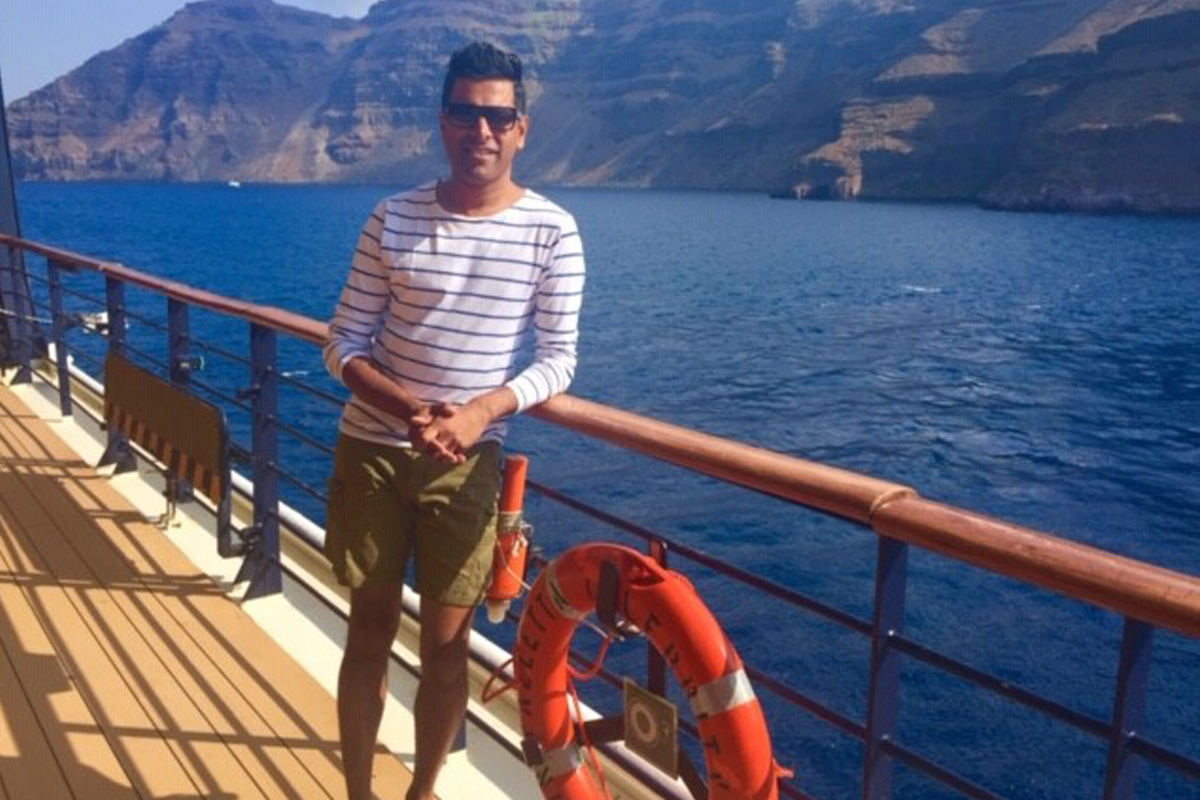 SB: If you travel with me, be prepared to lace up and not slack behind at airports. I know where I'm going, and go at warp speeds at airports. You better keep up and have your documents in check! Not sure if that’s more of an anecdote or a travel advisory.

SB: Everything. If I didn’t love what i do, I simply wouldn’t be doing it. Who couldn’t love working in travel! You work with people who have a similar passion, you get to travel the world and see all that it has to offer. I wouldn’t trade it in for anything… except perhaps a winning lottery ticket.

PAX: What should travel agents be aware of right now in regards to RCI?

SB: Perfect Day @ Cococay. It's simply incredible! I got to visit the island back in May, and we just announced that we will have two stops at the island on many of our itineraries, as well as stays until 10 p.m.! As well, in 2020 Serenade of the Seas will be doing a roundtrip Vancouver to Alaska for the entire summer. It’s been years since we have had a roundtrip product, so it’s huge for the West!