PAX Checks In with Steve Goodfellow of Air Canada

Steve Goodfellow, Air Canada’s Director of Sales for Eastern & Western Canada, is, in his own words, “still a relative newbie” to the world of travel, having joined the airline in 2015 after many years in a very different industry.

“Since graduating university, my career had always been in the CPG (consumer packaged goods) industry,” Goodfellow said, “most notably 17 years at Nabisco, Kraft and Mondelez - who doesn’t love cheese, Cadbury chocolate and Oreo cookies? That said, the airline and travel business is just a little more attractive.

“I was approached by our former VP of Global Sales Duncan Bureau around August 2014. I wasn’t looking to leave where I was working at the time, but decided to test the interview waters and was very excited by what I was hearing. The autonomy to build a team and help create and foster a new and more progressive culture at Air Canada proved to be an opportunity too good to pass up. After numerous meetings and interviews – and honestly, having the opportunity to work for Virgilio Russi, as I loved his vision – I made the decision to join Air Canada and started on Jan. 5, 2015."

Based in London, Ontario, Goodfellow and his team are “primarily responsible for managing and working with our independent TMCs across the country, while developing and implementing our sales strategies and goals to ensure our business objectives and sales targets are achieved.”

This week, PAX checks in with Goodfellow about his favourite golf courses, the Michigan Wolverines and which cocktails to order if he’s behind the bar.

SG: I’m an avid golfer and have had the amazing opportunity to play some incredible courses. My two favorite to date are Royal Portrush in Northern Ireland and St Andrews in Scotland. Also, I absolutely love Paris and London. The history and the architecture always amazes me and of coarse the food and wine. I’ve stayed at the Shangri-La properties in both cities and both were so incredible. I’m planning a trip to Thailand next April, so I’m pretty pumped about that!

SG: I think YVR is a fabulous airport. It’s easy to get around, but what you really notice and admire is the art and architecture showcasing British Columbia’s diverse landscape and people throughout the airport. Travelling can be stressful, but there always seems to be a sense of calm at YVR.

SG: For both my job and the travel industry, it’s definitely the people. I’ve managed teams for about 25 years now and I currently have the privilege of leading one of the highest performing teams I have ever led. The passion, dedication and desire to win is unbelievable; it’s a privilege to work alongside Cathy Redekopp, Chantal Podgorski, Chris Geraghty, Edna Ray, Jamie Fox, Jennifer Backus, Natasha Delicata, Susan Grant and Syed Hussain each and every day.

The people and relationships are what makes the travel industry such an amazing industry to be a part of and I love working with our agency partners. In my opinion, creating relationships built on mutual respect, trust and integrity with our agency partners is by far the number one factor in what we do. It is all about a partnership and we have great partners. I know they have choices and I truly appreciate every AC ticket they sell.

SG: When I was about six or seven, my parents, sister and I loaded up the camper and drove from my hometown of Peterborough out to the Maritimes. I especially remember walking along a beach in PEI and eating clams and lobster. 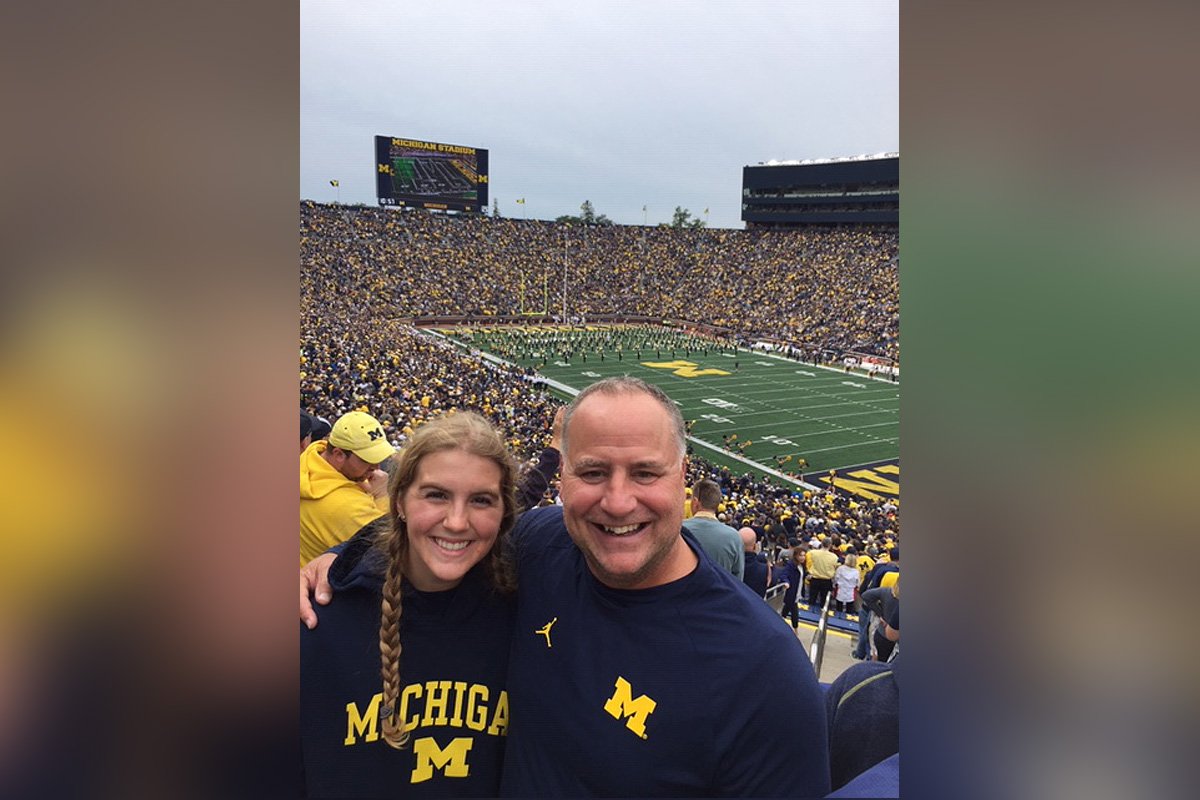 SG: I actually haven’t splurged on any one particular item. I would consider myself somewhat of a minimalist, but I do splurge on experiences; especially great food and wine at amazing properties in terrific cities. Splurging on attending major sporting events and concerts are experiences I covet. I’d be remiss if I didn’t mention I’m a proud University of Michigan football season ticket holder – so many of my weekends in September through November are spent in Ann Arbor, Michigan. Love my Wolverines!!

PAX: Most memorable food/meal you ever ate while travelling and where you ate it?

SG: I’d have to say the first time I had escargot in Paris. We dined at a small outdoor café called Café La Belle Ferronnière. I’m pretty sure the couple bottle of wines were amazing, too!

SG: When people try to jam luggage into the overhead or under the seat in front of them on an aircraft.

SG: Considering I put myself through university by bartending, I make some pretty damn good cocktails, especially a Dirty Martini and an Old Fashioned. My Bloody Caesar isn’t bad, either.

SG: Usually up when we take off and land, but down the rest of the flight.

SG: The first time I stayed at the Delta in YYC, I energetically got off the plane and jumped in a cab at the arrivals area. “Where you going?” the driver asked. “Off to the Delta, please,” I stated. “The one downtown?” he asked. “Nope, the one near the airport,” I confidently said. He looked at me in bewilderment, stuck his arm out the window and pointed directly to our left. It was literally 20 feet away. I just burst out laughing because one must be able to laugh at one’s self. Quite frankly, too many people are unable to do this and take themselves way too seriously.

PAX: What should travel agents be aware of right now in regards to Air Canada?

SG: This year, we have launched many new and exciting routes including Toronto-Vienna and Montreal-Bordeaux. Still to come before year’s end, we will start Vancouver-Auckland, Montreal-Sao Paulo, Quebec City-Cancun and Punta Cana as well as Toronto-Quito. In 2020, we have already announced new services including Montreal-Toulouse, Toronto-Brussels, Montreal-Seattle and Toronto-San Jose, CA; the last two will be operated on our new Airbus 220 which we take possession of later this year, with service starting in May. These are amazing opportunities for our agency partners to sell new and exciting destinations! 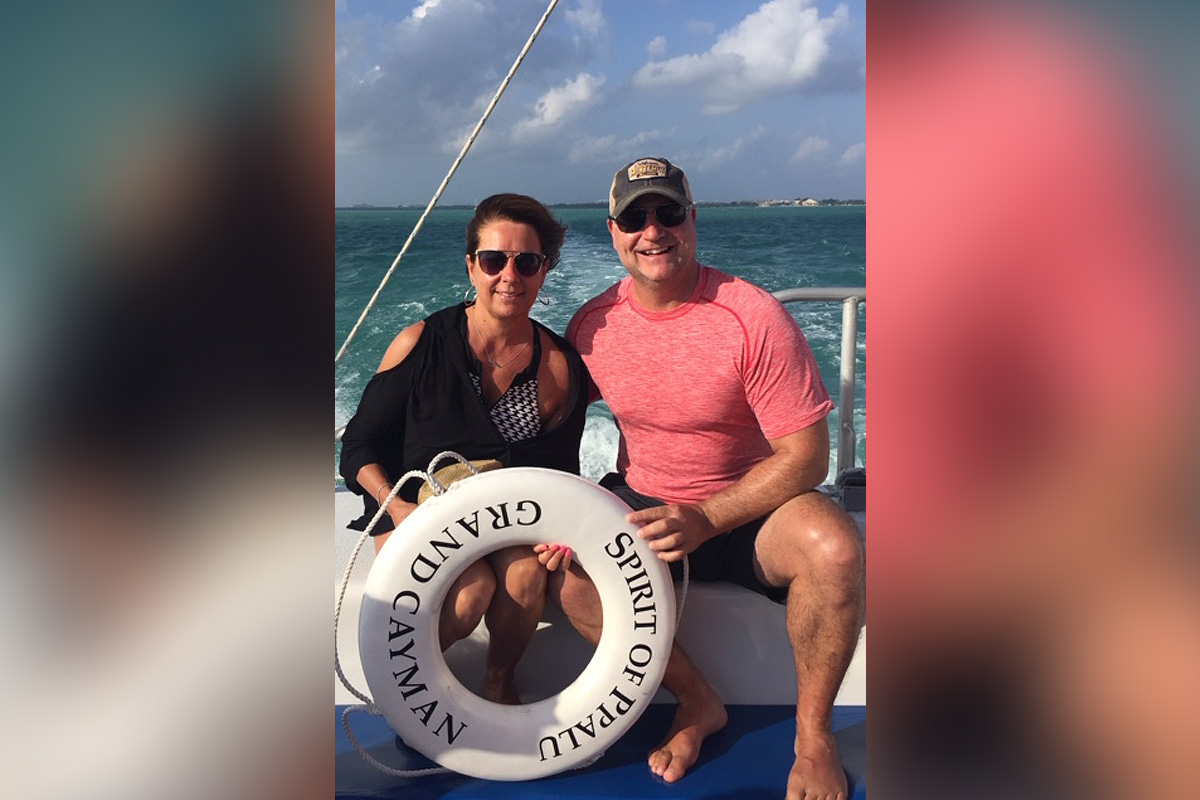