Create your own adventure.

That is the mantra behind Busabout, a branch of The Travel Corporation that lets like-minded travellers build their own itinerary, hit the road on a high-tech coach bus, and experience multiple destinations through a vast hop-on, hop-off network.

It’s the kind of adventure that lets you see the world, your way, whether it be island hopping in Greece or Croatia, bump ‘n’ grinding at music festivals in Europe, discovering ancient history in Asia or seeing much-loved cities in North America through a different lens.

And according to Busabout’s team in Canada, the movement is catching on thanks to Canadian travel agents. 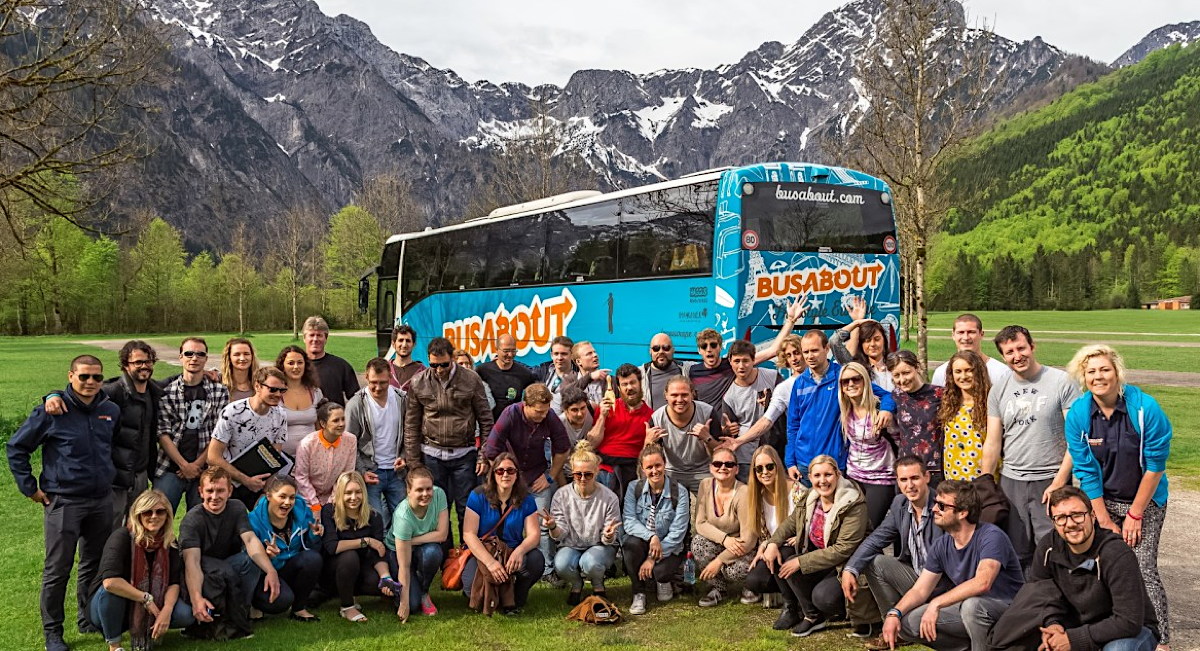 Toronto-based Damien Bennett, Busabout’s vice president for North America, says agent-based sales of Busabout’s products in Canada were up 85 per cent from 2017 to 2018 and are up 75 per cent from last year to now.

“We’re a unique product that offers choice for the individual,” Bennett told PAX in a recent interview in Toronto. “Instead of a company dictating how long you should stay in a place, you, as an individual, get to choose based on your likes, dislikes, and the people you meet.”

Bennett, who has led Busabout’s North American sales operations for the past four years, says a heightened awareness of the product, its uniqueness and overall good value are reasons why the product is taking off.

The main mode of transportation on a Busabout adventure is a 50-seater coach bus, which moves travellers from destination to destination across a comprehensive network of pick-up and drop-off spots.

Travellers can not only build their own itinerary before their trip, but they can also change it, in the moment, while they’re travelling, however they please.

“They may get to their destination, meet somebody, and say ‘I want to start travelling with you,’” said Bennett, noting that 90 per cent of Busabout’s demographic are travellers between the ages of 18 and 40 (guests must be a minimum age of 18).

Busabout is for people who are “young and young at heart,” he said. 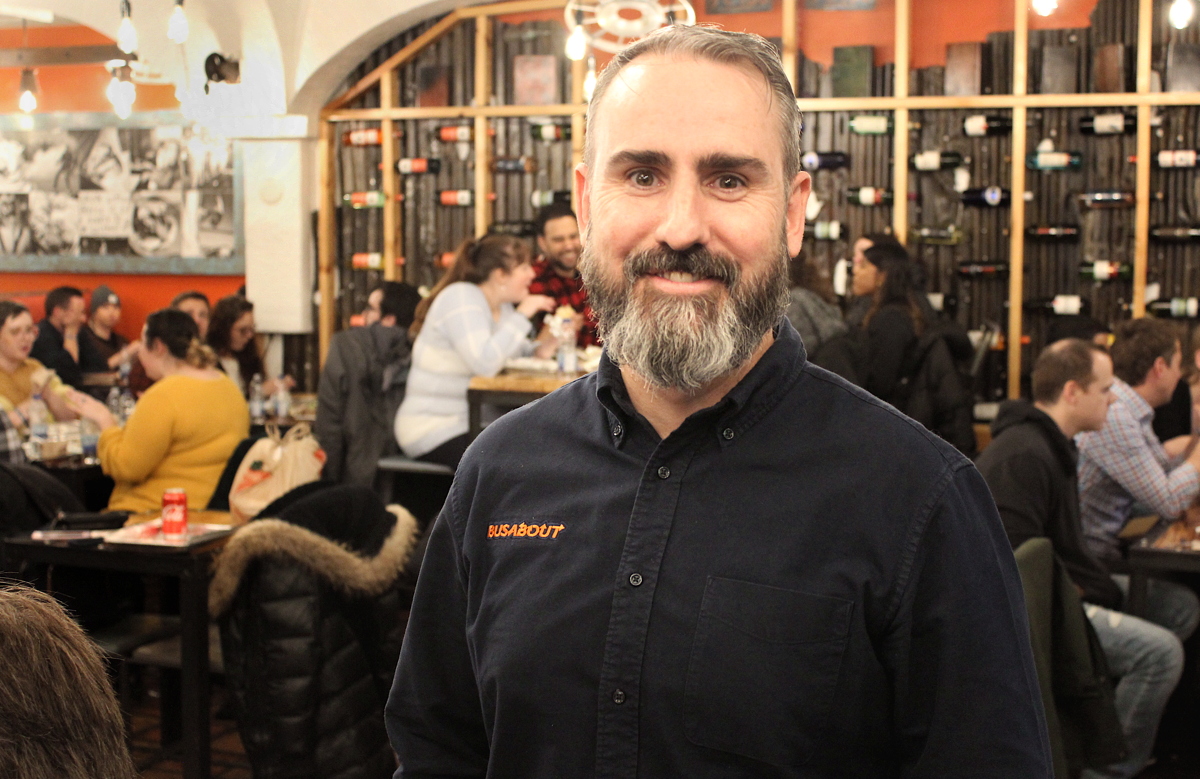 What’s more is that each Busabout bus has its own on-board tour guide, who offers information about each destination, from history to must-see hotspots to advice on local places to eat.

“The guide is there for as little or as much as the passenger wants,” said Bennett.

Recommended accommodations, city tours and excursions are offered, but optional. And: “If [travellers] want to add a week to an adventure product, they can,” said Bennett.

Bennett and his team had a chance to give travel agents and trade partners a taste of what a Busabout adventure is like by staging a recent bus tour through Toronto, stopping at cultural hot spots inspired by some of Busabout’s worldly itineraries. 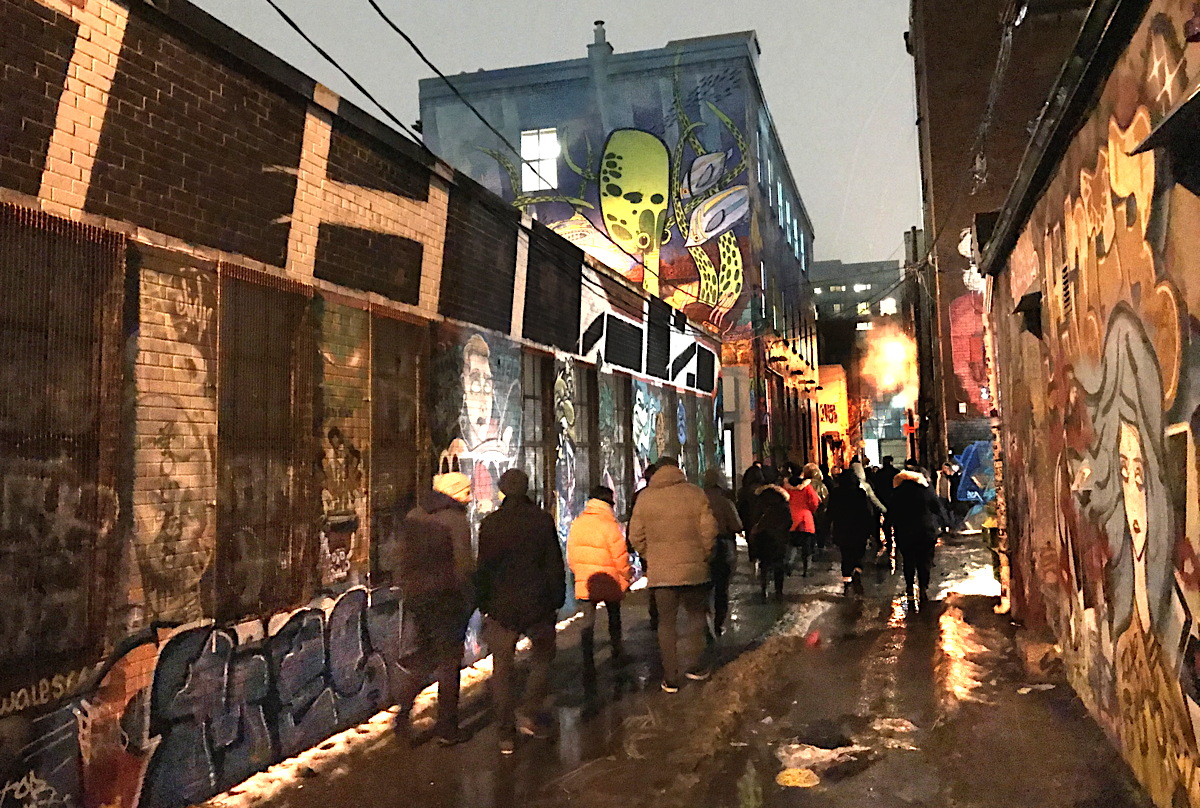 The night, which welcomed close to 50 travel agents, began with a guided tour of Toronto’s famed Graffiti Alley near Queen and Spadina (inspired by the company’s graffiti tours in Berlin), then moved to the Original Gyro Grill in Greektown for some gyros (inspired by the Greek Islands) and then concluded with a bocce game (a nod to the famous European sport) at Lob Toronto.

While Busabout offers itineraries through Asia and, as of this year, in cities across the U.S., its biggest network is in Europe, where it has been operating since 1998.

It’s hop-on, hop-off network in Europe covers 38 cities and 14 countries, with a coach bus rolling goes through cities every two days, so it’s ultimately up to the traveller as to how much of a destination, or of how little, he or she wants to see.

“Think of our European products as one jigsaw puzzle, and you get to link all the bits and pieces together to create your perfect idea of what European travel looks like,” said Bennett.

Some of the advantages of exploring Europe with Busabout (over a rail pass, for example) include having a guaranteed seat, in addition to the perk of having the bus drop you off directly outside your accommodation (if staying at a Busabout-recommended location).

“We’re changing perceptions of how European travel should be,” said Bennett. 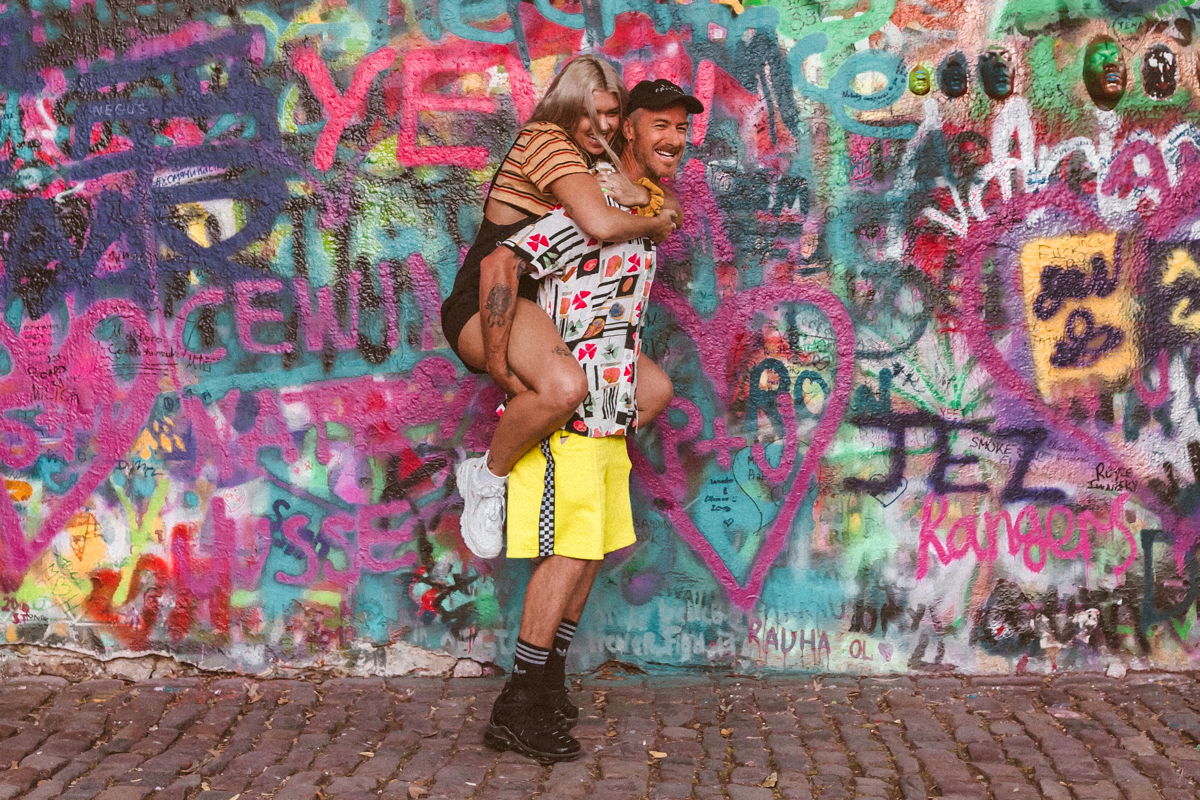 Busabout’s coach buses aren’t your average set of wheels either. With reclining seats, panoramic windows, free WiFi, on-board entertainment systems, all combined with the bonus of having an on-board guide, “Our coaches are very unique,” Bennett said.

Busabout’s Italian adventure is a top seller as many travellers flock to Italy’s Amalfi Coast. New products for 2019 include a 15-day adventure through the Iberian Peninsula, as well as new itineraries through Greece and Croatia’s sailing scene.

The company has also, notably, reduced its pricing. The cost of a one-week, hop-on hop-off pass is down 30 per cent, and the cost of its unlimited pass has been reduced by 20 per cent.

Get those agent incentives

Agent commissions for selling Busabout can range from 15 to 20 per cent, Bennett said.

Busabout will be hosting its All-Star agent FAM this year for top-selling agents who report bookings between January 1st and March 30th.

The top two sellers will instantly win a spot on the coveted trip, which will start in Italy and end in Ibiza, all expenses paid. Three other winners will be randomly drawn.