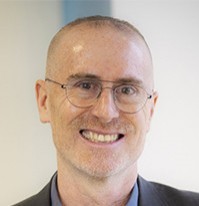 Following in the footsteps of other major tour operators, Sunwing Vacations is now offering a 24-month credit to customers affected by the suspension of flights to the south.

"Yes, that's correct," Marie-Josée Carrière, senior marketing director for Quebec at Sunwing Travel Group, confirmed with PAX. "For departures between March 17th and April 30th, 2020, customers affected by flights, including flights and vacation packages, can benefit from a future travel credit equal to the value of the package originally booked. The credit can be used for a maximum period of 24 months from the date of initial departure, in all countries where Sunwing Airlines operates. "

This policy replaces the offer that was announced on March 16th, which said that affected customers could choose between "a full refund or a credit for a subsequent trip."

Rules change as the situation evolves

The change obviously risks disappointing those customers who would have liked to take advantage of the reimbursement option. Similarly, it may also frustrate advisers who have had to communicate the information to clients.

However, it is conceivable that Sunwing could hardly rule out this measure, also adopted by its competitors, which has the effect of protecting the liquidity of tour operators in an extremely difficult climate..

In a message to its members, the president of the ACTA regional council, André Desmarais, suggested that rules change often as the situation has changed in recent times. However, he is understanding:

"I know that we do not all agree with these rules, but our tour operators are under even greater stress than us and their goal is above all to stay on duty for the next year," Desmarais said.

In this regard, the message from Mr. Desmarais joins that of Moscow Côté, president of the AAVQ, who yesterday called on the members of the distribution network to support the initiative of Transat which, like Air Canada Vacations and Sunwing, offers a credit for 24 months, rather than a refund.

"It's time to show solidarity between members of the industry," he said.

On a separate note, Sunwing announced Thursday that it is offering available seats to its repatriation flights from southern destinations to stranded Canadians, free of charge - including non-Sunwing customers.

“We understand a lot of Canadians are still stranded outside the country and struggling to get home,” said Stephen Hunter, CEO of Sunwing Travel Group, in a statement. “That’s why we want to open up any extra capacity we have. It’s the Canadian thing to do.”