5 things to do in Amsterdam that won't break the bank

Canals, cheese, great beer, coffee houses...the list goes on and on when it comes to talking about all of the things to love about Amsterdam.

It's a place where one could spend an entire month and never do the same thing twice. But, like any metropolitan city, Amsterdam can be downright expensive. Luckily, there are ways around steep price tags, and plenty of things to do and see that won't break the bank. So, whether they're just stopping by while in town for a river cruise, or got lucky with an extended layover, here are five things your clients can do in a single day that will earn them bragging rights back home. 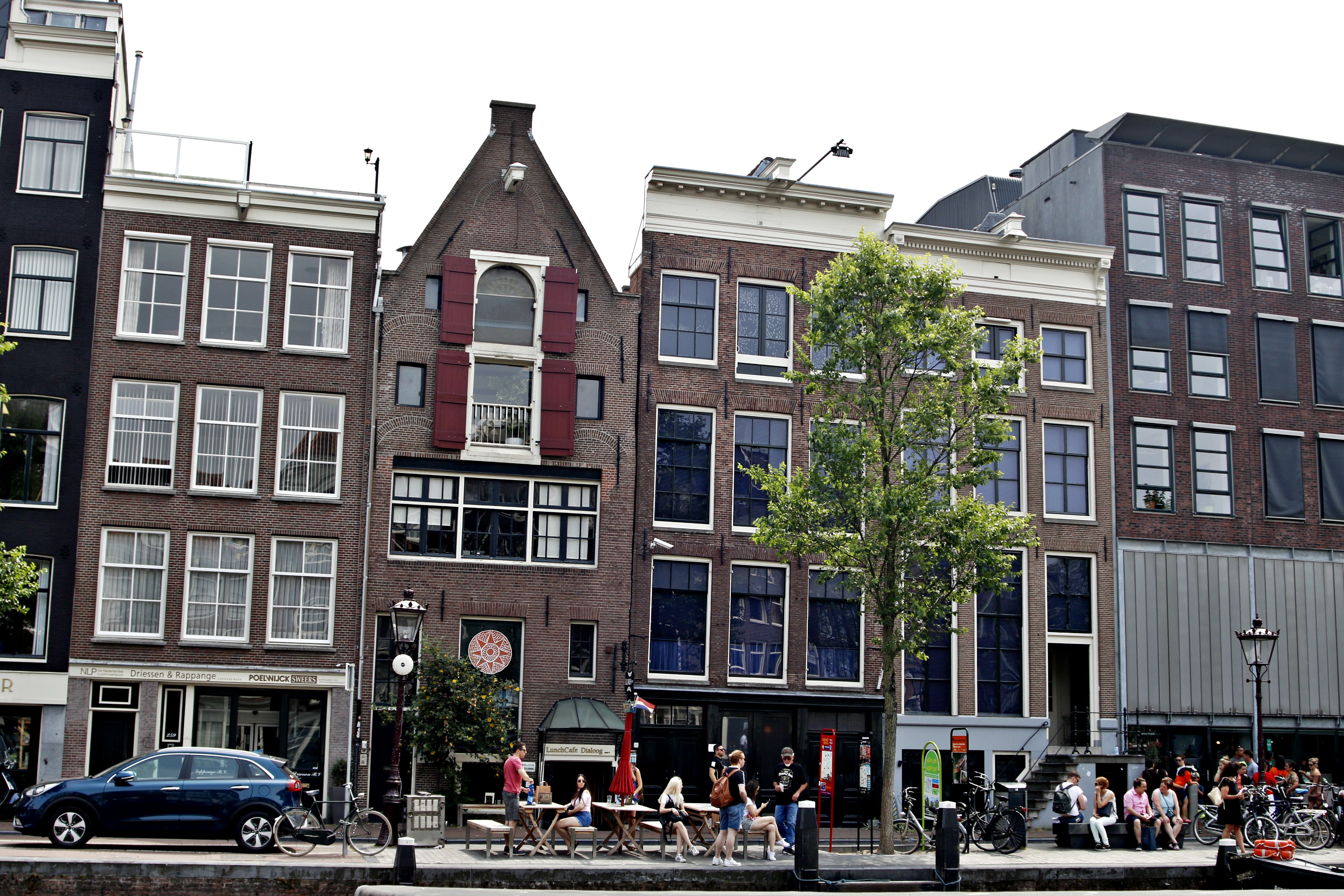 Through daily musings scrawled across the pages of her diary during the Second World War, Anne Frank offered a glimpse of what life was like for many Jewish families at the time. In July 1942, Anne Frank and her family went into hiding in the attic of a house in Amsterdam, on a canal called the Prinsengracht. For just over two years, she hid here, keeping track of time in her diary, until she was discovered in August 1944. She died in a concentration camp in February 1945, just seven months before the war ended. It's the heartfelt story of what could have become of Anne, had she survived, and being able to try and experience what she must have felt first-hand, that makes a visit to the Anne Frank House so memorable.

As one of Amsterdam's most popular tourist attractions, it's recommended to purchase tickets two months in advance. Eighty per cent of tickets for any date are released exactly two months in advance. The remaining 20 per cent are released on the official website on the day, which means you could be waiting in line for hours. But, even if you can't go inside, grabbing a coffee across the street allows for a photograph—and if the timing is right, you can hear the church bells of the Westerkerk Protestant church chime out, the very same bells Anne wrote about in her diary more than 70 years ago. 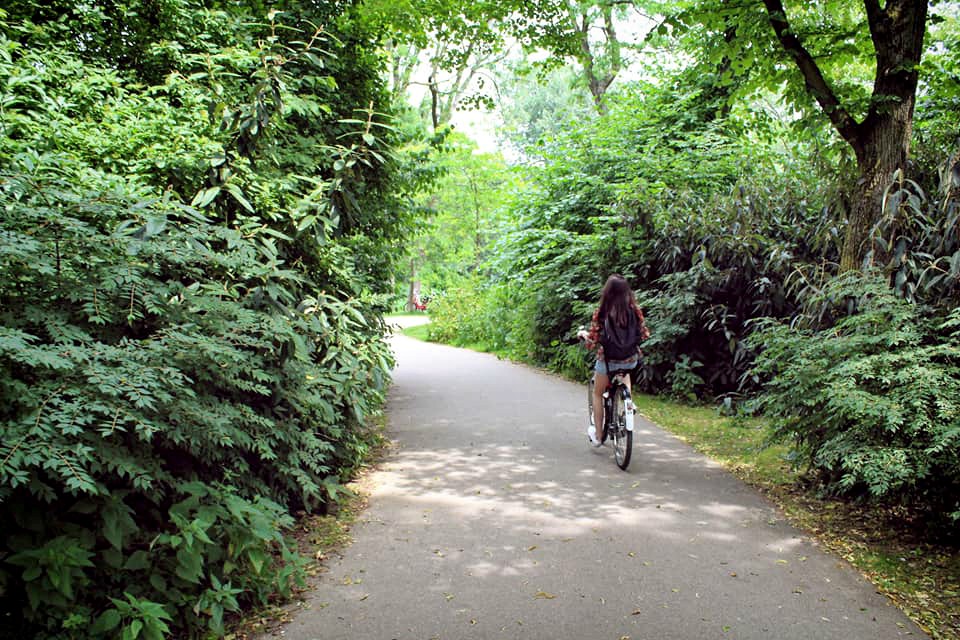 It's not just a stereotype—there are actually more bikes than people in Amsterdam! According to the latest data, there are 881,000 bikes in the city (and just over 821,000 people living there). If you happen to be walking around in the morning, get ready for a traffic jam—bicycles have the right of way, then pedestrians, and then cars. On any given day, you see more people cycling than walking. It's very affordable to rent a bike for a few hours in the city, and there are many rental shops within walking distance from Amsterdam Centraal.

Vondelpark, a 47-acre, public urban park is a great place to try your hand at riding a Dutch bike for the first time (those pedal brakes can take some getting used to). Filled with willow trees, ponds and ducks, blooming gardens, and people enjoying picnics on the grass, you can easily spend a few hours here simply exploring the various paths. And, if you get hungry, there are a number of cafes and hotdog stands all along the trails. 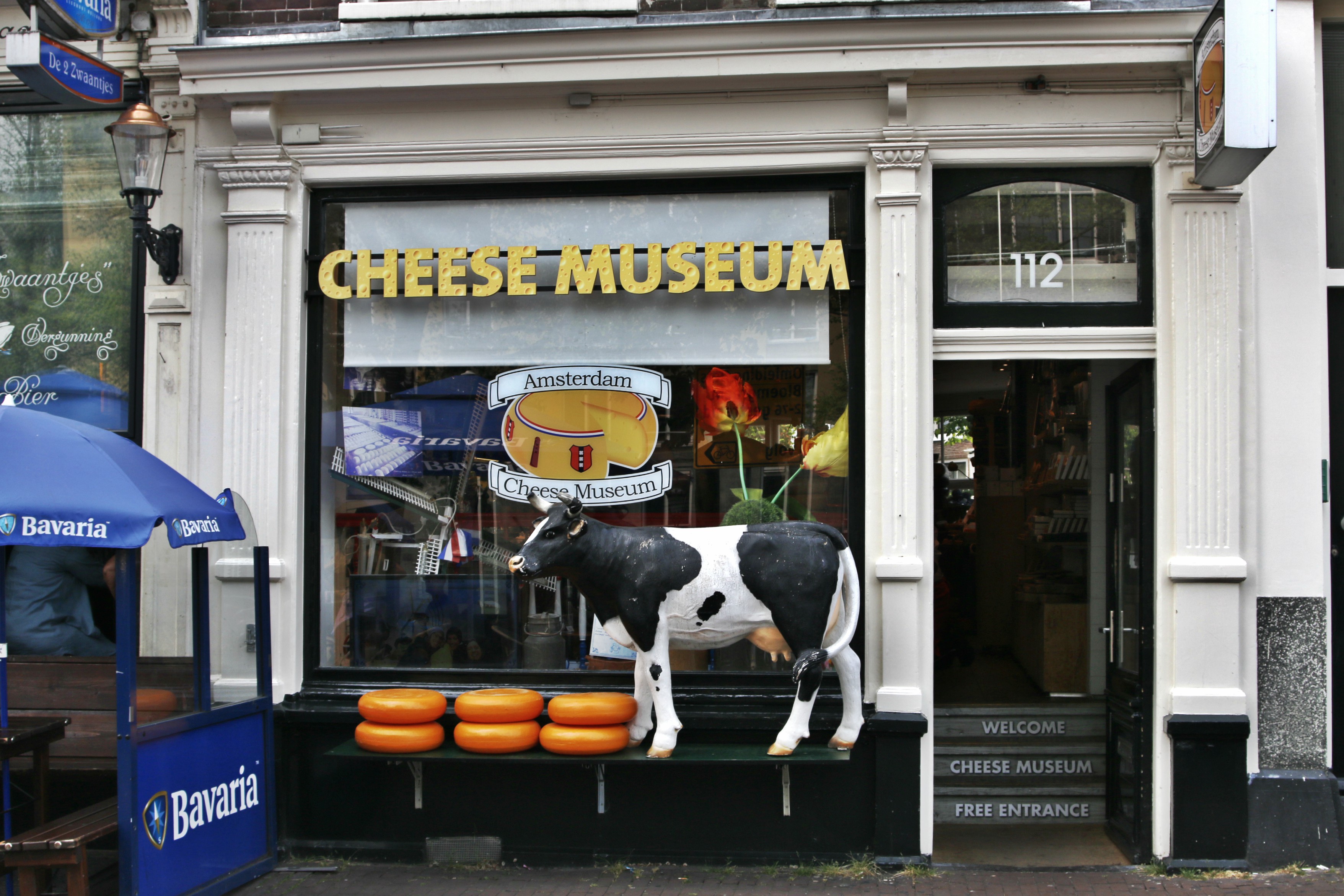 Do you know what's better than a museum dedicated to goudas, cheddars, and edams? Free cheese samples.

The Amsterdam Cheese Museum is a four-minute bike ride from Amsterdam Centraal station. It's a little bit stinky when you walk in, but if you worship cheese, this won't offend you in the slightest. The best part? The shop offers to vacuum-seal any purchase, so you can bring all the cheesy goodness back to Canada with you, so long as it's 20 kilograms or less—easy enough!

4) Go for a ride on the canals 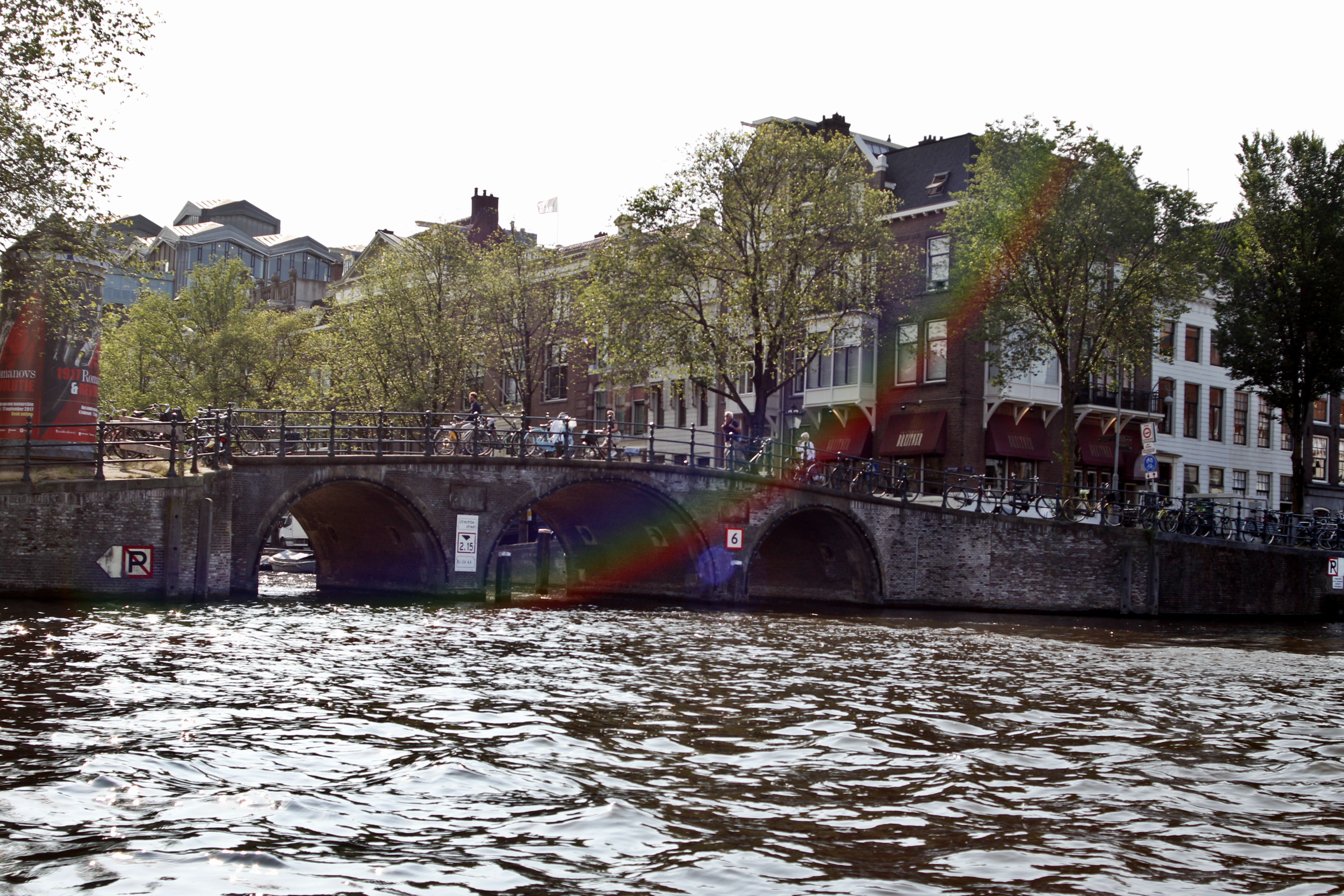 The canal networks are one of the most impressive architectural feats in the Netherlands, and Amsterdam is full of them! A trip to the city just wouldn't be complete without a short tour through the waterways. From Amsterdam Centraal, you'll find multiple tour operators advertising their prices and departure times—usually they run every 20-30 minutes. You can also take a look at the offered itineraries, and if there's something in particular you want to see along the way, chances are you can cross it off the list.

Tours generally last an hour, and you'll receive a pair of headphones to listen along to the guide, in English, Dutch, German, or French. Not only is it really fun to trickle by the city by boat, but it's an amazing way to learn more about the city on a tight timeline, not to mention, your guide probably has some intel on where to find the best piping hot patatjes.

5) Eat your heart out One of the best parts about visiting a new country is sampling its food. If you like to eat, you're in luck when you visit Amsterdam. There are two foods here that are quite unlike anything else you'll be able to find back home.

The first is french fries, believe it or not— but the Dutch way takes a savoury twist. Served piping hot in a paper cone cut, Dutch fries, or patatjes are traditionally smothered in mayonnaise. Then, you can choose to add peanut sauce and chopped onions, and sometimes a special curry ketchup—it might sound strange, but it's a combo you'll be reminiscing on when you're back home with plain old ketchup!

The second must-eat dish is pannenkoeken. Not just a breakfast pancake, pannenkoeken can be ordered sweet (think bananas, nutella, and powdered sugar, or caramelized apples and cinnamon) or savoury (smoked ham, swiss, and onion, almost like the toppings for a quiche, or pizza). If you're doing it right, you won't pay any more than €3-6 for either the fries or pancakes.

Want to discover Amsterdam for yourself? Click here for more ideas!