Hurricane Dorian struck the Bahamas on Sept. 1, 2019, hammering the north islands for approximately 36 hours straight before finally letting up.

Several lives, buildings, and property were all lost, and as a nation, the road to recovery continues to be a long one.

Despite all of this, the Bahamas Ministry of Tourism & Aviation has exceeded record-breaking arrival numbers, and has recorded seven million visitors in 2019, as reported to members of the media at last week’s CHTA Marketplace, which ran from Jan. 21 through Jan. 23 in Nassau, Bahamas.

“For us, this is a tremendous accomplishment, particularly in light of the challenging year we as a country just endured,” said the Honorable Dionisio D’Aguilar, Bahamas Minister of Tourism and Aviation, speaking at CHTA Marketplace. “We are in awe of our country, and deeply grateful for the outpouring of support from friends, partners, and even strangers from around the globe.”

Holding steady, even after impact

Since 2009, the islands have continuously seen a steady increase in air and sea arrivals with an impressive 52 per cent increase in just 10 years.

“Prior to Hurricane Dorian, we were on course for an absolutely record-breaking year, considering that we had double-digit growth in 2018,” shared Joy Jibrilu, director general, Bahamas Ministry of Tourism and Aviation, speaking during the press conference at CHTA Marketplace.

According to the Department of Immigration, Port Authority and Customs, despite taking a hit to its arrivals in September and October, even a major hurricane couldn’t stop the country’s success in the first, second, and third quarter, with the highest number of arrivals by air and sea recorded in the country’s history.

Through increased airlift, aggressive PR campaigns, and the support of international media and travel agents, by the end of 2019, foreign air and sea arrivals had totalled more than 7.2 million, a nine per cent increase from 2018. Stopover visitors alone were the highest in recorded history at 1.78 million with American visitors accounting for 1.45 million.

“Hurricane Dorian sure dealt us a blow, but it didn’t knock us out,” Jibrilu said. “We were battered, and we were bruised, but we’re still rocking.”

Recovering and investing together

With 15 of the country’s 16 islands up and running, the Bahamas continue to grow and invest in the tourism sector, announcing a series of exciting new projects slated for this year and beyond.

With added lift from key U.S. markets (82 per cent of visitor arrivals) as well as increased connectivity from Canada (7 per cengt of visitor arrivals), seat capacity to the Bahamas is expected to increase by 2.5 per cent in the next three months, despite a decline from top connected markets in Fort Lauderdale (-10.4%), Miami (-2.6 per cent) and New York City (-0.8 per cent).

Out of Montreal, Air Canada has increased its service to fly to Nassau four times a week as of this January, and from Calgary, WestJet flies to Nassau once a week. Currently, North Americans represent 89 per cent of foreign visitor arrivals to the Islands of the Bahamas.

Focusing on the promotion of the lesser-known islands is also a priority for the Bahamas Ministry of Tourism this year, as Jibrilu noted that once guests leave Nassau and Exuma and see what else the Bahamas has to offer, they happily rebook year after year.

“We’re seeking to expand direct airlift into our out islands because what that has caused is the exponential growth of Abaco, Eleuthera, Exuma, Harbour Island, and the Andros and Berry Islands,” Jibrilu said. “Growth isn’t Nassau-centric, it’s shared throughout our islands because of the ability to get there.”

Every single island is connected by Nassau, making a vacation or a day-trip to any of the outer islands incredibly easy. From Canada, travellers can enjoy direct flights into Exuma and Eleuthera, too.

Freeport was the last of the 15 to be labelled as open for visitors but has shown an incredibly strong rebound.

“Abaco was well connected to North America, and we look forward to the rebound of Abaco so that this can happen again,” Jibrilu said.

South Abaco is safe to visit and the airport is operating as normal, but Marsh Harbour, where Dorian struck directly, remains closed, and will be for a long time, Jibrilu stressed.

At the end of the day, one of the most important things for the tourism board is ensuring media and travel agent partners have the most up-to-date information in their hands prior to distributing the message on a global scale.

“We had reporters in Nassau, reporting on the devastation in Abaco and Grand Bahama, and they were showing those images but not making it clear that here in Nassau, there were no issues,” Thompson explained. “For the Bahamas, this was devastating because we’re a very tourism-dependent economy, and 80 per cent of our GDP is derived from tourism. The misconceptions out there affect the livelihood of every Bahamian, because seven out of every 10 jobs relate directly to tourism. If you affect that economy, there’s a trickling effect, so it’s really important that we get the right news out as accurately and as quickly as possible.” 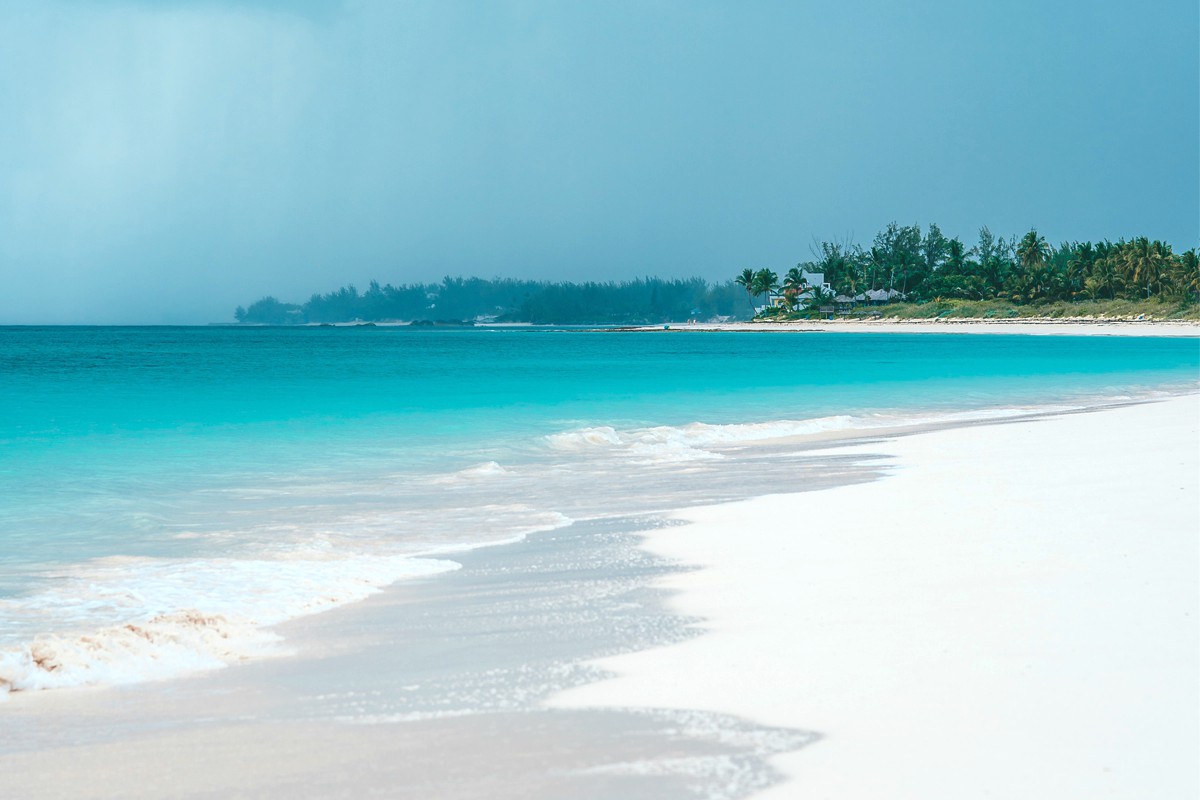 When the hurricane hit, media outlets around the world were quick to respond.

But throughout the recovery process, as the reports kept circulating, so too, did older images taken when Dorian first hit, which further fuelled the misconception that all 16 of the Bahamas islands were down and out, when truly, it was only Abaco and Grand Bahama.

According to Ellison “Tommy” Thompson, deputy director general, Bahamas Minister of Tourism and Aviation, as a result of inaccurate, or skewed reporting by international news outlets, those who had vacation plans in Nassau, Paradise Island, Bimini, Eleuthera, and Cat Island were under the impression that they had to cancel.

“We have to remember that the country is 750 miles from the most northern island, Bimini, to Inagua in the south,” said Ellison “Tommy” Thompson, deputy director general, Bahamas Minister of Tourism and Aviation, speaking with PAX in an exclusive interview at CHTA Marketplace. “The major tourism centre, Nassau and Paradise Island, which represents about 80 per cent of our tourism economy, were not hit at all. “Fifteen of the islands are open, and Abaco continues to be a work in process; it’s going to be a while before it’s back up and running.”

As a result, visitation numbers to other islands like Exuma or Eleuthera are currently seeing double-digit growth, as re-bookings soared. 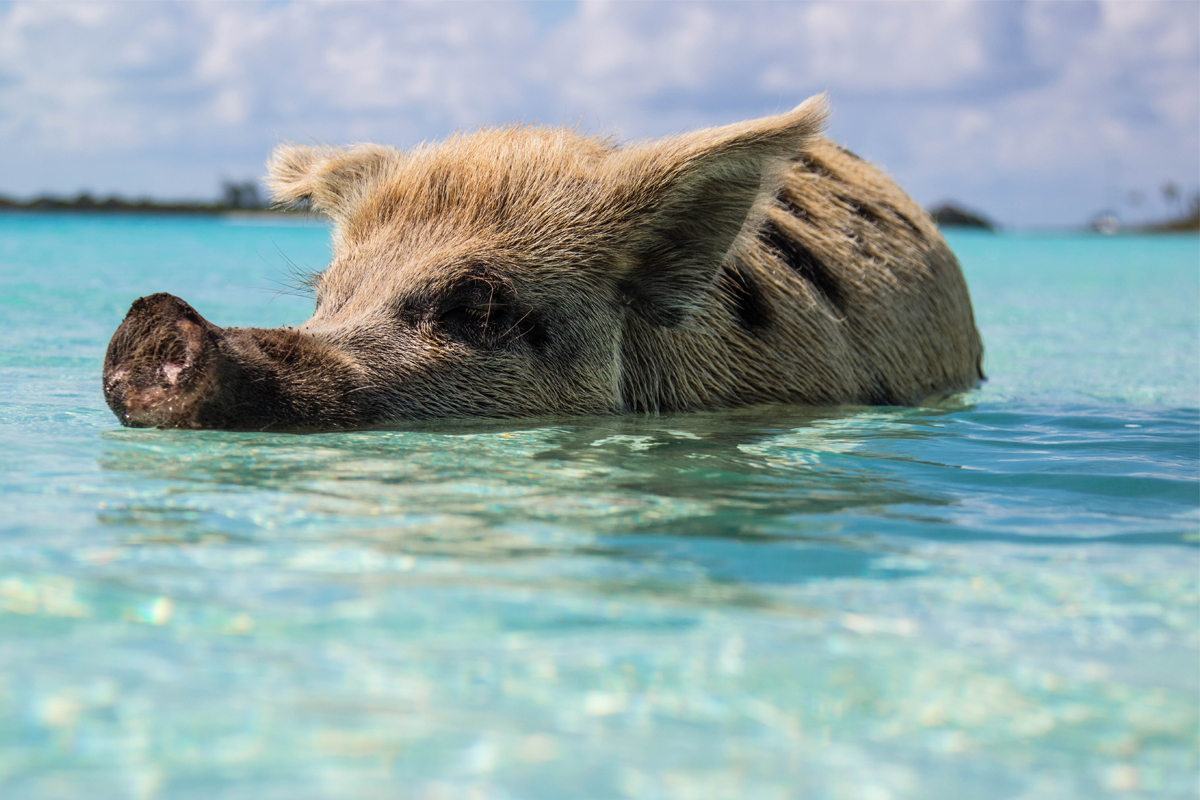 Major developments continue throughout Nassau, where things are business as usual, but the major one is currently underway at the Port of Nassau.

Nassau’s Prince George Wharf cruise port is currently in the midst of a $250 million-dollar transformation that will enable the port to welcome an extra four million passengers every year, which will undoubtedly feed the tourism sector and drive profit to the surrounding islands of the Bahamas. Upon completion, the port will be known as Nassau Cruise Port Limited.

“This project will begin the renaissance of the downtown Nassau area, and this will be open in 2022,” Jibrilu said. 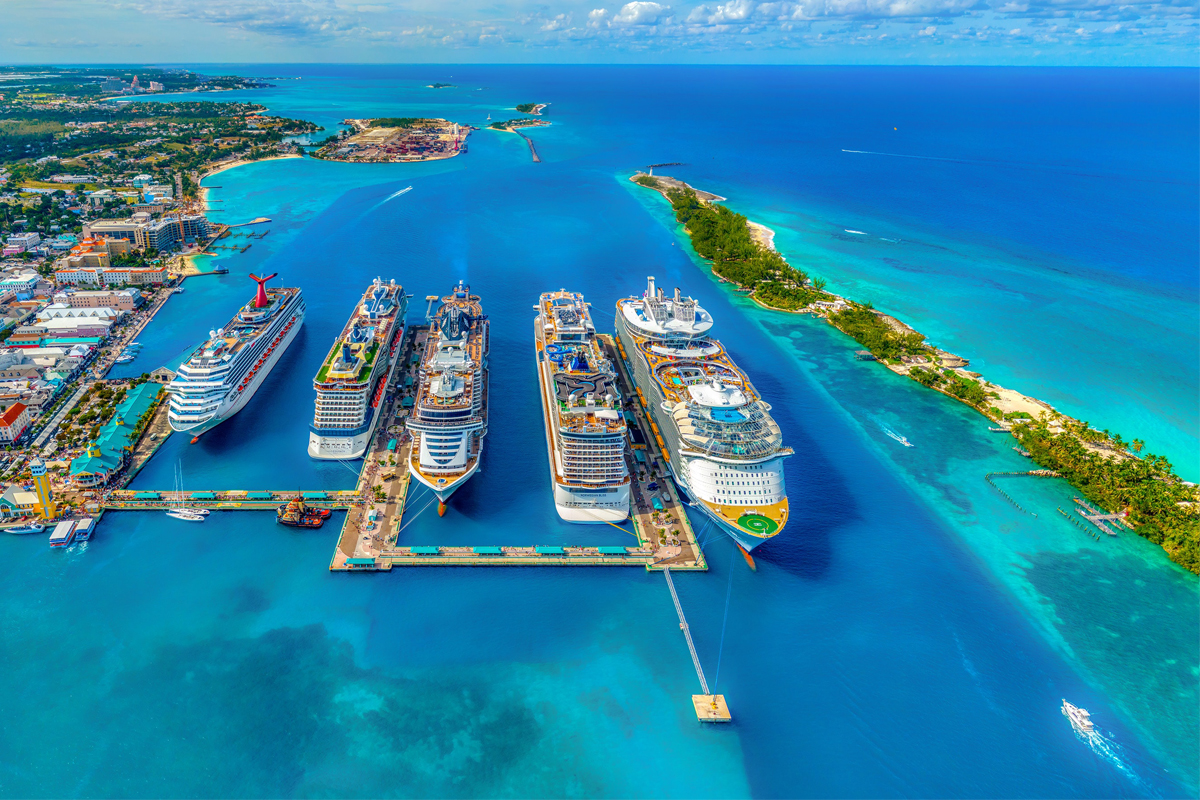 With Bahamas Paradise Cruise Line, guests can choose from a luxurious two or four-night stay in any of Nassau Paradise Island’s resorts.

The Bahamas Ministry of Tourism has also announced a brand new marketing campaign, called "Still Rockin'", which showcases the authentic storytelling of the Bahamian people post-Dorian, and aims to show travellers why The Bahamas is still rockin’ and urges them to add the destination to their 2020 travel plans.

Earlier this year, the Ministry debuted a new, multi-channel creative campaign featuring Bahamian-American rock legend Lenny Kravitz which reveals the authentic spirit of The Bahamas as a destination of adventure and discovery.

For all other updates on the Islands of the Bahamas, click here.