Located southwest of the main island of Japan (and roughly equidistant to Taiwan), the island of Okinawa has long been a beach destination for Japanese tourists in search of sun and sand.

Geography has blessed Okinawa with a warmer climate than that of Japan’s more northerly islands, and while the four seasons are still experienced here, summer is much longer – and the fall and winter much warmer!

This allows for an extended beach season, which generally begins in March and concludes in September.

Popular sun spots line the shores of Okinawa from north to south, including the artificial 21st Century Forest Beach in Nago, located in the park that also houses the Nago Civic Baseball Stadium, along with Busena Beach and Renaissance Beach, both found in two of the island’s popular resort areas.

For beach-goers seeking a different kind of experience, Okinawa’s smaller outlying islands, including Miyako, Kume and Ishigaki, all feature beaches of their own.

With their locations away from the main resort areas, travellers willing to make the short trip are rewarded with pristine stretches of sand in a more secluded setting.

While many beaches in Okinawa charge an entry fee, others – particularly those found on the smaller islands – are completely free to enjoy.

With the beaches, several beachfront resorts can also be found in Okinawa with a wide range of offerings for guests. These include several Japanese brands as well as international chains, including Sheraton and Club Med.

In addition to beaches, the ocean provides travellers with a number of other activities.

From January to March, humpback whales can be spotted off the coast of Zamami Island (west of the southern end of the main island of Okinawa) on their annual migration through the Pacific Ocean.

Thousands of visitors eager to catch a glimpse of the majestic creatures flock to Okinawa each winter, where numerous whale-watching tours are available.

Divers, take note - also occurring in the winter months is the gathering of thousands of hammerhead sharks near Yonaguni Island, the westernmost inhabited island of Japan. 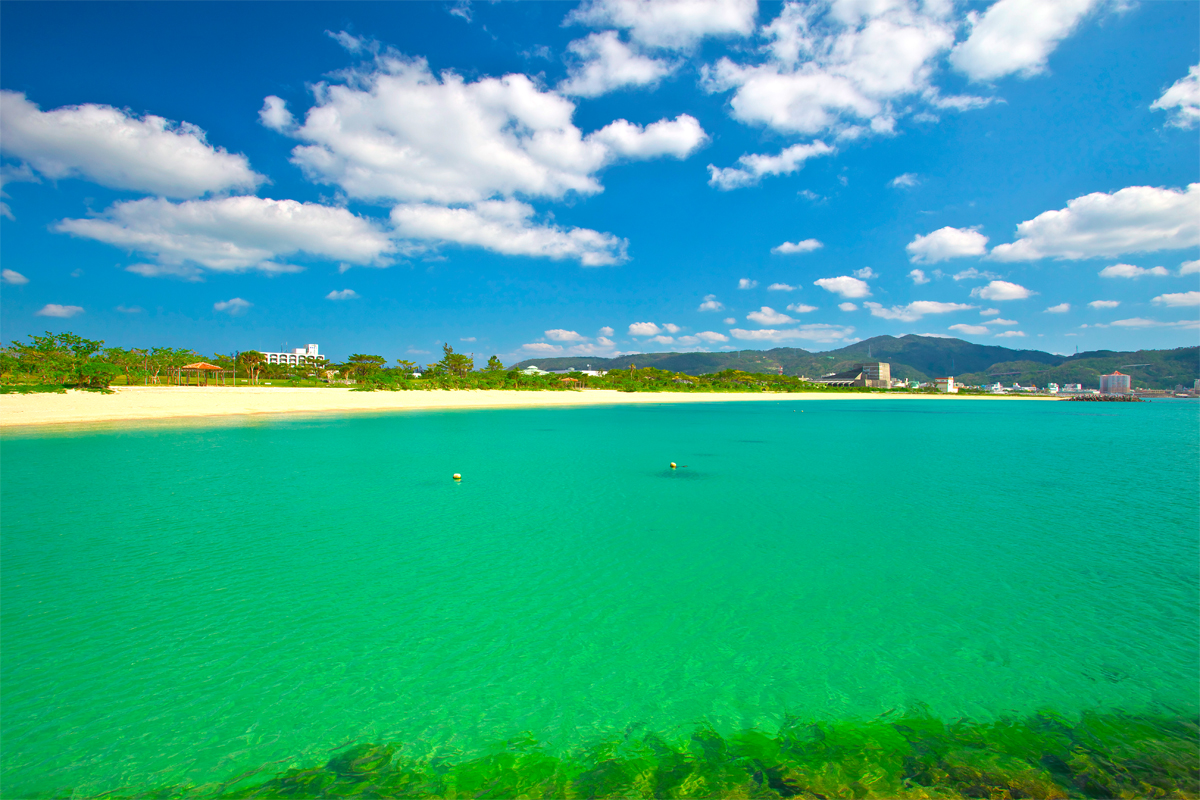 In addition to the annual shark display, the island also offers a unique diving opportunity in the form of the Yonaguni Monument, an unusual natural rock formation bearing a striking resemblance to steps carved in stone.

And similar to warm-weather destinations in the U.S., Okinawa boasts a number of theme parks and tourist attractions.

For visitors wanting to explore the ocean while on dry land, the Okinawa Churaumi Aquarium offers guests the chance to see Pacific Ocean life up-close. Of note is the presence of whale sharks in the aquarium’s main tank, one of the few facilities in the world to feature the giant fish.

Also among the notable locations are Okinawa Fruits Land and Nago Pineapple Park, both of which are located in the city of Nago and offer explorations of botanical gardens full of tropical plants and fruit.