With Western Canada contributing 95 per cent – yes, you read that correctly – of recent Canadian visitation growth to Los Cabos, agents can expect the tourism board to continue investing in the market, as the destination continues to grow.

PAX recently spoke with Rodrigo Esponda, managing director of the Los Cabos Tourism Board, on tourism growth from Canada, what Canadian travellers are looking for and the minimal impact that the closure of the Mexico Tourism Board has had on Los Cabos’ marketing activities.

“It’s a natural market, the fact that we’ve been so connected with the west coast of Canada,” Esponda said. “It’s so convenient to fly from BC and Alberta.

“That’s a good indication of the investment into the Canadian market,” he said of the overall Canadian numbers. “Two years ago, we started a very strong marketing and branding program, which has been paying off.”

On a related note, while U.S. tourism to Mexico has declined overall, Esponda added that Los Cabos has been the only Mexican destination to record growth from their closest neighbour, recording a 3.5 per cent boost in U.S. travellers. 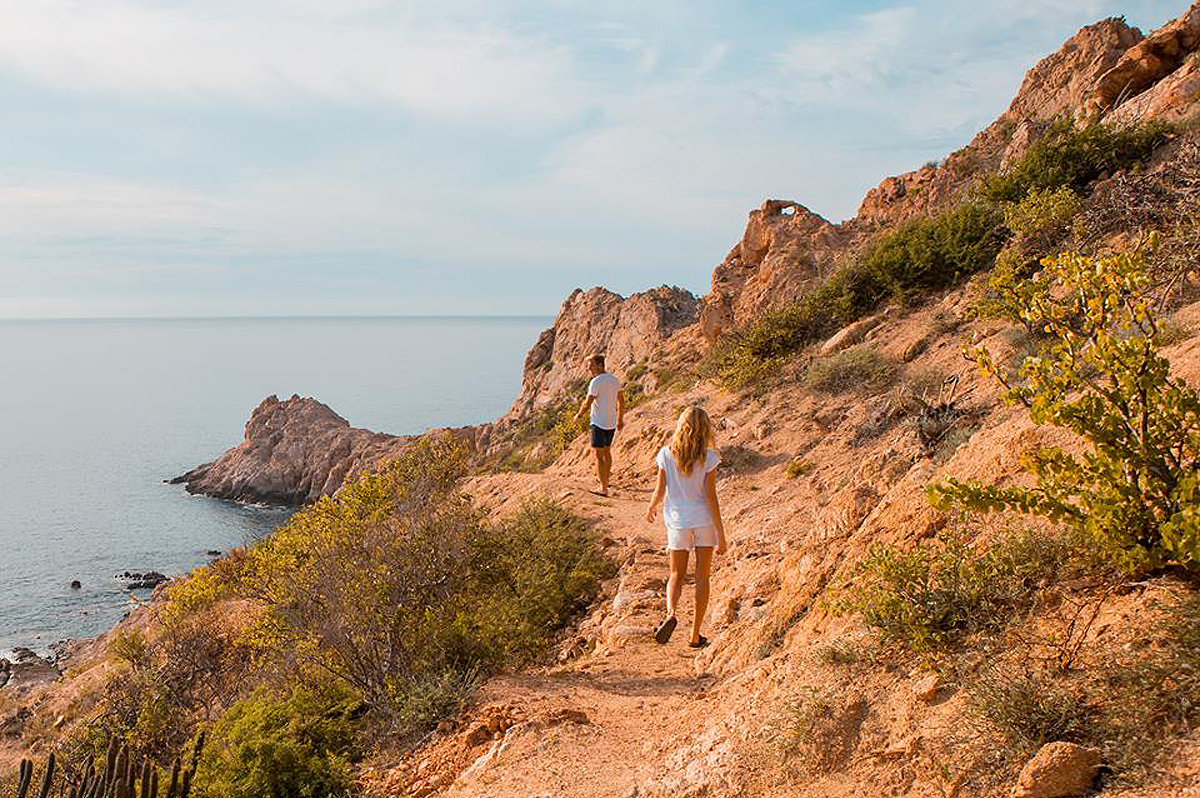 So what’s behind that double-digit growth rate? Canadians are visiting Los Cabos for a number of reasons, Esponda explained.

“The outdoors are one of the main motivators for Canadian travellers,” he told PAX. “We have a combination of scenery: the desert, ocean and mountains – and we’re the only destination that can provide that combination. Travellers can go on a hike or zipline in the mountains, followed by a 4x4 vehicle journey in the desert and then do a water activity like scuba diving or whale-watching.

“Canadians are active travellers and they find that the type of activities they can do in Los Cabos are unique.”

Esponda adds that while Canadian travellers have also traditionally been seen as motivated by price, he has drawn on his experience in the market (based in Toronto, Esponda served as the Mexico Tourism Board’s regional director for North America between 2011 and 2016) to reframe that view.

“I didn’t like that argument, so what I said is that Canadians are looking for value,” Esponda explained. “If you provide value and explain to them that the vacation they get in Los Cabos is worth the money, they will definitely visit.

“The experience is more personal and the service is more attentive and detail oriented.”

In response to the growing number of visitors, Esponda told PAX that the destination has welcomed several new properties with more set to open this fall. These include the all-inclusive Hard Rock Hotel Los Cabos which, at 600 rooms, will be among the largest in Los Cabos and will also offer the most convention space in a complex facing the Pacific Ocean. Part of the same complex as Hard Rock, Nobu Hotel Los Cabos opened its doors in April, marking the debut of the first Nobu hotel in Mexico with a boutique property "focused on luxury."

On the other side of the Baja Peninsula facing the Sea of Cortez, Zadun A Ritz-Carlton Reserve will open this fall with 140 rooms, along with Four Seasons Resort Los Cabos at Costa Palmas, set to open Nov. 1.

Further out, Esponda said that new hotels are coming from Aman in 2020, while 2021 will see new openings by Accor (which will open a SO/ Hotel), Soho House (the first in Mexico) and Caesars, which will open a non-casino property with 500 rooms. 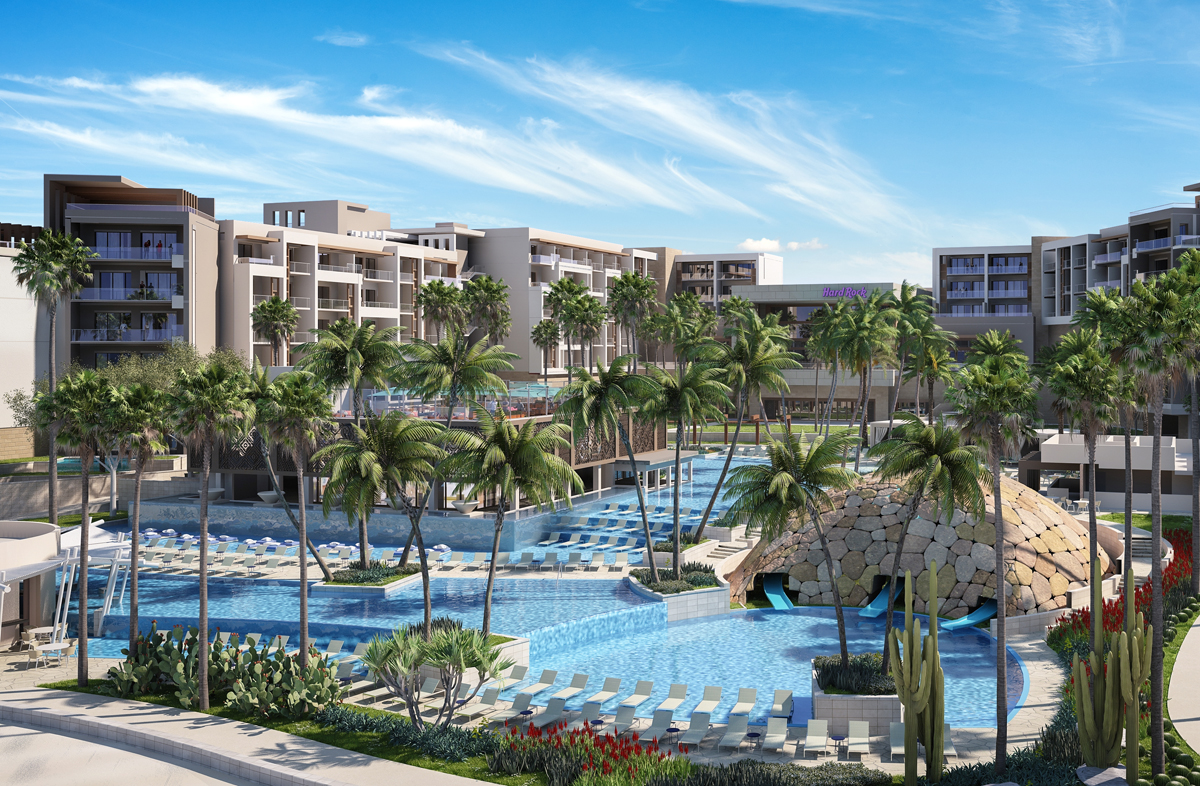 No MTB? No problem

While the dissolution of the Mexico Tourism Board earlier this year was seen as major blow to the both country’s tourism sector and the Canadian travel trade, Esponda said that the disappearance of the MTB hasn’t slowed down Los Cabos one bit – in fact, he told PAX that promotion has only increased and, in many ways, has also improved.

The MTB’s closure has also resulted in another familiar face to Canadians joining Los Cabos: earlier this spring, Fernanda Rosas, the former director of the MTB’s Montreal office, joined the Los Cabos Tourism Board as director of promotions.

“What we’ve done is invested more money, in the Canadian market in particular since it pays off – we’ve seen double-digit growth and we want to maintain that,” Esponda said. “We have to work harder – instead of relying on the MTB, we need to do it by ourselves. But we see that as an opportunity to be in closer contact with our partners and the travel agent community in Canada.”

The Los Cabos Tourism Board also recently opened a private trust fund to finance its promotional activities and so far, Esponda said that industry response has been overwhelmingly positive.

With $100,000 in contributions to date – from partners and suppliers including Los Cabos hotels, airports, restaurants and the Los Cabos International Convention Center – the board has used that money to establish a Los Angeles office and will appear at both the IMEX America 2019 and World Travel Mart tradeshows – held in Las Vegas and London respectively – with a dedicated Los Cabos booth featuring several local hotel partners.

And the future is even brighter, with Esponda projecting the fund to grow in excess of $2 million in the next year – some of which will be earmarked for trade initiatives in Canada.

“In Canada, we’re planning to launch a new marketing campaign and we’re discussing how to increase flights from more cities. In the east, we’re exploring more opportunities to grow; while the west is the natural market, we want to keep growing in the east.”